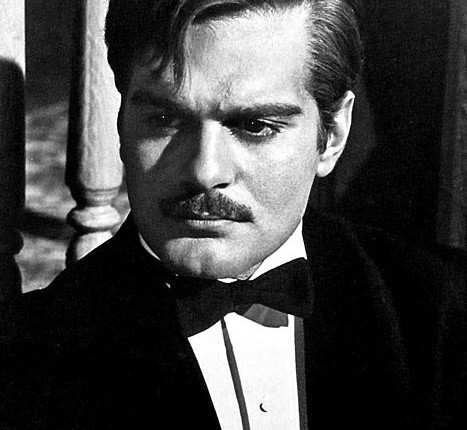 Although it only seems like a few weeks ago, one whole year has passed since the death of Egypt’s handsome mesmerising ‘Lawrence of Arabia’ Omar Al-Sharif.

On a Friday morning, people woke up to the news of their beloved award-winning super star’s death, due to a heart attack at the age of 83.

Between disbelief and agony, people bid Al-Sharif farewell in a massive funeral that included his closest friends and fans. Even though Al-Sharif was diagnosed with Alzheimer’s disease before his death, people found it hard to accept the departure of their favourite actor.

Throughout the past year, Al-Sharif was commemorated at several events for the value he had added to the history of international cinema, starting with the Cairo International Film Festival that took his name as a theme for this year’s edition. It also held a commemoration evening which witnessed the attendance of many actors, who were friends with Al-Sharif, as well as his son.

Despite the fact that he was never awarded an Oscar, Al-Sharif was also remembered at this year’s Academy Awards in the Memoriam section, as he was once nominated for the best supporting actor for his role in Lawrence of Arabia.

Until the very last few days of his life, Al-Sharif worked on a science fiction film featuring the inventions of Muslim scientist Al-Hassan Ibn Al-Haitham. The film is yet to be released in theatres.

Aside from his fame in Egyptian cinema, the renowned actor also had starring roles internationally, including in Lawrence of Arabia (1962), Doctor Zhivago (1965), and Funny Girl (1968). He was an Academy Award nominee and received three Golden Globe awards.

Omar Sharif passes away with 1 final film to be released

Omar Sharif passes away at 83