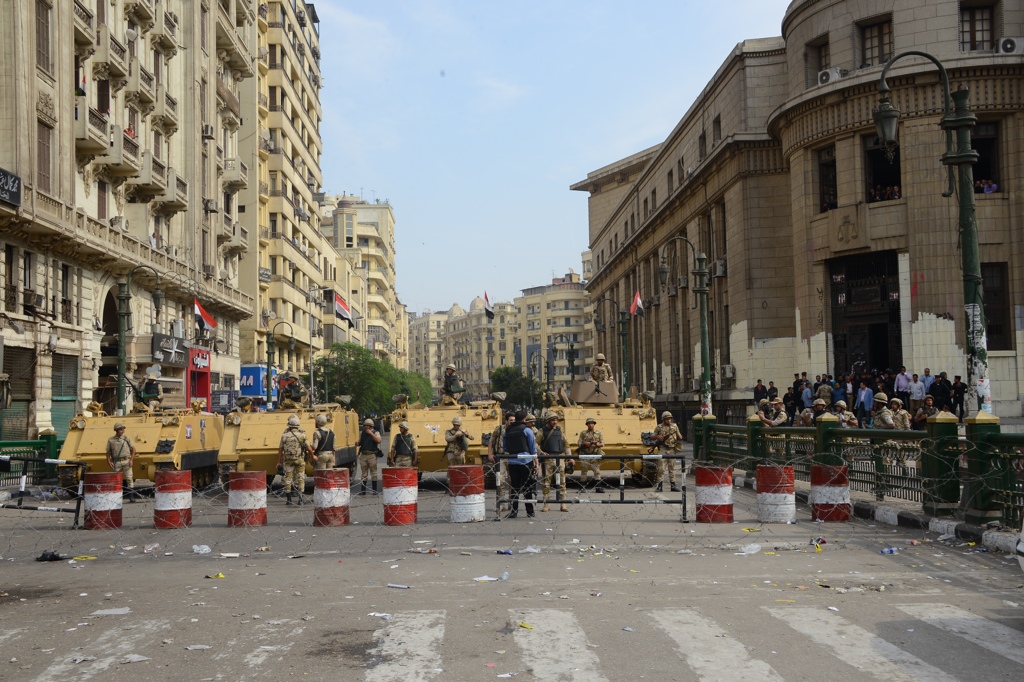 Heavy fighting, hundreds dead, thousands on the run and urgent appeals from the international community for an end to the violence: the story unfolding in South Sudan seems sadly familiar.
Rival factions took up arms again in South Sudan’s capital of Juba on Monday in the fifth day of fighting between troops loyal to President Salva Kiir and soldiers backing Vice-President Riek Machar. Current confrontations started on Thursday night, raising fears of another full-blown conflict after a two-year civil war. Peter Schumann, former director of the United Nations mission to Sudan, told DW: “My understanding, from what I see and what I hear from Juba is that the probability of it [the situation] escalating into a full-scale war is much higher than it stabilizing.” Schumann is worried that the situation is very similar to the one that led to a civil war in December 2013.

There are conflicting reports on the number of dead, but they are estimated to be in the hundreds. The United Nations have called for an immediate end of the battles and the fulfilling of the peace agreement signed by the two leaders in August of last year. This came about after intense pressure from the international community and ended the two-year civil war. The UN has also warned that attacks on civilians, U.N. personnel and U.N. premises, all of which happened in the last couple of days, might amount to war crimes that would need to be investigated.

Ahmed Soliman, research associate at the British think tank Chatham House, says the one positive thing in the middle of this renewed violence “was its very rapid condemnation not only by the leaders themselves, but also by the UN Security Council, the regional body IGAD (Intergovernmental Authority on Development) and the African Union, as well as the pleading for peace by the South Sudan Council of Churches.” Soliman hopes that this swift reaction may prevent the violence from spreading.

Both Kiir and Machar maintain that they do not know how and why the clashes started. This has raised concerns that they may not be in full control of their forces, namely the Sudan People’s Liberation Army in the Government (SPLA-IG) led by the president, and his opponent’s Sudan People’s Liberation Army in Opposition (SPLA-IO). The SPLA used to be the united armed wing of the rebel movement SPLM (Sudan People’s Liberation Movement), formed in 1983 to fight for independence. Largely Christian South Sudan won its independence from Sudan, a majority Muslim country, in 2011 after two decades of fighting. Then the SPLA fell into factions along ethnic lines.

Kiir and Machar have long been rivals for power. The former vice-president accused Kiir of rigging the country’s first elections, and still stands by this accusation. According to DW correspondent James Shimanyula, author of several books on South Sudan, the two leaders’ relationship was distorted by deep mistrust from the start: “Salva Kiir is an ethnic Dinka, the largest ethnic group in South Sudan. And Machar comes from the Nuer tribe. Both sides have their own soldiers inside the army.”

It was in the army that trouble began. Riek Machar pushed for the promotion of Nuer soldiers to higher ranks. This led Kiir to believe that his rival was planning a coup. In July of 2013 he fired his vice-president and six months later he ordered the President’s Guard to be disarmed. An alleged new order to re-arm only the Dinka guards led to clashes among the soldiers. Kiir immediately accused Machar of staging a coup. Fearing for his life, Machar fled the capital.

The ensuing civil war cost tens of thousands of lives and an estimated two million people had to flee their homes. It also paralyzed oil production and kept investors away, further exacerbating the county’s economic problems. Because of these problems, Independence Day celebrations were cancelled this year.”Oil accounts for 98% of South Sudan’s economy. Almost three quarters of the government’s expenditure comes from oil”, says expert Shimanyula. To complicate matters, oil reserves are located mainly in the states of Unity and Upper Nile, north of Juba. Riek Machar is from Upper Nile, Shimanyula says. If he takes up arms again “and then seals up Unity State and the Upper Nile”, he might split the country into two.

A costly failure to implement the peace agreement

Riek Machar returned to Juba in April. A new transitional government of national unity was established. But the two leaders failed to work out a way to get the peace process going. Experts say the failure to implement swiftly key elements of the August agreement, such as the re-integration and demobilization of combatants, have allowed tension to fester. On Monday, claims that presidential troops had attacked Riek Machar added to the tensions. South Sudan’s ambassador to Germany Sitona Abdalla Osman told DW that this did not happen: “The first vice-president was with the president when this incident erupted. After that he was given a guard to protect him.”

Ambassador Osman is adamant that both leaders are trying to keep the peace process going and points out that Kiir called for calm and formed a commission to investigate the violence. That raises the specter of a head of State who is not in charge anymore and the question who is. As is usually the case in Juba, says expert James Shimanyula, the capital is rife with rumors about a coup attempt that would aim at sidelining both Kiir and Machar.

But Chatham House’s Ahmed Soliman points out that the presence of lots of soldiers in Juba who have only recently been fighting each other and have yet to go through a planned process of reconciliation was conducive to a flaring up of violence: “It would have only taken a match to ignite something and that seems to have been what’s happened here. Hopefully the fighting can be curtailed and leadership can exercise some kind of command and control.”

Former UN coordinator Peter Schumann is less hopeful. He believes that neither Kiir nor Machar have demonstrated any ability to bring stability back to the country: “Both of them have to leave the arena. We need a fresh leadership; we need a completely new setup in South Sudan.”