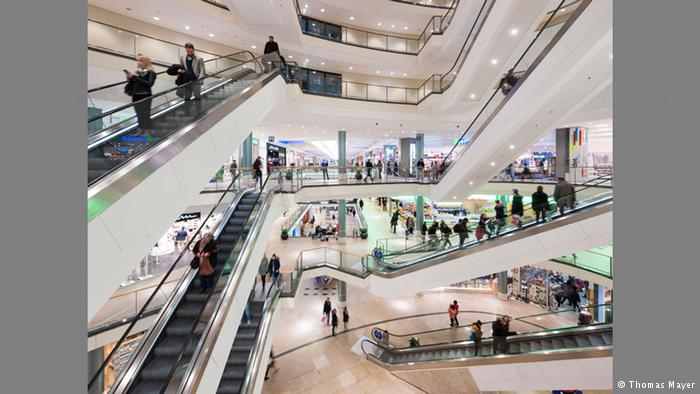 Invented 60 years ago, the mall has shaped and reflected consumer culture ever since. Discover these controversial, innovative or failed architectural experiments, currently featured in an exhibition in Munichshopping mall.
As the inventor of the concept of the modern mall, the Austrian architect Victor Gruen “may well have been the most influential architect of the 20th century,” wrote Malcolm Gladwell in “The New Yorker.”

Gruen designed not only the US first mall, the Southdale Center in Minnesota that opened in 1956, but over 50 malls in the US until the mid-1970s. However, he actually resented what these shopping centers turned out to be and didn’t like to be called the father of this type of architecture. “I refuse to pay alimony for those bastard developments,” he declared in 1978.

For better or worse, malls have been sprouting up throughout the world for the last six decades. They remain one of the most controversial type of buildings; each new project is typically stalled by protests.

Though spectacular new buildings are still being conceived, more and more malls are dying, as consumers are changing their shopping habits. From the initial “bunker” style architecture in the suburbs, modern centers have evolved to maximize the shopper’s experience – and that can be challenging when one simply needs to buy something quickly.

The exhibition “World of Malls – Architectures of Consumption,” organized by the Architecture Museum in Munich, explores the transformation process of the shopping mall from the 20th to the 21th century. The show is held at the Pinakothek der Moderne from July 14 through October 16, 2016.