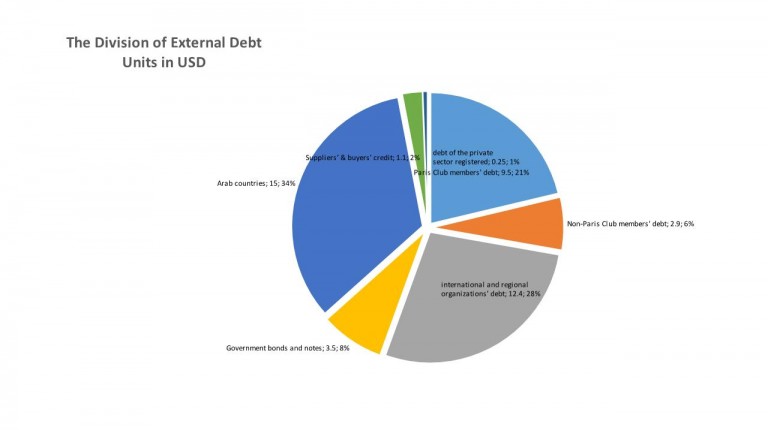 Minister of International Cooperation Sahar Nasr’s recent remarks that future generations will not bear the burden of Egypt’s debt have proved controversial.

The fact of the matter is, says Professor of Economics at Cairo University Reem Abdel Halim, that the debt problem in Egypt is still too big and too wide-spread, meaning that it definitely will burden future generations.

The biggest problem facing the current government is borrowing. “The government asks for money, simply because it can,” she said. “When the government borrows money, it does so without prior planning for spending or managing these funds.”

Abdel Halim noted that the government lacks the knowledge on how best to spend loans. She, however, praised the presidential decree that bans the government from seeking loans without feasibility studies. “I hope the decision is implemented,” she said, expressing her doubts about the government’s commitment to it.

The government has spent a lot of foreign currency on large-scale projects that were either unimportant or did not achieve the desired result, Abdel Halim said, referring to the new Suez Canal Development Project, which hardly returned the desired goals. According to her, the only positive project is the National Roads Network, which should be followed by a large sub-road network to link cities and governorates together and to help spread local production.

According to the professor, the majority of investments are angled at the construction sector, which she described as catastrophic. This will cause a major crisis over the medium term, especially after the high demand these projects garnered following the extensive advertising campaign during Ramadan.

She explained that real estate projects do not generate foreign currency and the demand on the projects will absorb the liquidity as citizens see real estate as a safe haven for investment, causing a continuous rise in prices. She noted that once the prices of real estate hit a certain limit, there will be no buyers, which will lead companies to stop investing and the economy to lose one of its major gears.

As for the 1.5m feddans reclamation project, Abdel Halim described it as overestimated. The government should only develop the agriculture sector in parallel with the industrial sector through the establishment of quality controls and authorities that allow industry to raise its own efficiency, she said.

She explained that the industrial sector can be developed through loans by improving state-owned factories and companies to produce sophisticated products that can be exported and compete in foreign markets on the basis of quality and not lower prices. “The state only supports exports by subsidising the prices, without focusing on quality,” she said.

Abdel Halim’s response to the minister’s remarks is that there are no loans that do not inherit debts.

The only way for the government to exonerate future generations from debt is to utilise these loans to make economic advances that can generate revenues, she explained.

President Abdel Fattah Al-Sisi met with Governor of the Central Bank of Egypt Tarek Amer to discuss ways to increase the state’s resources of hard currency. But Abdel Halim thinks the crisis must be dealt with as a whole, saying that the government should restore investors’ confidence in the banking sector so they would deposit their hard currency in banks. She explained that the blundering decisions taken during the last period destroyed the population’s confidence in the banking sector, which resulted in keeping hard currency away from the sector and giving rise to unofficial currency exchange channels.

“Superficial solutions, referring to Belady dollar certificates, can only return with failure,” she said, noting that the margin between exchange prices on the official and the unofficial markets is up to 25%, which is too wide for the government to offset.

In conclusion, Abdel Halim said that the general economic situation is bad and urges the government to restructure public debt, inject funds into attractive sectors for foreign liquidity, and work to manage the crisis quickly.