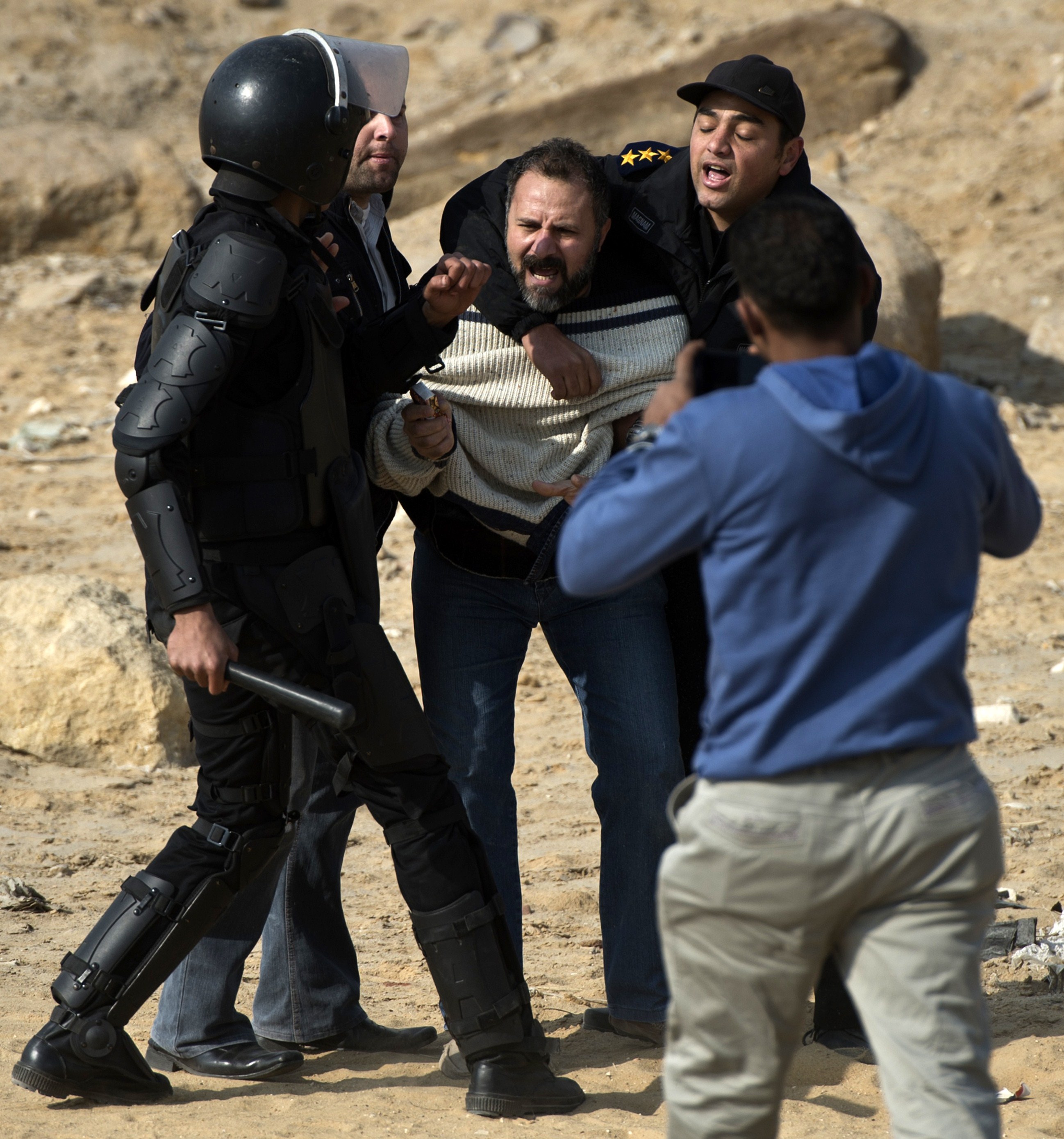 In another incident leaving the Ministry of Interior accused of beating suspects to death, the family of Mahmoud Hamed accused security personnel from the Housh Eissa police station of assaulting their relative, leading to his death, while arresting him on Tuesday.

The Ministry of Interior said on Tuesday that a police force, headed by Captain Ahmed Al-Sisi, arrested Hamed from his residency in Housh Eissa in Beheira. Hamed was wanted on charges of wasting public money.

His family asserted that they had told the officer Hamed suffered from a heart condition, in order to prevent the arrest, but the officer refused. The family said Hamed was beaten to death by Al-Sisi and fellow officers.

Al-Shehab Centre for Human Rights cited sources in the Housh Eissa hospital, saying that once Hamed’s body arrived at the hospital, security forces also came “fearing anyone would take a picture of the body”.

The Ministry of Interior told Daily News Egypt that the hospital report read that Hamed died from a heart attack and did not have any “apparent signs [of torture] on his body”.

The hospital was not available for comment or clarification.

The Housh Eissa Prosecution Unit ordered the body to be examined by the Forensic Medicine Authority, to investigate whether or not Hamed was subjected to violence.

Hamed’s family itself is divided over the case, as elderly members decided not to file a police report, while the younger members insisted on filing a report against Al-Sisi and the other officers, accusing them of murder.

A family member told Daily News Egypt : “The family had been oppressed for three years, and to avoid further oppression, we decided to bury our uncle without causing any problems.”

Al-Sisi belongs to the investigation bureau which is in charge of arresting accused individuals who need to be interrogated by authorities.

Following the death of Hamed, dozens of fellow neighbours protested, chanting against the police and government and heading to Hamed’s house in demonstration. The protesters also blocked the road and set fire to car tyres.

Although the Ministry of Interior often claims that violence against civilians committed by officers are “individual acts”, human rights organisations assert that torture and extra-judicial violence have become a guide to case investigations.

Violence and deaths during arrests have been on the rise since the ouster of Muslim Brotherhood president Mohamed Morsi. Usually the police claim that the victim died from natural causes, but under local pressure from families or civil society, the involved officers are sent to court and receive prison sentences.

On Tuesday, six police officers, who were accused of torturing Luxor resident Talaat Shabeb to death, were sentenced to three to seven years in prison.