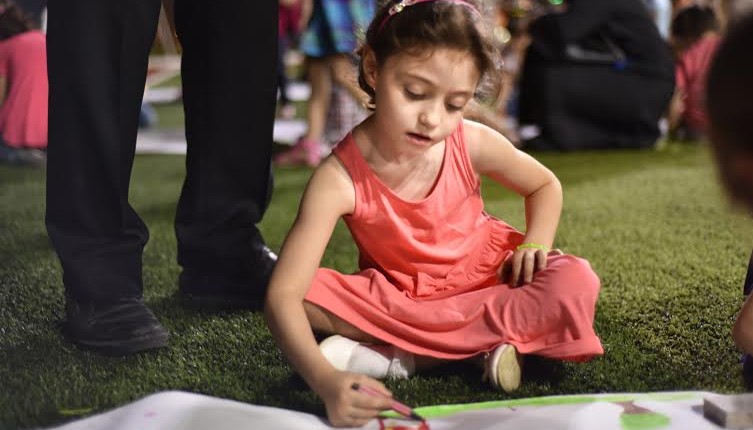 For five years, since the Syrian civil war started, hundreds of Syrian refugees left their homes, lives, and families and have come to Egypt looking for a safe place to stay. However, trying to adapt to a new society and being surrounded by people from different backgrounds, some people can get distracted from enjoying the happiness and the celebration that comes during Eid Al-Fitr.

In an attempt to bring a smile to the faces of Syrian refugees and integrate them into Egyptian society, the Syrian NGO Syria Al-Ghad organised a celebration for Eid Al-Fitr a few days ago.

Even though the event was held days after Eid was over, hundreds of Egyptian and Syrian families, as well as families from other nationalities, attended the gathering that was held in a park in 6th of October City.

Attendees were able to take a short break from the troubles preoccupying their minds to enjoy the event. Parents listened to a choir that sang traditional Syrian songs, while children played with inflatable floor mats and danced to the songs that brought memories of their homeland.

“These types of celebrations are very important for the Syrian community as well as Egyptians,” said Manhal al-Yamani, the organisation’s media head. “They constitute a chance for people to get to know each other and celebrate despite the difficulties of their everyday lives.”