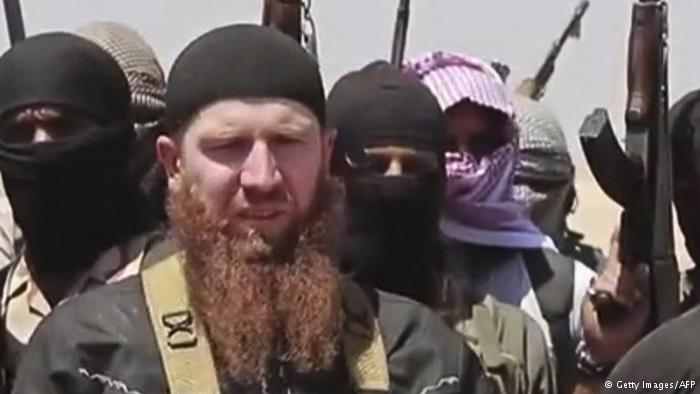 An “Islamic State” linked news agency has reported the death of the group’s “minister of war,” Omar al-Shishani. The US claimed to have killed him in March.
A top IS commander, Omar al-Shishani, has been killed south of the Iraqi city of Mosul, the Amaq news agency said on Wednesday.

The jihadist-linked news agency said Shishani was killed “in the town of Sharqat as he took part in repelling the military campaign on the city of Mosul,” Iraq’s second largest city that fell to the militants in June 2014.

Sharqat lies south of Mosul, an area where the Iraqi army has made gains against the group. The Iraq army recently bypassed the city to retake the Qayyarah air base, which the Pentagon said this week will be a “springboard” for an eventual assault to recapture Mosul.

The US military has likened Shishani to the IS’ “minister of war.” In March, the Pentagon said it believed Shishani had died from injuries sustained in a US airstrike in northeastern Syria.

Amaq had previously denied Shishani was killed in March but didn’t provide evidence he remained alive.

It was not immediately possible to reconcile the conflicting reports or determine when he died. Shishani had been declared dead multiple times by anti-IS coalition officials and on social media.

Also known as “Omar the Chechen,” Shishani was born in Georgia’s Pankisi Gorge region, an area populated by ethnic Chechens. Hundreds of battle hardened Chechen jihadists have flocked to join IS and other militant groups in Syria and Iraq.

Known for his distinct red beard, Shishani fought with Chechen rebels against the Russians before joining the Georgian military in 2006. He then fought again against Russia in Georgia’s brief 2008 war.

He later became a commander in northern Syria leading a group of foreign fighters who ultimately joined IS. He was believed to be a close confident of IS leader Abu Bakr al-Baghdadi.