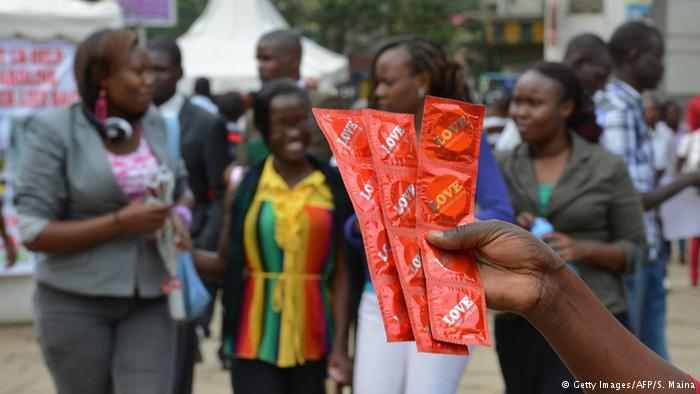 The South African city of Durban is the venue for the 2016 World Aids Conference. Sub-Saharan Africa will feature prominently on the agenda, a region where the infection rate has decreased by over 40 percent since 2000.
Which strategies are most effective in the battle against HIV/Aids? DW looks at how four African countries are responding to the challenge.

Ethiopia is regarded as a model in the fight against the virus HIV and the disease Aids. Between 2001 and 2011, the number of new infections in the East African nation dropped by 90 percent, more than in any other African state. During the same period, the number of people who died of Aids also declined by more than half.

The decreasing infection and mortality rates are mainly due to antiretroviral (ARV) treatment. ARVs prevent the HIV virus from spreading and damaging the body’s immune system and also allow people to live a largely normal life with the disease. Since 2005, the drug has been distributed across Ethiopia free of charge.

In remote villages, trained medical staff ensure every HIV patient takes his or her medication. Nearly 2,500 health clinics offer care and support to pregnant women to prevent mother-to-children transmission. In addition, between 2013 and 2014 some 9.6 million people – one in ten Ethiopians – were tested forr Aids.

Fewer than six percent of Kenyans live with HIV/Aids. That’s about 1.5 million people. The number of new infections also fell significantly in recent years. In 2005, 28.3 percent of infected mothers transmitted the virus to their children. Five years later, that figure had gone down to 8.5 percent.

Meanwhile, more than 90 percent of all pregnant Kenyan women go for Aids tests. In 2000, there were only three health facilities where Kenyans could consult medical practitioners and get tested for HIV. In 2010, the number of health facilities offering HIV consultations had increased to more than 4,000.

The main reason for the reduction in the HIV/Aids prevalence in Kenya is the supply of ARVs. In 2003, only 6,000 people had access to the medication. Ten years later, that figure increased to more than 600,000.

The Kenyan government also regards voluntary male circumcision as a weapon in the fight against AIDS. This reduces the risk of infection among men by about 40 percent, according to studies. Since 2003, HIV/Aids education has been a compulsory element in school curriculums. About 70 percent of the cost in fighting HIV/Aids in Kenya is footed by external donors.

Burkina Faso: support fund for the sick and orphans

In most of western Africa, the percentage of HIV infection was far less than in eastern and southern Africa. In 2000, Burkina Faso had a prevalence rate of around six percent, one of the highest in the region.

Today, according to estimates by UNAIDS, only 0.8 percent of the population is infected with the virus. The government responded early and showed its determination to fight the epidemic.

In 1987, the Burkinabe government implemented its first action plans. Together with international donors, the private sector and local communities, it invested large sums in ARVs, opened a support fund for HIV/Aids infected people, and started training thousands of health workers. In addition, the government began a massive behavioral change campaigns and distributed condoms.

In Uganda, the Aids epidemic reached its peak in the 1990s. Approximately 18 percent of the population was infected with the virus. The Ugandan government and international aid agencies launched ambitious and expensive educational programs with the slogan “Abstinence, faithfulness and condoms.”

Surprisingly, a major reason for this is the widespread usage of ARVs and the circumcision of men. Many Ugandans believe that the ARV therapy can cure the disease completely and that male circumcision rules out any risk of infection – as a result, more people are abandoning the use of condoms.

‘I’ve had to adapt’: Play presents Egyptian perspectives on living with HIV