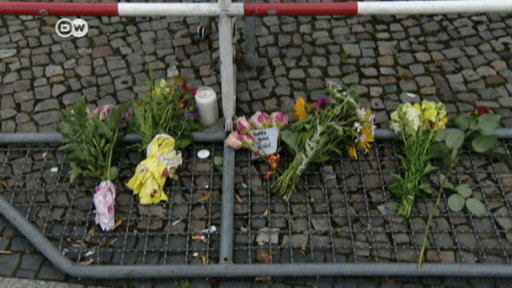 In the wake of Thursday’s terrorist attack in Nice, France, German tour operators have offered no-fee cancellations to clients who booked holidays in the town. They’re also offering help to clients already there.
German tour operators including DER Touristik, Thomas Cook, and TUI have announced they will offer clients the option of re-booking or cancelling package holidays to Nice. TUI’s offer is valid until the end of July, whereas DER Touristik and Thomas Cook’s offers are only valid until this weekend.

Anyone who booked a trip to Nice with TUI Germany for the time-span up to and including July 31 will be able to re-book or cancel it fee-free, according to an AFP report quoting TUI spokesperson Anja Braun.

DER Touristik is offering fee-free cancellations and rebookings for holidays scheduled to leave Nice on Friday or Saturday according to company spokesperson Katharina Mautz.

Thomas Cook spokesperson Isabella Partasides said the company was offering fee-free cancellations or re-bookings of Nice holidays up to and including Sunday.

All three companies indicated that they only had a small number of clients holidaying in Nice at the moment, so the consequences to their bottom lines are expected to be very minor.

Some other players in the town’s tourism industry may be hit a bit harder. Hotel operators in Nice on Friday reported “numerous cancellations since yesterday [Thursday] evening,” according to the president of the town’s association of hoteliers, Denis Cippolini.

Nice is a 2,400-year-old port town on the southeastern Mediterranean coast of France, between Cannes to the west and Monaco to the east. The fifth-largest town in France, its metro area is home to about a million people. It became a popular resort in the second half of the 18th century, when an increasing number of aristocratic families – many of them from England – got in the habit of spending the winter there.

That’s why the city’s main seaside promenade is called the “Promenade des Anglais,” or Walkway of the English. That’s where Thursday’s tragic terrorist attack took place on a Bastille Day crowd watching fireworks from the waterfront.

The attack was carried out by a 31-year-old Tunisian-born resident of the city, a divorced father of three who had been been previously known to police for infractions including domestic violence and theft. The man drove a truck in a zigzag pattern through the crowd, killing at least 84 people, with dozens more critically wounded. At least three German citizens – two students and a teacher from Berlin were among those who died. Anguished families sat in groups on the promenade for hours after the attack on Thursday night, holding the hands of their dead relatives.