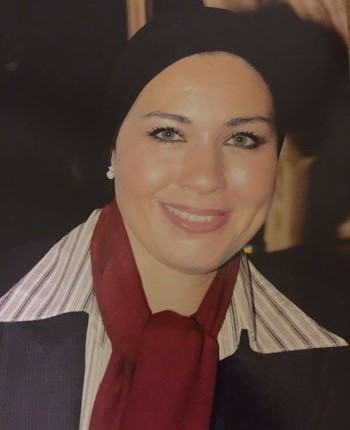 Following intensive investigations, the prosecution decided on Saturday to release the accused police officer. The officer was not charged, according to Al-Ahram.

The incident took place following a quarrel that erupted between Salem and a non-commissioned police officer. The MP was defending her relative who was being held in custody over charges of harassment, according to the prosecution’s minutes published in Al-Ahram.

“The nephew of MP Zeinab Salem harassed a Nigerian girl who was walking with her brother and mother in Nasr City. He also assaulted her brother using a knife,” the prosecution documents read.

During the quarrel, another more senior police officer interfered and assaulted Zeinab, according to the preliminary investigations into the assault.

Prosecution investigations referred to the probability of removing the “parliamentary immunity” that Salem enjoys in order to opening investigations into the MP.

The decision came after a video provided by the officer showed that MP Salem initiated the quarrel by insulting officers inside the police department.

The video, which was heavily circulated on several social media outlets, shows the MP and her nephew inside Nasr City police department screaming and shouting while a number of officers are trying to calm them down.

The video also shows Salem threatening officers by saying that she could get them fired from their positions and promising her nephew that she would force those officers to “sit in their homes”.

Regarding Salem’s nephew, the prosecution decided on Saturday to put him in jail for four days pending investigations.

In the same context, the Ministry of Interior issued a statement on Friday evening, asserting that Interior Minister Magdy Abdel Ghaffar has sent the head of the ministry’s media office to check up on Salem regarding her health.

“In addition to sending a representative, Interior Minister Magdy Abdel Ghaffar called MP Zeinab Salem to assure that she is well. During the call, the minister said that the Ministry of Interior will not grant any member or official immunity from wrongdoings. He added that the incipient will be settled through prosecution investigations,” the statement read.