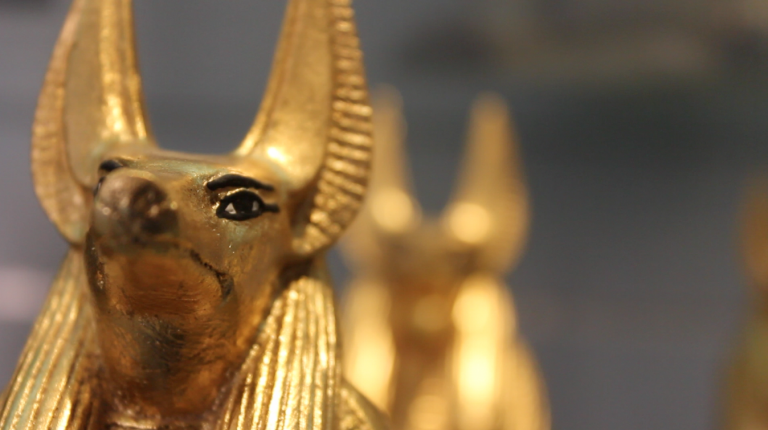 To overcome declining tourism revenues, the Ministry of Antiquities launched its first exhibition for high-quality replicas. The opening of the exhibition at the Egyptian Museum in Tahrir Square on 14 July saw many ambassadors and cultural counsellors from a number of African, Asian, and European countries in attendance. One of the highlights of this exhibition is King Khufu’s rare papyrus collection which was discovered two years ago but has only just been revealed to the public.

“The goal of this project is to create alternative financial resources to replace the tourism sector’s declining revenues, which have dropped to less than EGP 250m from EGP 1.25bn before the 25 January Revolution,” said supervisor for the scientific publication administration at the Ministry of Antiquities Hussein Abdel Baseer.

According to the latest records of the Central Agency for Public Mobilisation and Statistics (CAPMAS), the number of tourists decreased from 834,600 tourists in March 2015 down to 440,700 in March 2016.

“This step will also help raise people’s awareness about Egyptian archaeology and the unique antiquities we display in our museums.  We used to have a gift shop with some replicas of the original monuments, but it shut down following the attack on the Egyptian Museum on 28 January 2011,” he added.

The ancient Egyptian art revival centre and the replica production unit have been working on producing a large number of high-quality replicas for several years, such as copying the antique collection found in Tutankhamun’s tomb. The ministry has also published a large number of archaeological books since 2011 that will be sold at reasonable prices at the exhibition.

“Unlike other ministries, the Ministry of Antiquities relies on self-funding. This includes profits from ticket sales and books in the museums and cafes at archaeological sites. Under supervision of the minister, Khaled El-Anany, we are trying to come up with innovative ideas in order to fund our different institutions,” Abdel Baseer said.

The first day of the exhibition was incredibly successful. “The exhibition has already managed to attract a large number of people because it sells different pieces at reasonable, competitive prices compared to private shops found in Khan El-Khalili,” he said.

From 14 July to 29 August, the permanent exhibition is offering an extra 20% discount on all replicas.

This is not the ministry’s only plan for increasing tourism revenues in Egypt. “We intend to hold more international exhibitions to showcase original antiquities in Japan and England.  We also have other plans to renew the cafes and restaurants in the pyramids area and establish new shops and cinemas in the museum of civilisation,” he said.

A photo, taken by the backdoor of the museum showing a number of golden replicas on the back of a truck, raised waves of rage and discontent among social media users who accused the ministry of “mistreating the original pieces”. To clarify the misunderstanding, the official Facebook page of the ministry posted the picture with a statement explaining that what was seen were replicas.

In this post, the head of the Museums Section at the Ministry of Antiquities, Elham Salah, described the incident as “wonderful” because it shows the efficient work carried out by both the Replicas Production Unit and Art Reviving Department. She said this shows that modern Egyptian artists have inherited the artistic skills of their ancestors.

Exhibiting King Khufu’s papyrus would be a great addition to the Egyptian museum. They were discovered in Al-Garf area in 2013 by an Egyptian mission that had been working there since 2011.

“These papyruses are a great discovery as they document the incidents of the daily lives of workers who were building the largest pyramid. This also proves that Egyptians are the original creators of the pyramids, unlike the claims of some historians,” Abdel Baseer explained.

More than 20,000 workers participated in building this pyramid. This discovery proves that the Egyptian pyramids are not only an architectural miracle but also a great administrative miracle. These rare pieces will be also used for promoting tourism and attracting more archaeologists to Egypt.

Another main objective of the ministry is promoting domestic tourism and urging more Egyptians to visit museums. “We do not need to solely depend on foreign tourists. Grabbing the attention of the Egyptian and Arab tourists also will help revive the tourism sector for a while,” he concluded.

8 antiquities’ employees referred to trial over damage to Tutankamun mask