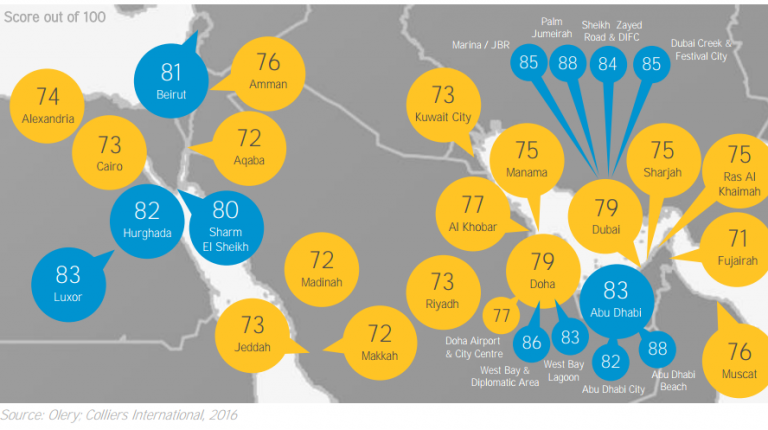 The hotel market in Cairo continues to grow as the city is growing with an increase of 22% in demand, according to Colliers International.

Colliers International said that a strong corporate environment and meetings, incentives, conferences, and events (MICE) have driven the demand for hotels in Cairo. Cairo hotels will also benefit from the leisure demands of the upcoming holiday period.

Colliers added that Sharm El-Sheikh and Hurghada are areas that have witnessed a decline in the hotels market.

In Sharm El-Sheikh, the resort area continues to feel the negative consequences of decreased tourism due to recent events that have drawn tourists inflow down. For example, the demand for hotels in Sharm El-Sheikh declined by 33%.

In Hurghada, travel advisories continue to have a negative effect on international demand for hotels, which declined by 23%. The number of Western European and Russian tourists has considerably declined, thus the area must rely more on domestic tourism.

Colliers noted that Cairo scored 73 out of 100 in the Guest Experience Index for May 2016, where Sharm El-Sheikh scored 80, Hurghada scored 82, and Luxor scored 83.

Further, Colliers expects occupancy in Hurghada to record 50% between June and August, with ADR at $61 and RevPAR recording $31. This would be a 23% decline in RevPAR y-o-y.  The occupancy is expected to drop to 41% by the end of the year, with RevPAR dropping 21% y-o-y.

Colliers International issues the MENA hotel forecast highlighting the three months between June and August, through calculating the percent of y-o-y variance in RevPAR.

In the top 10 review sources rating, the report said that Egypt featured as one of the top three review sources in May 2016, while guests from the UK and Germany provide the highest rating.