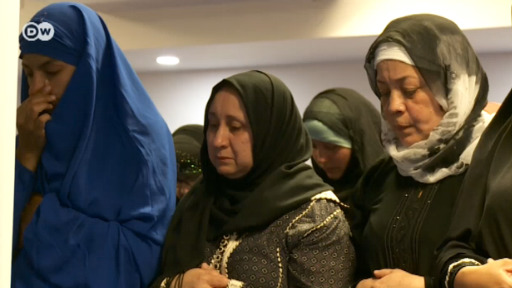 Afghan asylum seekers in Germany say the recent terror attack in Würzburg could further delay their asylum applications and trigger a backlash against them. They urge not to be painted with the same brush.
A 17-year-old Afghan asylum seeker, whose name has not been released, was shot dead by German police on Monday night after he attacked with an axe and knife and inflicted serious injuries on several passengers in a train near the southern German city of Würzburg, some 280 kilometers (174 miles) northwest of Munich.

The assailant allegedly shouted “Allahu Akbar” (God is great) before launching the attack.

The Afghan teenager, who travelled to Germany unaccompanied to seek asylum, had been staying with a foster family in the town of Ochsenfurt. The assault sparked concerns among other Afghan asylum seekers in Germany who now fear it could further delay their asylum application process.

“I condemn the incident in the strongest of words. I also want to stress that it is an act of an individual and it should be treated as such,” said 19-year-old Abdullah, who has been living in Germany for six months.

Abdullah is worried that the situation for Afghan asylum seekers could deteriorate even further following a series of attacks by radicalized Muslims across the world.

“It is becoming worse for Afghan asylum seekers, especially after what happened recently in the US and France. People in Europe will now have a more skeptical view of the refugees,” said 27-year-old Jawid, another asylum seeker.

Jawid, who like many other Afghans has only one name, was referring to the recent terrorist attacks in these countries – the Orlando shooting in the US which killed 49 people, and the truck attack in the French city of Nice that claimed 84 lives. The Orlando shooter was also of Afghan origin.

But these incidents are isolated cases and should not be attributed to all Afghan migrants, said Zargar Haroon, a refugee. “The German people should understand that it is the same violence that made us flee our own country,” he added.

Germany saw an influx of over 1.1 million asylum seekers in 2015, more than any other European country. The highest number of asylum seekers came from Syria, followed by Afghanistan. Many of them were underage, unaccompanied boys and girls fleeing their countries in search of a better life in Europe.

“Germany received 4,400 claims by unaccompanied or separated children in 2014, which rose to 14,400 the following year,” according to a report by the UN Refugee Agency, UNCHR. The majority of the underage asylum seekers came from Afghanistan, with about 4,700 filing asylum requests in 2015 alone.

“The number of unaccompanied or separated children seeking asylum on an individual basis has increased significantly over recent years,” the report added, stating the number reached the highest levels in 2015 since the UNHCR started systematically collecting such data in 2006.

“I witnessed very disturbing scenes on my way to Europe. I saw people dying. I cannot imagine what kind of an impact those memories can put on young boys and girls who are not with their families,” Abdullah said.

His statement highlights the trauma and shock underage migrants go through on their way to Europe. There are also reports of abuse by human traffickers which adds to their shock. But many migrants say that it is the uncertainty they face in Europe which causes greater harm to their mental health.

“Once we are here, we think the hard times are behind us, but then the wait and uncertainty begins,” one asylum seeker said.

Due to the high number of asylum applications, many asylum seekers wait for months and, in many cases, years for a decision to be made on their application.

All this make these young boys and girls more vulnerable to propaganda by extremists, said Said Hashim Hashimi of Katuri Tolana Organization, which helps migrants and refugees integrate into German society.

“It is therefore very important that these children be reminded of their responsibility toward their new society that they have become a part of,” he added, stressing much more needed to be done to fully integrate those who arrive in Europe from very different cultures.

Need for movement within the Muslim community

Many of child migrants live in separate shelters or foster families. The later was the case with the Würzburg attacker, who authorities now confirm had a hand-painted “Islamic State” (IS) flag in his room – an indication of self radicalization. Unaccompanied children are most vulnerable to extremist propaganda, Hashimi underlined.

“They are young, traumatized, with no family and do not have a clear vision for the future, which makes them ideal targets for extremist groups like IS,” he said, stressing that there was a need for a movement within the Muslim community in Europe to curb radicalization and introduce the benevolent face of Islam.

“There is no place for violence in Islam and this is the message we need to give to our younger generation and the rest of the world,” he stated.