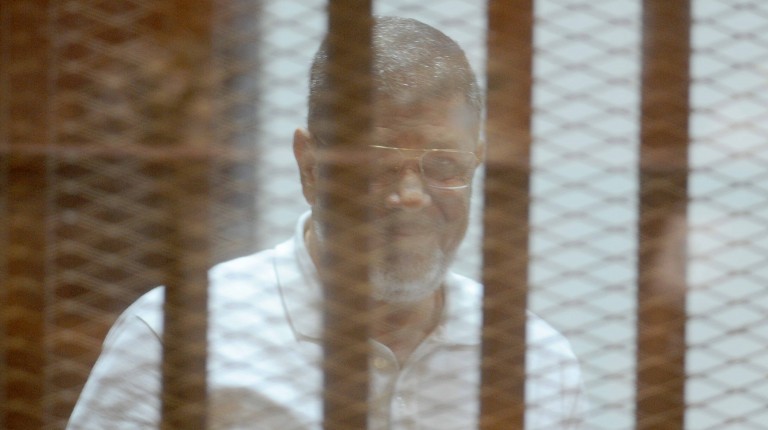 The Cairo Appeal Court assigned the session for the retrial of former president Mohamed Morsi and other leaders in the outlawed Muslim Brotherhood in the Itihadiya Palace case for 8 October, after the defendants’ lawyers’ appeals were accepted.

In 2012, a group of protesters gathered in front of the presidential palace in opposition to the constitutional declaration that was issued by Morsi. The opposition coalition took to the streets and clashed with Morsi’s supporters. Dozens were killed and hundreds were injured.

The lawyers appealed in June 2015 the intensified prison sentences that ranged from 10 to 20 years. The appeal reports allegedly demanded the retrial session to be held in a different criminal court as the one the court that issued the previous verdict allegedly released it despite the lack of evidence and the breach of defence committee rights during the sessions.

The constitutional declaration that was issued resulted in uproar among opposition parties. Several NGOs filed a lawsuit to administrative courts against the declaration demanding it be revoked. By issuing that decision, Morsi would have seized control of all state authorities.