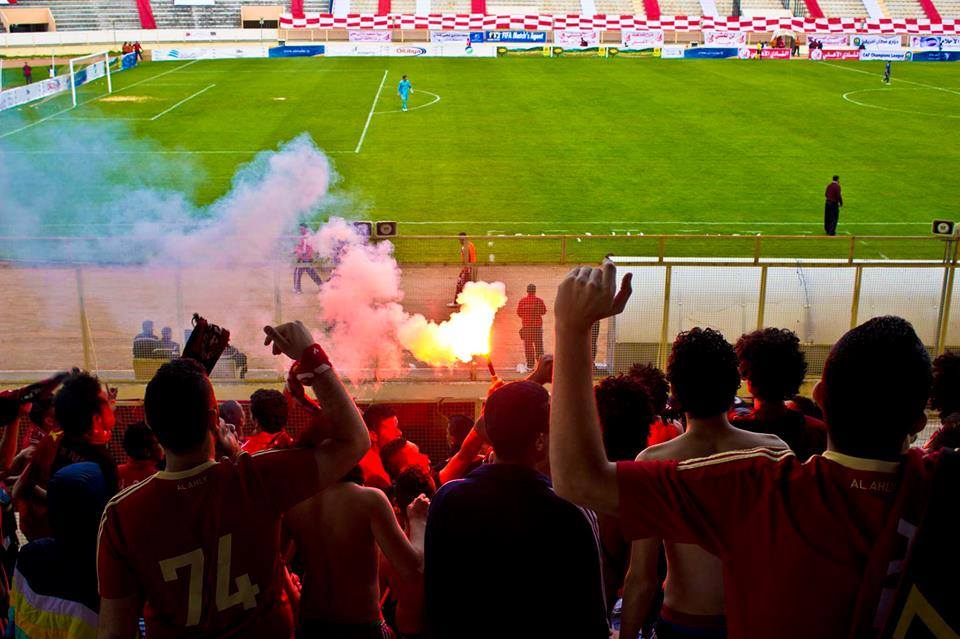 The South Alexandria prosecution ordered on Wednesday the release of 18 Ultras Ahlawy members on EGP 5,000 bail, according to state-run newspaper Al-Ahram. The fans that were not released will be held in remand for a further 15 days.

Eighty members of Ultras Ahlawy were arrested Sunday evening on charges of rioting at a match between Al-Ahly FC and Moroccan club El-Wedad in Borg Al-Arab stadium in Alexandria.

Those arrested face charges of gathering without permission from the authorities, assaulting security personnel, and damaging police property, Al-Ahram reported.

A committee has been formed by stadium officials to compile an inventory of the damage caused by fans during the match.

Borg Al-Arab stadium officials demanded financial compensation of EGP 160,000 from Al-Ahly FC for the damage caused to the stadium.

The court ordered that 12 of the detainees pay bail of EGP 20,000 each, while the remaining five had to provide proof of residence in order to be released.