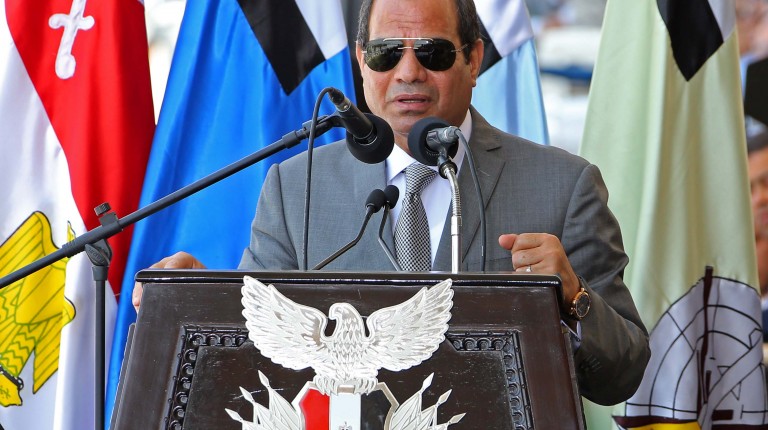 President Abdel Fattah Al-Sisi reaffirmed his appreciation for the Egyptian military’s achievements while addressing graduates of the Egyptian Air Force Academy on Wednesday, highlighting in particular the role of the Air Force in protecting the country’s western borders with Libya.

Although the plan in its entirety was not revealed, Al-Sisi said the mission for securing the border with Libya began in 2013 remains a point of praise for the Air Force. The mission aimed to obstruct “those who want to harm the nation,” Al-Sisi stated.

He also saluted the martyrs who have died while on duty, praising and confirming his “trust” in the army. Such confidence was translated into allowing graduate students to use live ammunition in a customary parade.

“I was informed of the plan [of using live ammunition during the parade] yesterday, and my reply was ‘absolutely no problem’,” said Al-Sisi, who confirmed that the army has always been living up to expectations.

The performance was unique as live ammunition is usually not allowed during military parades. In 1981, former president Anwar Sadat was assassinated while watching a military parade.

The past week witnessed several graduation ceremonies that were attended by the president, including the ceremonies of the Police Academy, Air Defence, and Marine schools.

Regeni’s murder will not affect relations with Italy: Al-Sisi