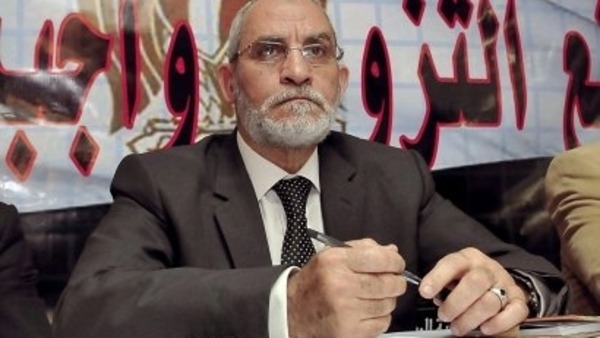 The Cairo Criminal Court is holding Wednesday the first session for the retrial of Muslim Brotherhood Supreme Guide Mohamed Badie, his deputy Khairat El-Shater, and other Brotherhood members in the case of violence that took place at the organisation’s headquarters in Moqattam in 2013.

The court adjourned the trial to 10 October.

The Muslim Brotherhood’s headquarters, better known as the Guidance Bureau, witnessed clashes with anti-Brotherhood protesters—Brotherhood leaders were previously charged with inciting the killing of protesters.

In February 2015, four of the defendants were handed death sentences, while 14 others, including Badie and El-Shater, were sentenced to life in prison on charges of inciting the killing of protestors, premeditated murder, possession of firearms, and other crimes. According to official investigations, Badie, El-Shater, and other bureau leaders provided arms to their supporters to use against demonstrators.

By January 2016, the Court of Cassation accepted the defendants’ appeal against their verdicts, ordering a retrial.