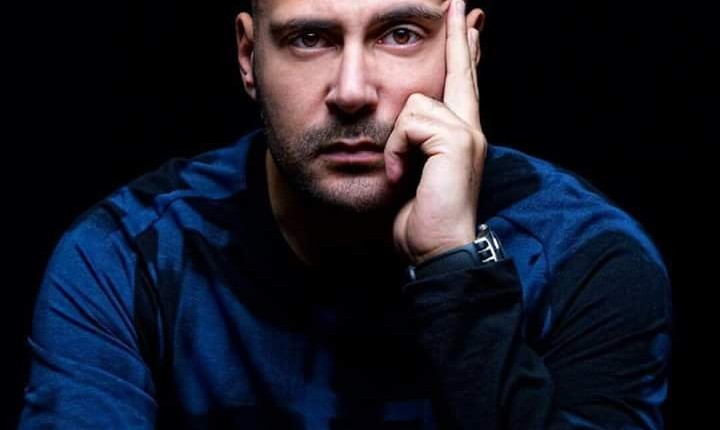 With his remarkable facial expressions, undulating voice, and outstanding presence, Waleed Fawaz has for a long time captured the attention of both audiences and filmmakers with his unique talent. Although he usually plays the role of the villain in cinema and drama, he presents something different every time in a way that he is never “typecast”.

To pursue his dream of acting, he graduated from the Higher Institute of Theatre. However, he struggled to find a place for himself among other young leading actors. His remarkable character in the series Bedoon Zekr Asmaa (Without Mentioning Names) was a real turning point in his artistic journey.

In an exclusive interview with Daily News Egypt, Fawaz reveals the secrets of his success, provides an objective evaluation for his artistic career, and talks about his most recent role in the play Leila Men Alf Leila.

Why did you introduce yourself to the audience as a stand-up comedian at the beginning?

I’ve always been attracted to stand-up comedy and enjoy comedians such as Eddie Murphy, Steve Carrel, Jim Carrey, and others. However, I actually started doing stand-up in 2007 as a challenge—one of my colleagues didn’t believe in my talent as a comedian. For me, appearing on Moga Comedy, one of the most popular TV channels at that time, was a great opportunity to properly introduce myself to the audience. Before that, I had played some small roles in various series and I wanted to become more identifiable in people’s minds. After the success of my shows, I became the first Egyptian stand-up comedian who received offers to perform live in Syria.

What did you learn from this experience?

Performing stand-up was a very rich experience that taught me how to interact with the audience, how to create a script, and how to stick to the rhythm of a certain theme.  In brief, it taught me how to present a one-man show in front of large audiences. The main criteria behind choosing certain topics for my shows were the extent to which these issues touch upon the pain, suffering, hopes, and dreams of people I met. Some of the topics were related to some problems I encountered in my daily life. I tried to blend them with laughter to produce light content that will appeal to people from different backgrounds and social classes.

In playing the role of the villain, you have managed to blend evil with humour and even make the audience sympathetic towards your character. How do you manage to create a completely different character every time?

I never classify people as simply kind or just evil. People are not one-dimensional. I always search for all facets of each character I present. Everyone has good and evil in them and being a villain doesn’t mean that the character can’t be funny, or honest in some cases. I absorb the character and let it act and behave in a way that is consistent with his personal beliefs and lifestyle. That’s why the character of Moatemed in Bedoon Zekr Asmaa was totally different from, for example, the character of Al Natat Beh in Haret El Yahood [The Jewish Quarter] although both of them have some similar characteristics.

In my opinion, every actor has a number of tools that he must exploit to move from one character to another. I believe that having a flexible voice and elastic body, which allows you to lose or gain weight, are two of these important tools. I am also trying to think outside the box at all times. I used to ride public transportation, meet people in public cafes, and work in different places, so I have managed to store in my mind a spectrum of characters, thoughts, and emotions. I believe in what Lee Strasberg—one of the godfathers of American cinema—said about sitting with people and listening to their stories in order to develop your characters in film.

The relationship between the character Arnoos and his wife in Al-Sabaa Wasaya [The Seven Commandments] series turned into an iconic love story on social media. How were you recommended for this role and did you expect such success for this character?

The great success we achieved inthe series Bedoon Zekr Asmaa caught the attention of a number of directors and writers. The screenwriter of Al-Sabaa Wasaya called me and I went to meet Khaled Maary, the leading director, and we started discussing our visions for the character. I didn’t expect the character’s story to become an iconic love story on social media.

To be honest, we didn’t expect the booming success of the series because many people were mocking us. Most of us actors and actresses in the series weren’t super stars and competing with Adel Emam, Mohammed Ramadan, and Tamer Hosny during the same season was almost impossible. Surprisingly, the series appealed to the audience and was successful. I think this was God’s grace to us.

Aren’t you afraid to fall into the trap of being typecast?

I am a professional actor who works with the spirit of an amateur. I am so self-confident and I believe in my talent and ability. Thus, I would never allow directors to restrict me to playing certain roles just to guarantee success. I refuse to be stereotyped or typecast. I have refused roles because they are too similar to my past roles. I have also refused to be in any more advertisements after the success of the Vodafone campaign.

You’ve worked with the screenwriter Mohammed Amin Rady in a number of dramas and movies. How would you describe your experience and why haven’t you worked with him so far this year?

I love working with Mohammed Amin Rady. We have done a lot of successful projects together—the latest was the film Men Dahr Ragel in which I played a thug named Henesh which increased my popularity among the working class. I would love to work with him again, and we are currently planning a new project for next year.

The play Leila Men Alf Leila has revived lyrical theatre in Egypt and disproved the claim that people are more attracted to light comedy.  Why did you join this play and how did you learn from the leading actor Yehia El Fakharany?

In the first season, the play’s revenues exceeded EGP 2m. The success of this play is proof that theatre still needs big names to promote and support it. In my opinion, if Yehia El Fakharany wasn’t the main actor, it would have never managed to achieve all that success.

I was recommended by Mohsen Helmy, the director of the play who was the first to believe in my talent and introduce me to the stage at the beginning of my career. I learned a lot from El Fakharany who I consider one of the last great actors we still have.

The three series you were in last Ramadan were not as successful as was expected. Which was your favourite one?

Honestly, I didn’t like any of the roles I played last Ramadan. For example, I accepted my role in the series Sabaa Arwah [Seven Spirits] simply as a job with a salary. However, I don’t believe the script writer or the director met anyone’s expectations.  But I don’t regret any of these series because I believe that theatre and cinema are the real documentation for an actor’s history.

You have to let the novel choose its own identity: Amr El Gendy