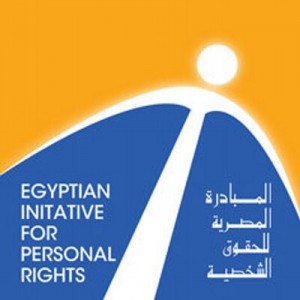 The Egyptian Initiative for Personal Rights (EIPR) denounced the investigations launched against it earlier this month. The investigations come as part of the case looking into foreign funding of non-governmental organisations (NGOs), dating back to 2011.

On 17 July, the judge heading the case summoned the accounting manager of EIPR for interrogation over foreign funding charges. This was the second official summon of EIPR staff, after the summoning of a former EIPR board member on 3 July.

“All those procedures are an organised attack from the government against civil society organisations in their fight for human rights,” EIPR said in an official statement on Thursday.

According to EIPR’s statement, this is an unprecedented threat to the work of NGOs, which is granted by the Constitution and international treaties that Egypt signed.

EIPR is a local NGO that has a track record in advancing conditions of human and personal rights. It is facing investigations of foreign funding charges along with dozens of other human rights NGOs.

Moreover, in the repercussions of the ongoing foreign funding case, the state has taken measures against civil society workers, namely travel bans, which NGOs earlier described as arbitrary. Those ban orders are widely applied and do not follow specific procedures of prior notification, other than the banned persons being prevented from leaving Cairo International Airport.

The court postponed the case until 15 August for another hearing session.