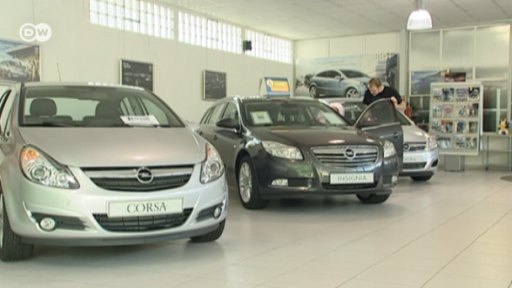 General Motors has raised its full-year profit forecast following a record-setting second quarter in which Americans eagerly spent money on new pickup trucks and sport utility vehicles.
The unexpected earnings boost sent the carmaker’s shares up by as much as 4.4 percent. Net income for the quarter ending June 30 more than doubled to $2.87 billion (3.16 billion euros) from $1.1 billion a year ago.

More than 90 percent of GM’s pretax profits came from North America, where consumers are spurred by the low price of gas and easy access to credit. The carmaker has also recently rolled out several new, high-profile models.

GM was able to leverage those vehicle launches, which generally command higher returns than sales of older models, and rake in an operating profit in the North American market that was 31.2 percent higher than it was in the same period last year. It did so despite selling fewer vehicles in the region.

The surprisingly positive results also included GM’s first quarterly operating profit in Europe in five years, although the company’s chief financial officer warned that currency fluctuations and market uncertainty stemming from Britain’s decision to leave the European Union could cut into profits by as much as $400 million by the end of the year.

“This is another speed bump along the way,” GM CFO Chuck Stevens said. “But we’re just going to have to deal with it.”

Is the CBE the only player to blame for the dollar crisis?