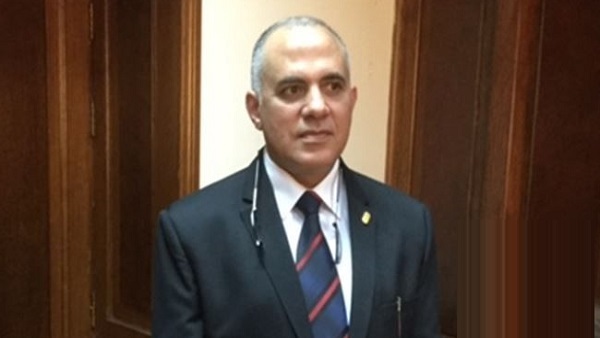 Minister of Water Resources Ahmed Abdel Aaty said Egypt’s participation in the sixth African Water Week (AWW6) in Tanzania is part of the country’s dedication to becoming an active member of the African continent following Egypt’s recent return to the African Union.

The AWW6 has taken place over the past week in the Tanzanian capital Dar es Salaam where dozens of African leaders and representatives from the African Union tackled the water shortage crisis and potential ways to resolve it.

In a closed session during the assembly, Abdel Aaty discussed with African counterparts the progress made in the sixth United Nations Sustainable Development Goals (SDGs) on ensuring the availability and sustainable management of water and sanitation for all, according to an official statement on Saturday.

The session also discussed the pending financial contributions from member countries in the African Ministers Council on Water (AMCOW) and other budget-related materials.

“The assembly highlighted the importance of working together towards ensuring sustainable development in Africa and making drinking water available with a commensurate quality and quantity with basic standards of living for Africans,” the ministry added in the statement.

Moreover, the AMCOW decided to host the upcoming AWW in Gabon in 2018. The council’s governance structure was also modified by transferring its presidency from Senegal to Tanzania.

Egypt has reportedly won a seat as vice president for the AMCOW and will represent North Africa, state run news agency MENA said.

Upon his arrival, Abdel Aaty met with his Tanzanian counterpart where they both discussed bilateral cooperation in the field of digging groundwater wells and capacity building of Tanzanian workers.

Rhoda Peace Tumusiime, the commissioner for rural economy and agriculture at the African Union Commission (AUC), called on African leaders during the official opening to put in place sound policies and legal and regulatory frameworks to support investments from various sources in water, sanitation, and hygiene.

She asserted the need to outline adequate monitoring and evaluation systems and support capacity building for the preparation of bankable projects, which would further help the continent to build on the gains of the past Millennium Development Goals (MDGs).

Each day, an average of 5,000 children die due to preventable water and sanitation-related diseases, according to a factsheet by the United Nations on the sixth goal of water resources management.