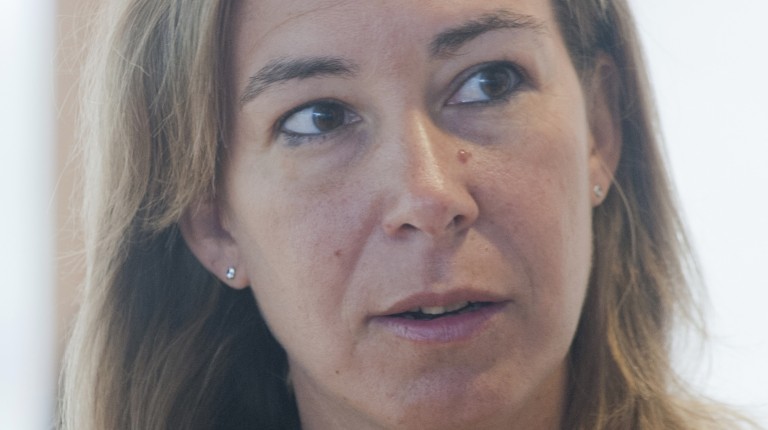 The European Investment Bank (EIB), the EU’s bank, has been active in Egypt for over thirty years and has accumulated a total lending worth €7.3bn during that period and contributed to over 100 projects.

Can you explain to us what the MENA Enterprise Survey report is?

The report is an assessment of the constraints on private sector development, which has been jointly conducted by the three leading international institutions active in the Middle East and North Africa (MENA) region.

It presents the results of the MENA Enterprise Survey conducted in 2013 and 2014 in eight middle-income economies in the region: Djibouti, Egypt, Jordan, Lebanon, Morocco, Tunisia, the West Bank and Gaza, and Yemen.

Implemented and co-financed by the European Bank for Reconstruction and Development (EBRD), the European Investment Bank (EIB), and the World Bank Group (WBG), the MENA Enterprise Survey provides data on a representative sample of the formal private sector. Covering more than 6,000 private firms in the manufacturing and services sectors, the report includes data on the experiences of firms with a broad range of dimensions of the business environment, including access to finance, corruption, infrastructure, crime, and competition.

The surveys also provide information on firm characteristics and the cost of labour and other inputs, workforce composition and women’s participation in the labour market, and trade, innovation, and management practices.

What are the obstacles that face the private sector in Egypt?

The survey was administrated in 2013-2014 and in Egypt political instability emerged as the key challenge to the firms’ development, followed by access to finance and electricity. Since 2013-2014 the situation has evolved, with the acute phase of the upspring over, as well as considerable investment in energy supply taking place, both in traditional and alternative energy.

In your opinion, what are the policies needed to support private enterprises and ensure job creation?

The first observation is that the formal private sector can in fact be the seed for a more inclusive growth path in the region.

To further enhance the potential, authorities should aim at an even more competitive environment, reassessing regulatory restrictions, subsidies, and transfers, which generate privileges and distortions. This is important both in terms of domestic and international market access.

Improving access to finance requires effort in terms of re-building the link between the banking industry and firms. This requires increasing incentives for firms’ transparency as well as improving banks’ risk-assessment capacity of firms based on cash flows, other than collateral. More can also be done such as improving the collateral framework or offering credit guarantee schemes.

Interestingly, firms in Egypt are also less likely to provide training to their employees. More incentives in this direction might be relevant, particularly as there seems to be a mis-match between labour supply and demand, particularly in the area of technical and vocational skills.

What is the size of finance and loans allocated for enterprises?

The EIB has a clear mandate to support private sector development in the Mediterranean region and in Egypt and has been performing this function consistently through the years in cooperation with local authorities and other International Financial Institutions.

Other than contributing to infrastructure development, a strong focus is placed in terms of access to finance. The EIB instruments are particularly well suited to the challenge, ranging from providing funding to banks, with the objective of banks lending to small- and medium-sized enterprises (SME), possibly complemented with new instruments in terms of risk-sharing and guarantees.

In 2015, the EIB lent some €120m to banks, for these banks to lend to SMEs. This requires banks to lend at least two times to SMEs in the market, and we check regularly that those allocations have really been done. In 2016, we see a strong demand for more support to finance SMEs.

What do you think about the ongoing economic reforms in Egypt, such as new taxes, subsidy reduction, SMEs regulations set by the CBE, and the economic strategy in general?

Egypt faces substantial economic challenges. Following periods of political instability and uncertainty, fiscal buffers have been depleted.  Inflation erodes the purchasing power of consumers and reduces the competitiveness of exports. At the same time foreign currency shortages might deter potential investors. Addressing these challenges requires sustained action to restore confidence in macroeconomic stability and to reinforce the foundations for a more inclusive growth path.

The formal private sector is comparatively small and the challenge for policy makers is to make it a more attractive destination for Egyptian firms. In that context we welcome the recent initiatives by the Central Bank of Egypt (CBE) to increase lending to SMEs. The MENA Enterprise Survey data shows that Egyptian firms have used bank financing to a much smaller extent than firms in other countries of the region.

What is the bank’s current portfolio in Egypt?

The European Investment Bank (EIB), the EU’s bank, has been active in Egypt for over thirty years and has accumulated a total lending worth €7.3bn during that period and contributed to over 100 projects.

What are the sectors of interest to the bank and how much financing was provided in Egypt?

The EIB mandate includes many different areas of intervention. Infrastructure development is the natural one as the EIB has accumulated strong technical and financial expertise though the years. The EIB has contributed to a number of key projects in the country, including most recently the new Cairo metro line. Energy and energy efficiency are essential for Egypt, particularly in recent years, and the EIB has been looking into supporting energy supply generation via both traditional and more innovative renewable energy projects in the region.

Finally, the EIB is committed to support firms’ access to finance via its own support and via possible delivery of technical assistance.

From your point of view, what are the promising sectors in Egypt?

There are priority projects in a variety of sectors, including energy, transport, SME support, and the environment. Given the size and the needs of Egypt, the EIB’s focus is on economic and social infrastructure projects and SME development (through partner banks).

What is the size of the bank’s portfolio dedicated to Egypt?

Egypt is a key beneficiary of the bank’s finance in the south Mediterranean region. In the 2015-2016 period almost 60% of EIB investment in the MENA region was directed to Egypt.

The EIB stepped up its activities since the 25 January Revolution to contribute to boosting the economy and creating jobs. At the Sharm El-Sheikh conference in March 2015, we signed a joint declaration with the Ministry of International Cooperation to reiterate the bank’s commitment to support a “new Egypt”.

Will you raise it in the coming period?

The bank is a project-driven institution. This means that we assess carefully projects that are submitted for financing in terms of their economic, financial, environmental, and social impact. We want to make sure that the projects we finance make a difference for the better. The bank itself will respond to what Egypt itself identifies as its needs and priorities. This is how we operate all over the region.  At the same time, as the EU’s bank, we are driven by the European Union’s external policies in the neighbourhood and the priorities identified with Egypt.

The EIB was set to deliver €7.5bn to the EU neighbouring countries, including the west Balkans, over the next five years. On top of this, the EIB proposed to deliver an additional €6bn of EIB lending to the public and private sectors, starting this year. This would catalyse another estimated €15bn of investment.

With this finance we could provide services like clean water, energy, and electricity in regions where services are stretched, and improve education, healthcare, local transport, and urban services. This will help to ensure that refugees and host communities alike have access to education and healthcare. We can also support the creation of jobs through more support for small businesses and micro-enterprises, encouraging them and other companies to take on more young people to offer training.

For example, investment in energy and in particular the renewable sector is a priority both for Egypt and the EU’s external policy. Last year we provided a loan worth $600m for the Damanhour Combined Cycle Gas Turbine Power Plant. The project involves the construction of a combined cycle power plant (CCPP) with a total installed capacity of 1800 MW in the Nile Delta area of Egypt, some 5km northwest of Damanhour town. This will strengthen electricity generation capacity to cater for increasing demand with modern and high efficiency units that will partly replace smaller and less efficient production capacity. It will ensure electricity production with significantly lower carbon-dioxide emissions compared to fossil-fuel based alternatives.

In Egypt, we would like to continue to help develop the private sector, which had strong support in 2015. There are a number of important operations ongoing and others in the pipeline with different initiatives ranging from micro-finance to support for startups and SMEs in partnership with major public and private banks in the country.

We are also in talks with Egyptian authorities on how the EIB could help deal with the very acute problem of the foreign currency shortage, where many local businesses have no access or limited access to foreign currency that is needed for usual trade transactions.

Later this year, one project the bank is expected to sign is a €115m loan to the Gulf of Suez wind farm. This would be located on the west bank of the Gulf of Suez, some 400km southeast of Cairo. It’s going to help meet growing electricity demand and is also very much in line with the commitment to supporting climate action projects outside the EU.

What are the general features of the bank’s strategy regarding funding projects in Egypt?

EIB lending is results-driven. Outside the EU, we use the Results Measurement (ReM) framework not only to strengthen the appraisal process, but to enhance the bank’s ability to monitor and report on the actual results achieved, tracking results throughout the project cycle. The focus of the framework is on the EIB’s contribution to national and EU policy objectives as well as our own mandate objectives, on project quality and soundness based on expected results and the ability of the project promoter or intermediary to achieve these in a given operating environment, and on the contribution of the EIB—the “additionality” that goes beyond the market alternative.

As an example of EIB projects in Egypt, I can mention two projects signed in 2015. These will enable total investments of €1.5bn. The Damanhour power plant will build a new efficient combined cycle gas turbine that will help to overcome electricity shortages in the country, producing sufficient electricity to serve 4.7m households. As revealed by a recent EIB-EBRD-World Bank survey, power cuts are not just an inconvenience for Egyptian households, but also constrain economic activity; local businesses lose 5% of their annual revenue to these interruptions.

The second project, the private sector development and economic growth project, is expected to increase the foreign currency liquidity of two Egyptian banks. These will in turn provide much needed funding to their SME and mid-cap customers for investment purposes. Around 48% of the funding is expected to go to SMEs—firms with 250 or fewer employees—and around 1,500 jobs are expected to be sustained.

Finally, it should be noted that EIB compliance prerequisites must be met by all projects, which of course apply to all projects in Egypt. These include requirements for the transparency of procurement procedures and environmental and social standards.

Ministry of Investment to improve policies with World Bank expertise