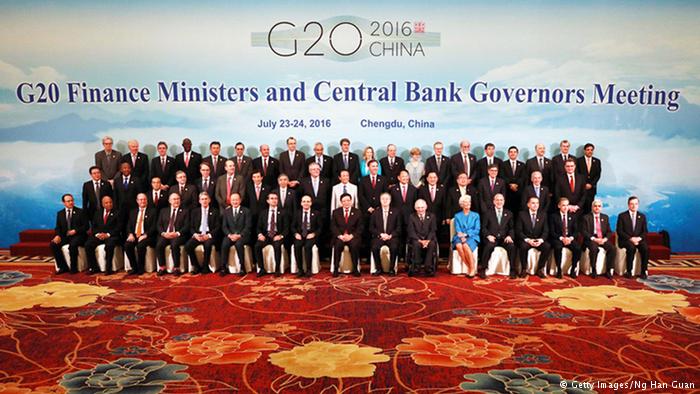 Britain’s decision to leave the EU could have global consequences, G20 finance ministers have warned. The Brexit and boosting growth in stagnating China were the major topics at a meeting.
The UK sought to calm global fears about its exit from the European Union at the G20 finance ministers and central bankers summit in Chengdu, China, on Sunday. The possible economic impact of last month’s referendum has dominated discussions at the forum, according to British treasury chief Philip Hammond.

“The reality is there will be a measure of uncertainty continuing right up to the conclusion of our negotiations with the EU,” Hammond told reporters after the meeting.

Amid reports that talks between Britain and Europe have been acrimonious at best, US Treasury Secretary Jacob Lew said he had used the G20 meeting to stress the “the need for negotiations to take place in a smooth, pragmatic and transparent manner.”

“A highly integrated relationship between the UK and the EU is in the best interests of Europe, the United States and the global economy,” Lew said.

Ahead of the meeting, the International Monetary Fund downgraded its forecasts for global growth in 2016 with repercussions from the Brexit in mind.

“Brexit marks the materialization of an important downside risk to global growth,” the IMF reported.

Concerns about the stagnating economy in China have also been an important topic of discussion, according to a communique issued by the entire group. The ministers wrote that the G20 countries would use “all policy tools” available to boost growth.

There were some disagreements as to how to best achieve this, however, as fiscally conservative Germany was hesitant to promote government spending as a means of increasing growth.

The US suggested structural reform as a less-divisive means of achieving the same goal.

“It would be a mistake to think about the choice of tools as being either/or when it comes to structural reforms or using fiscal space,” said Jacob Lew. “The two go hand-in-glove.”