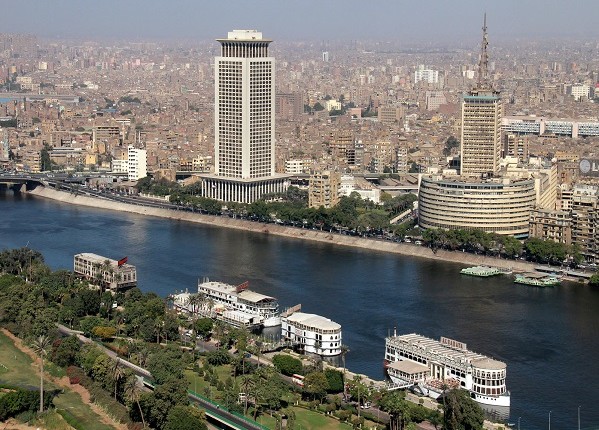 The rate of renting apartments and villas in New Cairo has increased at a faster rate than those in 6th of October City owing to university students and commuters opting for a more convenient location, according to a report by Jones Lang La Salle (JLL).

In the report, which overviews the Cairo Real Estate Market for the second quarter (Q2) of 2016, JLL said that average sales prices for apartments and villas in New Cairo and 6th of October City remained stable in both US dollars and Egyptian pounds during Q2.

The report attributed the stability in prices to the decreased affordability of units in these areas.

The report said that only the sale price of apartments in New Cairo increased in US dollars, despite the 14.5% currency devaluation on a year-over-year (y-o-y) basis.  Meanwhile, sale prices of villas in US dollars declined at a slower rate across 6th of October City when compared to New Cairo.

While in New Cairo, Palm Hills’ Village Garden Katameya, Mivida, and Madinaty are the main contributors to this quarter’s supply.

Sami said that Cairo’s supply of office spaces remained stable at 941,000 sqm of gross leasable area (GLA), with no notable completions to new offices in Q2.

Sami added that the market has witnessed increased demand for grade A office space in the past period, mainly driven by the relocation of tenants to better quality office spaces and more convenient locations.

“A limited new supply of grade A office space in the short term has led vacancy rates to decline from 33% to 25% over the past year,” Sami said. “Although a vacancy rate of 25% is still considered high, the decline is regarded as positive for this segment.”

Regarding the rate of renting for office spaces, it remained stable over recent quarters as the market is still adjusting to current business conditions.

The report noted that central and west Cairo are the only markets that recorded a y-o-y increase in renting rates, owing to favourable effects since Q3 of 2015.

“The four months following the 14.5% devaluation of the Egyptian pound and the inability of tenants to source US dollars, means that more property owners are forced to accept their payments in pounds—therefore limiting the possibility of a rental increase in US dollars,” the report read.

Regarding the retail market, the report said that no additional retail space was completed in Q2 of 2016, with current supply standing at 1.3m sqm due to a delay in the completion of 45,000 sqm for Capital Mall.

Capital Mall is located in Heliopolis and was expected to be completed this quarter but has been delayed to Q1 of 2017.

The report indicated that no retail developments are scheduled for completion in 2016. Further, the long-awaited Mall of Egypt is set to be partially opened at the end of Q3 and development should be fully completed in 2017.

The scarcity of foreign currency is exerting even more pressure on the market, as retailers are forced to source foreign currency from the informal market where exchange rates can be 15% higher than the official rate.

On the other hand, a depreciating currency and high inflation rates adds pressure to the purchasing power of consumers, indicating a shift to more convenience and value brands.

Sami said that vacancy rates in the retail market declined to 14% in Q2 of 2016, compared to 17% in Q2 of 2015, while remaining largely unchanged on a quarterly basis.

Sami explained that rents have remained unchanged in Q2 of 2016, and are expected to follow suit in the future until business conditions in Egypt start showing signs of improvement.

The report to overview the Cairo Real Estate Market Q2 2016 sees that currency instability and devaluation are still having an influence across all real estate sectors.

The report mentioned that local investors are now encouraged to transfer their savings from banks to investing in the residential market after the devaluation of the currency in March by the Central Bank of Egypt (CBE).

The CBE in March announced that it had devaluated the Egyptian pound against the US dollar from EGP 7.73 to EGP 8.85, which has had different effects on various real estate sectors.

The hotels sector should benefit from a depreciating currency in the medium to long term as the country is perceived to be cheaper by foreign tourists.

“No additional hotels were completed in Q2, with limited construction activity in this sector. Of the 1,300 rooms planned for completion in 2016, we expect only 50% to be delivered this year with the rest pushed back to 2017,” Sami said. “Occupancy rates stand at 60% as of May, an increase from the same period of 2015 as the sector struggles to recover from the Russian Metrojet incident last year.”