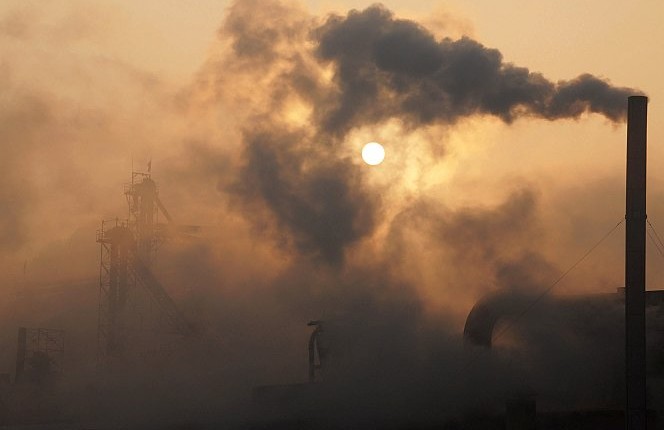 Local observatory Maat for Peace, Development and Human Rights brings the plight of Helwan residents who live near cement factories to the forefront following frequent complaints from residents.

The centre calls on members of parliament and the cabinet to monitor the performance of cement factories in Helwan in an official statement. It also called for a plan to be outlined with a timeline to move those factories away from the residential block and for necessary medical equipment to be provided to hospitals in Helwan to treat pollution-related illnesses. The centre also called on factories to increase their social responsibility efforts towards citizens in healthcare and education.

This comes as part of the centre’s periodic monitoring activities which aim to expose the living conditions of residents in different areas and send recommendations to concerned officials.

One of the convoy organisers, Ahmed Shentenawy, told Daily News Egypt that during the centre’s convoy to the Helwan areas of Maasara and Abou Dahroug in the past week, it was discovered that cement factories inflict a hazardous and direct threat to citizens and workers as the factories’ emissions significantly exceed the maximum permitted.

“Lung cancer has become a common cause of death for workers and citizens who live near industrial facilities in Helwan,” Shentenawy said, referring to official death certificates of citizens documented in recent months by the local health unit.

Over the decades, the previously quiet town of Helwan has seen an industrial boom. It has become populated by thousands of industrial workers needed to keep production flowing.

The Environment Ministry has on several occasions countered citizens’ complaints, saying that the locations of these factories have been the same for decades before citizens flocked to live nearby, ordering citizens to move instead.

However, the problem according to citizens and workers seems to be much bigger. Speaking to a maintenance worker at a Helwan factory, Shentenawy said the emission filters for those factories are not functioning anymore, which goes against the official environmental standards, whether those factories are located near residential areas or not. The presence of residences, however, makes it more problematic.

A Helwan resident who preferred to remain anonymous confirmed to Daily News Egypt that the filters in those factories are not functioning. “Waking up every morning to find cement dust covering my car, the spread of foul fumes, or seeing dark emissions from factories … these are the scenes of our everyday lives,” the citizen said.

Over the past year, at least 22 cement factories were given permission by the ministry to start integrating coal into their production process amid an alleged shortage in natural gas.

Ahmed Abou Al-Seoud, head of the Egyptian Environmental Affairs Agency (EEAA), said in a press conference in late June that the process of coal use is carefully monitored by the ministry, denying any link between coal use in factories and harming the health of citizens.

The amended Environmental Law 9/2009 toughens penalties for facilities that cannot prove proper disposal of hazardous emissions to a fine of at least EGP 20,000 and 15 years imprisonment.