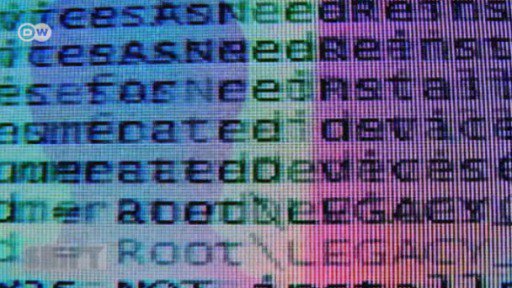 The 18-year-old who killed nine people in a shooting spree in Munich bought his pistol on the so-called “dark net.” DW explains what the mysterious online market is, and why it can sometimes be dangerous.
Identified as David Ali S., the 18-year-old gunman behind the shooting spree at a Munich shopping center on Friday, July 22, killed nine people and wounded an estimated 35 others.

“He had been preparing for a year,” Bavarian police chief Robert Heimberger told a press conference Sunday. The teen with German and Iranian passports is thought to have been mentally instable, but also took a strong interest in past shooting sprees.

He had visited the southwest German town of Winnenden to take photographs of the site of a 2009 school shooting which claimed the lives of 15 victims. Police also reported that David Ali S. regularly played first-person shooter games including “Counter Strike.”

The weapon used in the shooting spree was a Glock 17, which police said David Ali S. had obtained illegally on the internet’s “dark net” market.

In the video above, DW explains what the dark net is and what it’s used for.

Mainstream search engines cover only about 20 percent of the internet, with the majority of users avoiding the dark net and the so-called deep web. While this vast parallel online universe is at times a den of iniquity and shady dealings, including the trade of illegal weapons, it can also be used for other purposes.

For example, highly sensitive documents were funneled to WikiLeaks through the dark net, and Edward Snowden is said to have used it to contact reporters.

In the video above, DW takes a closer look at what the dark net is and what it’s used for.