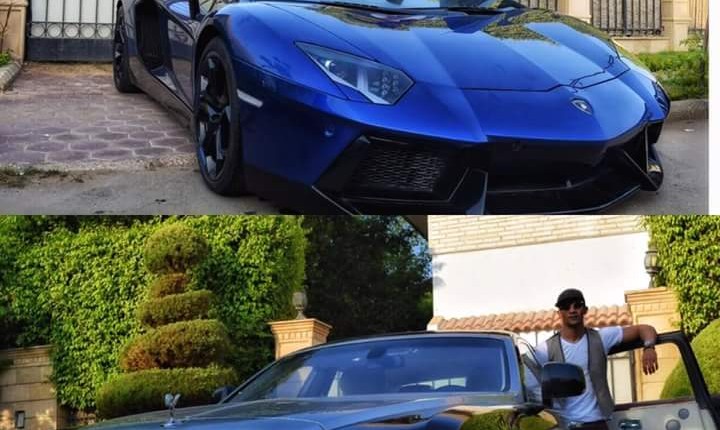 Social media has become an inseparable part of our lives. To share one’s daily life with friends, including the food one eats, the clothes one wears, or even the place one’s sitting in, is something that people have become familiar with long ago. Yet, some social media posts might cause debates and stir controversy, especially if they come from a celebrity that has many followers, like actor Mohamed Ramadan.

A few days ago, the young actor shared a picture on his personal Facebook account, telling his fans that he had bought two of the most expensive cars in the world: a Lamborghini Aventador and a Rolls Royce Ghost. He stated that he wants to “share all of the sweet moments of his life with his fans”.

While standing next to both of them, in what seems to be a yard attached to a villa, Ramadan said that “these two cars are the closest to his heart”.

Only a few moments after it was published, the post caused public outrage by his followers, especially amidst worries about the increase of the US dollar exchange rate and the rising commodity prices.

Many comments accused Ramadan of being insensitive, especially given that he usually acts out and represents youth from lower-income classes in his drama series, making him popular and identifiable with a large segment of society.

“You are bragging with your new cars that cost you millions, while we are literally dying without having money for medication,” one Facebook user commented. “My ultimate dream is to buy furniture for my apartment, and for a year I have been failingly trying save money for that. Seeing you next to these cars that cost over EGP 8m, I pray you enjoy them but I can’t help but ask: why was I born that poor?” another user added.

While Ramadan was confronted with accusations, other people stated that those complaining about his acquisitions were a main pillar of his success and wealth. His fans are the ones watching his series and promoting the type of “low quality drama he produces”, people claimed. “Why are you upset about his new car? He bought it from your money that you gave him by watching his shows that promote robbery and thuggery,” a Facebook user wrote.

The post went viral on social media with thousands of shares, encouraging some celebrities to indirectly send messages to Ramadan.

Even though purchasing one’s own car is considered a matter of personal freedom, in Ramadan’s case people got involved due to the connection he has with citizens of lower income.

In his drama series that was aired last month, Ramadan played the role of Nasser, a faculty of law student, dreaming of his bright future in which he becomes a prosecutor. However, after his brother’s death, Nasser is convicted with his murder and unfairly goes to prison. In prison, he transforms into a new character─a thug that only gets what he wants through resorting to violence.

For those who belong to social classes of lower income, Nasser was not just another character in a TV show, but a representation of their everyday misery and dark reality, which was imposed on them simply because they are not financially capable of providing for their needs. This includes the injustice they face due to their social class, despite their qualifications, and their lost dreams that become unachievable because they are looked down on.