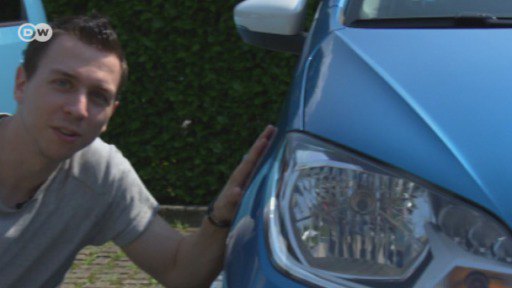 Diesel emissions scandal? Lawsuits, fines, turmoil at headquarters? Whatever. VW Group sold more cars and light trucks than any other carmaker in the first half of 2016, ahead of close rivals Toyota and General Motors.
The Center of Automotive Management, a research center base at a technical college in Bergisch Gladbach, Germany, specializes in gathering data on industry trends. On Monday, it released an estimate of total sales made in the first half of 2016 by each of several leading carmakers.

The results show that VW Group, which encompasses several brands including Volkswagen (pictured at top: the latest-model VW Up1), Audi, Skoda, Seat and Porsche, among others, topped five-million units for the first time. The German carmaker sold 5.04 million cars and light trucks by the end of June, a year-on-year rise of 0.8 percent. VW’s strong sales were attributable in large part to its core markets in Western Europe and China.

Fourth-place carmaker Hyundai/Kia, based in South Korea, saw its half-year sales decline by 2.4 percent compared to the previous year. Its total sales were under four million vehicles.

VW Group’s new sales record was attained despite the huge scandal the company has had to deal with since late summer of 2015, when it became known that the company had rigged emissions-test motor-management software built into millions of its diesel-engined cars.

The software recognized when cars were being tested for their emissions in test labs – the wheels spun, but the odometer didn’t move – and responded by shifting the engine to a lean-burning, low-pollution mode, very different from the mode it ran the engine in during normal road operation. The result: Severe, fraudulent under-reporting of the amounts of health-hazardous air pollutants produced by VW diesel cars during on-road conditions.

The company faces fines and repair bills amounting to double-digit billions of dollars as a result, and has profusely apologized to its clients and various governments. The scandal resulted in changes in VW Group’s senior management, and the announcement of a major shift in the company’s vehicle lineup development plans, with a much stronger emphasis on the development of electric vehicles (EVs) over the coming ten years than was planned under the previous management. The company intends for EVs to comprise about 20 percent of its total sales by 2025.

In another bit of good news for the company, the head of the California Air Resources Board, Mary Nichols, told the German business newspaper “Handelsblatt” in a report published on Monday that CARB will likely permit VW to repair and re-sell some 600,000 VW diesel automobiles with two- and three-liter engines. This could save the company billions of dollars.

“We want VW to be able to repair and resell the cars. In the long term, we think that’s more efficient,” Nichols said. The repairs would reduce the cars’ emissions by 80 to 90 percent, with the balance of the pollutant load more than compensated by investments in a variety of non-automotive clean-air measures, paid for by VW contributions to a clean-air fund in a deal negotiated between VW and CARB.