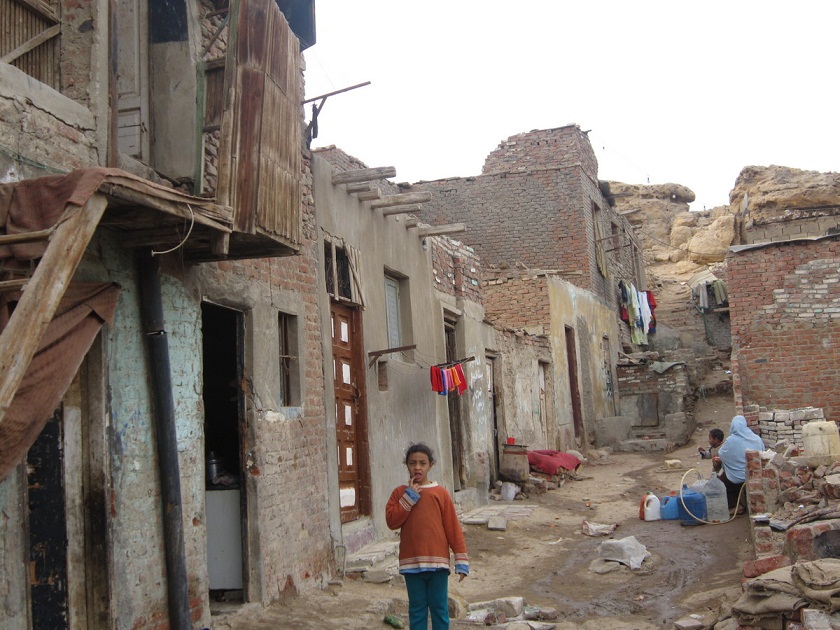 The Central Agency for Public Mobilisation and Statistics (CAPMAS) survey indicated that the amount of money needed to sustain the basic necessities of life has risen to EGP 482 per month in FY 2014/2015, while Egypt’s wealthiest 10% of the population maintain expenses at an average of EGP 1,924 per month.

El-Laithy said:  “Across all age groups, the poor are less likely to enrol in education, which means that poverty is inherited and the poor will stay poor. However, quality education is able to propel citizens from poverty.”

Results of the survey also showed that Egypt’s wealthiest 10% spend around EGP 1,924 monthly, and almost EGP 23,000 annually, while pointing that Egypt’s urban cities are richer than rural ones.

Albeit, CAPMAS results revealed that food subsidies secured 4.6% of the population from dropping below the poverty line, but another statistic showed that 77% of Egypt’s wealthiest 10% used subsidy cards in 2015.

Inflation has been recording new heights, and in June 2016, it reached 14.6%. Also, the Egyptian pound weakened against the US dollar in the exchange market, reaching EGP 7.88 in official markets, and EGP 12.50 in unofficial ones.

Surveys to determine who receives subsidy cards must include living conditions, income: expert

Waving off poverty in Bulgaria