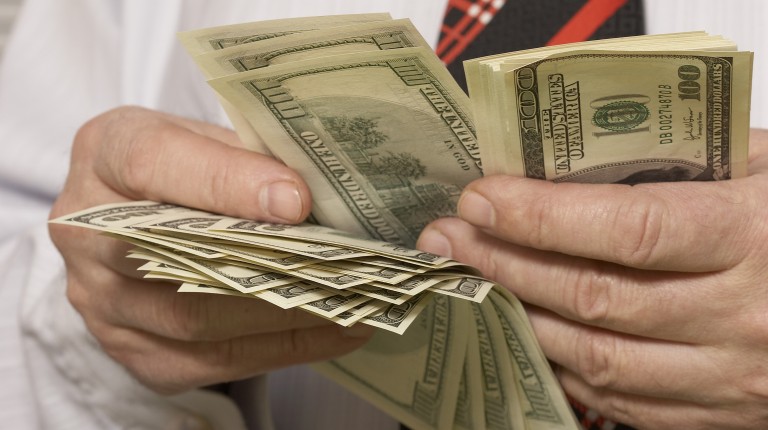 The US dollar lost over 50 piastres of its value against the Egyptian pound on the informal market on Wednesday after the government announced it will finance its economic reform programme through a $21bn loan over three years, including $12bn from the International Monetary Fund (IMF).

The US dollar has been trading in that market at an average price of EGP 12.5, falling from more than EGP 13 on Tuesday.

The informal market witnessed confusion, as trading was halted amid fears of downward trend in the coming days.

Banque Misr chairperson Mohamed El-Etreby predicted the US dollar would fall more on the informal market after the government’s announcement.

He noted that confrontation is vital, adding that coordination between fiscal and monetary policies will pay off in the near future as negotiations with the IMF progress.

Moreover, he said that Gulf aid will strengthen the foreign exchange reserves, along with rationalisation of imports and support of domestic products.

According to Tamer Youssef, the head of treasury at a foreign bank operating in the Egyptian market, the effect of the government’s plans with the IMF on the informal market US dollar price will become clearer after the meeting with the IMF’s mission in mid-August and will depend on the specifications of the programme that Egypt will present.

Youssef said that the Central Bank of Egypt (CBE) could devaluate the pound further to reach EGP 9.25-9.5 officially. He noted that the timing of this move is in the hands of the CBE alone to achieve the goals of the government’s economic programme.

The economic reform programme will begin in 2016 and continue to 2019. It will aim to fix fiscal fluctuations in the Egyptian economy, including aspects of the public budget or adjusting financial markets, as well as the balance of payments, public business sector, salaries, and the health and education sectors. This will open the door for foreign direct investments, he added.

Youssef said Egypt requires a saving rate of 30% to reach a growth rate of 5% and higher. “Since current saving rates are less than 13%, the government was forced to negotiate with international institutions to bridge this gap,” he noted.

In Cartoon: The actual trickle-down effect