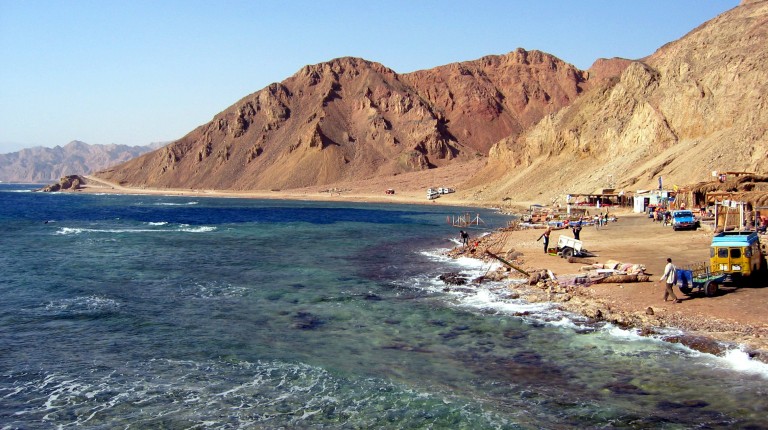 In 2015, the Egypt Economic Development Conference presented reforms and opportunities of Egypt’s medium-term economic strategy, highlighting eight main sectors that are key pillars to the country’s development. One of those sectors was tourism.

During the conference, the government announced that with the implementation of its strategy, it was planning to double the inflow of tourists by fiscal year 2017/2018, to reach 15 million. This would generate revenues worth $15bn. By 2020, the targeted number was set at 30 million tourists, with revenues worth $30bn.

However, a few months later a Russian aeroplane crashed in Sinai, and in May 2016, EgyptAir flight MS804 plunged into the Mediterranean Sea. Both incidents resulted in the death of all passengers and crew members on board.

While the tourism industry had already been suffering ever since the 25 January Revolution, the numbers only seemed to drop. In 2010, Egypt had welcomed 14.7 million tourists. A year later, the numbers dropped to 9.8 million, and decreased to 9.3 million in 2015.

Tourism is one of the main pillars of Egypt’s economy, in addition to the revenues of the Suez Canal. Those who suffer most under the decline of the incoming number of tourists are the companies and individuals serving the industry.

Daily News Egypt sat down with chairperson of Bright Sky Travel Moudy El-Shaer, talking about what could be called a tough year ahead, as the number of tourists to whom the company provides services has declined by 50%.

El-Shaer believes that the decline of tourist flow to Egypt during the current year will have negative repercussions on major tourism companies. Bright Sky Travel itself had served about 800,000 tourists in 2015─a number it cannot achieve this year.

How do you see the inbound tourism flows to Egypt in 2016? What is the Ministry of Tourism doing to help the sector?

This year will be very tough on the sector both in terms of numbers and revenues. I can say that we have lost both Russian and British markets in 2016, which are two of the most important markets. This means that Egypt has lost a large proportion of tourists following the Russian plane that was downed over the Sinai peninsula in 2015.

This decline certainly affects Bright Sky Travel’s share of inbound tourism to Egypt as we have experienced a 50% decrease in the number of tourists in 2016 compared to 2015. Last year the company was able to provide services 800,000 tourists.

However, the government has plans to restore and recover tourism in the coming period, especially at the end of this year’s winter season. Furthermore, we in the private sector are working in collaboration with the Ministry of Tourism to intensify marketing of tourism products.

The best thing we can do now is continue advertising and marketing Egypt. This is very important in light of the current conditions experienced by the tourism sector.

Egyptian tourism will return and will recover especially as the government has almost completed the security procedures review at Egyptian airports.

When do you expect the completion of the security procedures assessment review?

The government contracted with a major company to manage the security of airports, supported by a British firm that trains people in this field.

We have information that the government has nearly completed procedures at some airports. We expect that the private company for airport security management will begin its work at Sharm El-Sheikh airport in August.

This is important to return Russian and British tourism here as Egypt works to meet the highest levels of security at its airports.

What are the ministry’s marketing plans in the coming period?

The next target, according to officials at the Ministry of Tourism, will be Germany. This market, despite recent events, did not stop its movement to Egypt. The second target should be Britain.

Although Britain halted its flights to Sharm El-Sheikh at the beginning of November 2015, it did not impose restrictions on flights to the tourist areas in the Red Sea governorate or Luxor and Aswan.

The flow of British tourism to Hurghada is very weak. We must act according to the policy of separate marketing that Egypt followed in the 1990s and after the incident at Deir El-Bahari in order to move forward following the crisis.

What do you think about marketing in Britain after the Thomas Cook travel agency postponed its flights to Sharm El-Sheikh until February 2017?

Of course this will create a problem, but we must not lose hope. We still have Hurghada, Luxor, and Aswan. British flow to Sharm El-Sheikh was very weak when we first started marketing to that area, but it rose over time with increased advertising.

Thomas Cook has taken this decision because of the British government’s decision to suspend flights to Sharm El-Sheikh.

Many hotels are worried about the coming period due to higher operating costs. Do you think they could raise prices?

I do not expect that, but raising prices may occur progressively when tourism improves. If hotels raise their prices, tourist flow will decrease, which will provide Egypt’s competitors in the region with stronger opportunities.

There is a burn rate policy in the Egyptian tourism market. Why don’t hotels cease these policies?

There are market mechanisms for supply and demand, but you cannot continue to burn rates when operating costs are high as this would impact negatively on the quality of tourism services.

Some hotels insisted on burning the rates of services they provide, and where are those hotels now? They closed their doors due to the losses they suffered. Therefore, lowering prices without any regard to the operating costs and quality of services provided for guests is devastating.

What is your opinion of neighbouring competitors taking advantage of the current circumstances to increase their share of tourism to the Middle East?

Of course neighbouring markets benefit a lot from the instability in the Middle East, especially Turkey. However, the movement of inbound tourism to Turkey has declined in the past two years due to the political circumstances there.

I think that Spain is one of the countries that have benefited the most from the unrest in the Arab region over the past five years. Spain maximised its market shares of global tourism and reaped a large part of Middle Eastern countries’ shares.

How do you evaluate Egypt’s ability to compete with these markets in the future?

Tourism in Egypt requires a unification of policies by the government rather than each ministry working separately from the others. This adversely affects the tourism system.

The traffic, environment and transport sectors affect tourism. We have to target the high-spending tourist consumer. This will happen following the activation of the Supreme Council of Tourism that was recently formed by President Abdel Fattah Al-Sisi.

The European market represents a large proportion of tourism to Egypt. Do you think we will see more tourists coming from Europe?

No, not yet. We have the tradition markets to Egypt: Russian, German, British, and Italian. Despite these markets, we do not receive enough European tourism to suit the many Egyptian resources.

But there are markets in Europe that should not be overlooked, like Poland, Czech Republic, Ukraine, and Serbia. These countries have contributed to a growth in tourism.

Many of these markets require flights directly to tourist resorts on the Red Sea which is difficult to accommodate currently. How can you solve this matter?

Blue Sky Group will begin marketing campaigns in Eastern Europe in the coming period, especially in Poland and Czech Republic. An agreement was made between a Czech company and Air Cairo in May to operate 10 flights weekly to Hurghada and Marsa Alam from Prague.

We will offer to facilitate flights from Germany to Luxor for Air Cairo. We have already contacted the company’s board and the company promised to study the matter with the Ministry of Aviation.

The German market wants to visit Luxor and Aswan, and we will be meeting with some German tourism companies in the coming period.

British PM May turns to Turkey for trade talks