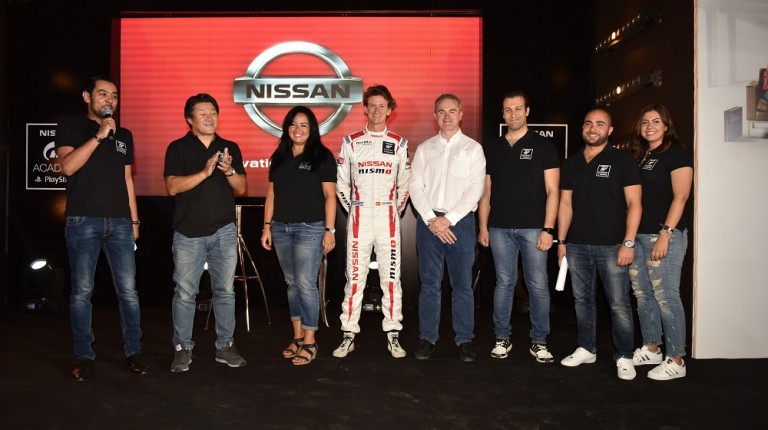 Nissan’s GT Academy and PlayStation® are proud to announce the kickoff of live events in Egypt running from 21 July to 15 August. Tonight’s first kick-off will take place at Porto Marina, North Coast. Last week, Nissan celebrated its second year of GT Academy’s success at the opening ceremony in Marrakesh. GT Academy’s first phase of live events opens in shopping malls and other venues across Egypt, Morocco, and Algeria.

Managing director of Nissan Motor Egypt, Isao Sekiguchi, along with Daniel Whittemore and Lucas Ordonez, the NISMO athlete, welcomed many racers, influencers, and key media representatives as they gave them a quick insight into the upcoming GT Academy competitions that will be taking place soon in North Africa.

GT Academy takes aspiring racers and puts them through a nationwide virtual racing competition using PlayStation® to find the fastest gamers in each participating region. The winning racers will get the chance to participate in the National Final event, which includes driving, fitness tests, and a media element, in addition to the virtual racing competition. The qualified racers will then travel to Silverstone, United Kingdom, for the final “Race Camp” competition, where the winner shall be announced.

Sekiguchi said: “Nissan’s innovation and excitement was taken to a new standard after GT- Academy, because not only is Nissan the first company to introduce an official motor sport competition as such, but it is also the first company to have the humble ability to turn dreams into literal reality, and this is something we don’t take lightly.”

Nissan to face charges over emissions?