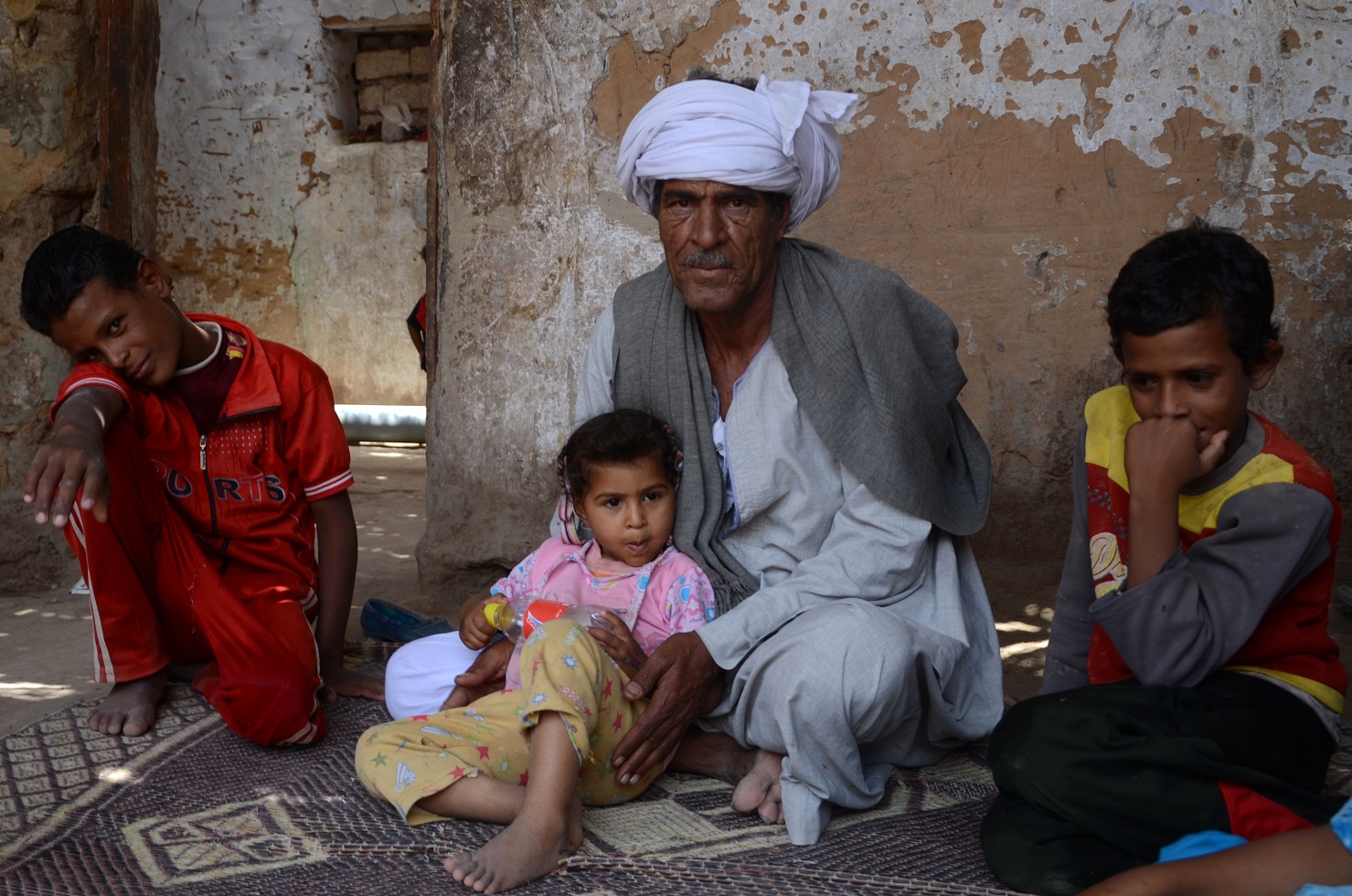 A number of bankers interviewed by Daily News Egypt had different opinions on the possibility of converting part of the government’s debt to banks into shares in national projects.

Member of parliament and head of the Planning and Budget Committee Hussein Eissa earlier told the media that the committee is considering new solutions to reduce domestic debt, which currently stands at EGP 2.4tn.

He had explained that one solution could be converting part of the debt the government owes banks into stakes in new and existing national projects. These banks can further keep their shares or put them up for public offering.

According to those supporting the suggestion, the converted debts need to be carefully studied, and the nature of national projects needs to be defined.

Others believe that the proposal poses too many risks to the banks’ funds—which primarily consist of clients’ money.

Member of the board of directors of Suez Canal Bank (SC Bank) and the Arab Sudanese Bank (ASB) Mohamed Abdel-Aal said that converting portions of the dues owed by the state to public banks into shares in national projects will help increase the efficiency of these projects. Abdel-Aal stated that this decision would encourage quickening and facilitating procedures for investors to put up the rest of these projects’ shares.

He added that the public debt, which reached nearly EGP 2.49tn by the end of March, is considered one of the main challenges Egypt is facing during these times, especially given that the country’s way of dealing with the issue solely focused on the GDP. Hence, these plans failed due to the restrictions these policies required, including the pressure of general spending on projects, and a slowdown of growth with an increase in recession, inflation, and unemployment.

“The Planning and Budget Committee in the parliament plans to replace part of the governmental dues to bank with shares in national projects in order to reduce the debts, which is considered positive and innovative thinking,” Abdel-Aal said.

He explained that the state can sell shares of new projects in the form of stocks. Banks then can resell these stocks to individuals.

Regarding old projects, Abdel-Aal believes that the state—represented by its ministries and governmental institutions or public sector companies—must issue long-term bonds, guaranteed by the government and owned by Egyptian or foreign investors, on the condition of putting restrictions on the ownership percentages of these bonds. This will ensure a balance of ownership to serve the state’s best interest.

“One of the advantages of this procedure is that the banks will get rid of their dues, which will improve their budgets and performance. Investors will also buy these shares or bonds guaranteed by the government, and will reimburse their money easily,” Abdel-Aal added.

He added that issuing long-term bonds instead of the short-term debts for banks will give the government a chance to restructure its companies and inject new capital into them—hence, achieving profits that could be used to repay the instalments of the bonds and their interests.

Abdel-Aal believes that the state can negotiate with foreign companies working in Egypt in order to repay all or part of the debts in Egyptian pounds instead of US dollars. This will help reduce the pressure on the country’s foreign exchange resources, along with reducing the value of debts.

“The perfect balance must be achieved between local and foreign borrowing, where the latter case could be faster and cheaper. However, it hinders the state’s independence. Moreover, local borrowing can reduce the amounts of available funds for projects, which will eventually increase recession,” he added.

He noted that for the state to succeed at replacing part of the debts with shares in national projects, whether new or existing ones, it must inventory and assess these projects through the help of famous assessment companies. It must then carry out realistic feasibility studies for the new projects, restructure the old ones, then inventory their debts thoroughly.

Why does the state not increase its revenues by raising taxes?

Ezz El-Din Hassanein, a banking and economic expert and general manager at an Arab bank in Egypt, posed the question: why is the state not trying to increase its revenues through raising taxes?

He explained that the state could raise the taxes it collects by raising the size of public and private investment and imposing strict tax evasion laws. He noted that EGP 250bn were lost over the past few years through tax evasion—which, if it had been collected, would bridge the entire budget deficit gap.

According to Hassanein, Egypt lacks a mechanism for stating the financial positions of projects. Moreover, the informal economy, estimated at EGP 2tn, works behind the scene without paying taxes. Worse, much of Egypt’s real estate is not recorded at the notary office; therefore, no taxes are collected on them. Collectively, huge resources are being wasted.

Hassanein said that the parliament’s proposal to include banks as shareholders in national projects in exchange for part of the state-owed dues to these banks—described as capitalisation of indebtedness—is right thinking.

However, he added, there are many questions to be answered beforehand. Will banks even agree to that? How could banks ensure that these projects will bring profits? And if they bring return, will it match the revenues banks currently make from treasury bills and bonds that are of an average yield of about 16%?

Hassanein argued that there must be a stipulated share of which banks can contribute in national projects for debts. There should also be a specified ratio of their total treasury bills and bonds that can be exchanged for shares in projects.

“Any loss in any project will cost the bank its capital and depositors their rights,” he noted.

Hence, Hassanein said that approving such procedures by banks will not only require the approval of board members, but also public assemblies and its main shareholders, because such a move has many risks.

State-owned banks could move in this direction and bear any consequences. The parliament’s decision on this matter will only represent a non-binding recommendation to banks, Hassanein said, pointing out that such a decision will definitely reduce the budget deficit.

Banks cannot be forced into accepting such a proposal: bank board member

Board member of a private bank operating in Egypt Tarek Helmy said that banks cannot be forced to accept the proposal of converting government dues into shares in national projects.

He added that banks must be given the right to accept or reject the offer, exclaiming that “the matter will be subject to studies conducted by each bank”.

He noted that state-owned bank may be forced to take the offer, but private banks will be free to choose what fits most.

“Banks should be left alone to operate and serve the economy,” he pointed out. “We should not be burdening them with these proposals that add up dispensable problems.”

Past experience indicates potential for failure of such a measure: banking expert

General director of a private bank in Egypt Ahmed Selim refused to even consider the proposal of converting part of the state-owed dues to banks into shares in national projects.

He said that banks will not accept this measure, adding that only state-owned banks can be pressured into accepting it. Selim explained that several past experiences prove that owning shares in public companies are considered “a failure”. These failures, according to Selim, later forced banks to sell their stakes at very low prices.

Selim wondered how a bank with all its experts could run a company or a project for pesticides or biscuit production.

He noted that the banking sector is the only strong sector remaining in Egypt. “Such proposals can drag us all into an unwanted situation,” he added. “It is also gambling with depositors’ money.”

Tamer Youssef, head of treasury at a foreign bank operating in the Egyptian market, said that converting part of the government’s indebtedness to banks into stakes in national projects adversely affects the safety and efficiency of the banking sector.

Youssef explained that the banking sector is working under specific parameters and standards, whether those standards were set by the Central Bank of Egypt (CBE) or Basel 2 and 3 standards.

These standards aim to protect the adequacy of the banking sector and the safety of the depositors’ money. They include standards for liquidity, risks, maturity gaps, maturity ladder, and asset quality, among other aspects that all relate to capital adequacy, according to Youssef.

He noted that the proposal cannot be serious because it is inconsistent with the customers’ desire to invest their money safely.

Youssef explained that banks’ funds come from the deposits of customers, who are always looking for a safe, low-risk pot to invest their money, even if at a relatively low yield compared to other investments with higher risk factors, such as equities or direct investment in companies.

The proposal is fine in principle: banker

General manager of local employment at Faisal Islamic Bank of Egypt Sabry El-Bendary said that the proposal under consideration is fine in principle. The parliamentary Planning and Budget Committee suggested converting part of government-owed loans to banks into shares in national projects.

He added that such a measure will be subject to the instructions of the Central Bank of Egypt (CBE), which will set the rates of the shares and keep them from exceeding the banks’ capital bases.

Each bank will prepare their own studies to choose whether to keep their debts as they are or to convert them, in light of feasibility studies and expected cash flows, he explained, noting that each bank has its own conditions and circumstances.

Director of the risk management department at an international financial institution Zakaria Salah said that the majority of banks’ money comes from depositor funds. He added that converting the government’s dues to banks into stakes in national projects must be approved by the Central Bank of Egypt (CBE).

Salah noted that the nature of these debts must be studied and understood to predict the effects of implementing such a proposal.

If governmental companies pay off their debt regularly, implementing this proposal would deprive banks from scheduled interest rates on original loans. The banks will be forced to wait until the end of each fiscal year to see if the company has made any profits at all, and then get their part. If companies experience losses, the banks will lose too, Salah explained.

He added that if banks were to convert the government’s dues into shares in national projects, this would add more burdens on the banks. They would have to follow up on the performance of these public sector companies and appoint representatives on the board of directors, not to mention the impact this could have on the banks’ capital adequacy.

According to Salah, studies on that front indicated that companies in which banks own stakes are more likely to make profit. However, more studies are needed to draw a clear vision of the impact of implementing this procedure and to estimate the size of burden and interest banks would be forced to bear or gain.

As an alternative, Salah proposed forming a unit within the Ministry of Public Sector Affairs and allocating a fund for financial restructuring of non-performing governmental companies. This would allow a case-by-case study to find the most adequate solution for each company.