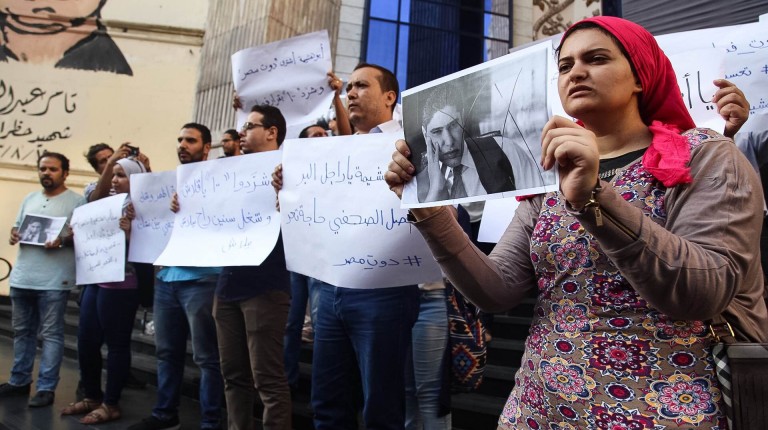 The Press Syndicate filed a report to general prosecutor Nabil Sadek against the administration of privately-owned news website Dotmsr, which had dismissed 85 reporters on 20 July.

The syndicate demanded protection for the dismissed journalists who organised an ongoing protest against their unjustified dismissal at the company headquarters.

The reporters were informed of their dismissal verbally and the decision was implemented immediately without prior notice.

The journalists continued their protest for more than 12 days. They also organised a number of rallies in front of the syndicate against the dismissal, demanding that their rights be met.

The syndicate leaders have expressed their solidarity with the journalists and their rights. It intervened in order to negotiate with the administration so that the dismissed journalists would be sent any outstanding salaries.

There have been rumours that the journalists were fired due to Dotmsr’s recent transfer of ownership to media mogul Ahmed Abou Hashima, allegedly because the previous owner was not able to pay reporters’ salaries.

However, in a statement, the legal counsel for Egyptian Media, Abou Hashima’s company, denied that ownership had been transferred to Abou Hashima.

Dotmsr’s decision to dismiss the journalists is unlawful and does not comply with neither international labour law nor Egyptian labour law, which stipulates that workers should be informed sufficiently prior to their dismissal  and with clear reason.

In February 2014, Dotmsr dismissed 75 journalists, according to many of the previously dismissed reporters. The website administration claimed that the dismissal decision was part of a plan to cut expenses.

We did not expel journalists; we dismissed them: Dotmsr Board