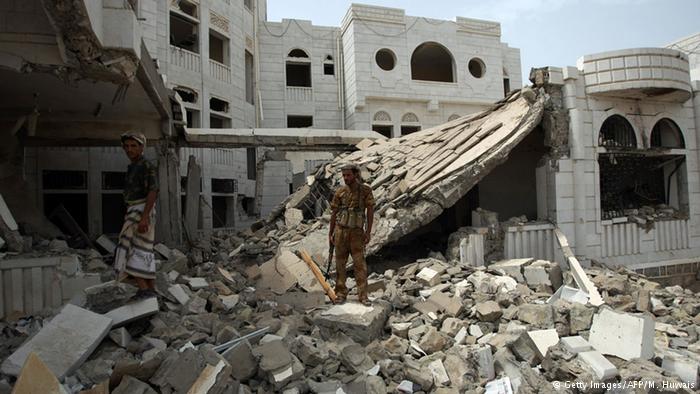 Spokesperson for the Houthi troops Mohamed Abdel Salam said they welcomed the United Nations (UN) announcement to extend the Kuwait-based peace talks for one more week, in a statement on behalf of the participating Houthi delegation on Sunday.

The UN special envoy for Yemen, Ismail Ould Cheikh Ahmed, announced the extension of the current peace negotiations in Kuwait for an additional week on Saturday, in a bid to enable both delegations [of the Yemen government and the Houthis] to achieve progress on the path towards peace.

This move was perceived as a lifeline for the ongoing peace talks in Kuwait after it had witnessed a standoff between both delegations. The Yemeni government delegation, led by president Abd Rabo Mansour Hadi, withdrew from the talks as they demanded to pass the UN Security Council resolution which states the withdrawal of the Houthis from all cities. Meanwhile, the Houthis rejected this deal as they demanded that Saudi-led forces stop their strikes.

Abdel Salam said: “This extension should be based on outlining a comprehensive accord that includes political, humanitarian, economic, and security aspects for both parties.” Moreover, they demanded sharing executive power, including the presidency and the government.

The Houthis announced on Thursday, amid the ongoing talks in Kuwait, a written national agreement which stipulates the formation of a political council which includes representatives of the Houthis and the General Popular Conference party to take over the country’s affairs and find ways to combat the Saudi-led airstrikes.

Houthi leaders on social media platforms have been calling for Yemenis to take to the streets of Yemen’s capital Sana’a on Monday, in order to demand the enforcement of this agreement.

The agreement came under fire as it was described as a unilateral movement that jeopardised the ongoing peace talks.

However, in a different statement by Abdel Salam, he said that this agreement shall not affect the Kuwait peace talks. “In the case that the Yemenis reached an agreement, we will be the first to adopt it and strive to implement it,” he said.

He further responded to reactions on their establishment of the national agreement, saying there have already been a string of unilateral decisions by the Yemeni government and the Saudi coalition that wrecked havoc on the nation.

Yemen has been witnessing increasing turmoil for almost 16 months, following the power grab of the Houthis, the Shia rebel troops led by Abdul Malik Al-Houthi in the north.

The group took over much of the Yemeni cities and entered the capital Sana’a in September 2014, amid clashes with the state forces, which left hundreds dead, including civilians.

In March 2015, Saudi Arabia launched airstrikes targeting Houthis in several cities. However, those airstrikes widely affected civilians and children, and led to the deterioration of public services.

At least 6,500 people have been killed during the past two years, including more than 3,200 civilians, according to several observatories.

Nineteen out of 22 governorates are facing severe food insecurity, and the situation within affected areas is likely to deteriorate if conflict persists.

According to an assessment by the UN, following a declared cessation of hostilities in early April, many parts of the country were provided relief, but serious violations still occur in Marib, Al-Jawf, Taiz, and in the borders with Saudi Arabia.