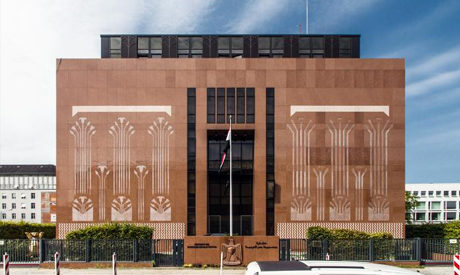 German authorities told the Egyptian embassy in Berlin that deceased detainee Mohamed Abdel Fattah Al-Naggar had demanded that Egyptian authorities not be informed of his arrest in February on charges of theft, according to a statement from the Ministry of Foreign Affairs Tuesday.

Al-Naggar was first reported dead by his father on 22 June. He claimed that his son was tortured and killed and that the Egyptian authorities were not informed about the incident.

It has now transpired that Al-Naggar stated in a letter that he did not want his family to be contacted in the case of emergency. German authorities said that in the letter, which was written before he attempted to hang himself in prison, Al-Naggar stated that he does not want his body repatriated to Egypt if he died and also demanded that his body be cremated, rather than buried.

German authorities said that they followed his demands as per the letter and that his body was cremated.

The Egyptian Embassy in Berlin contacted the German foreign ministry as soon as they were informed about Al-Naggar’s death. The embassy said that the decision to cremate the body should not have been taken before coordinating with the Egyptian side, adding that German authorities did not take into consideration Al-Naggar’s nationality or religion, which stipulates that the body should have been buried.

The Egyptian consul is set to meet with general prosecution officials on 4 August, to examine documents pertaining to the incident and the letter that was allegedly written before his death.

German authorities previously reported that Al-Naggar died in hospital in Essen on 22 June, after he tried to hang himself in prison on 16 June. In response to claims of torture, authorities stated that there was no third party involved.

Death of Egyptian in Germany not classified as ‘murder’: German Embassy