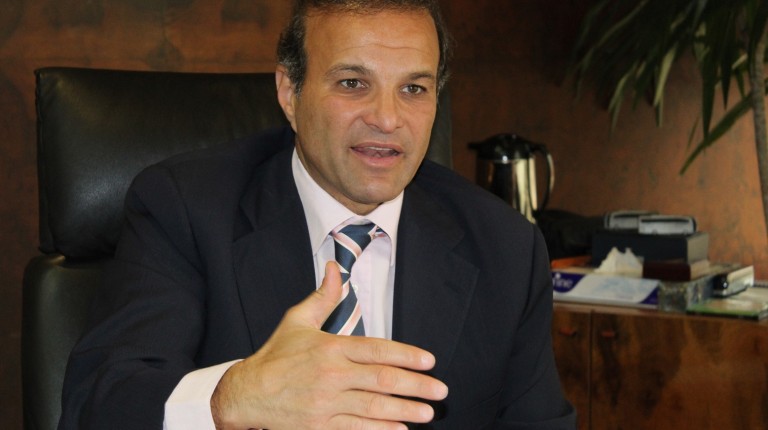 For some time, Egypt has been looking at local automotive manufacturing possibilities. Last month, the Egyptian Auto Feeders Association presented a project to the presidency, focusing on the establishment of an automotive factory that would manufacture export-ready cars in Egypt. Additionally, the parliament and cabinet has been drafting and evaluating the automotive industry enhancement law, to increase the production of domestically manufactured components.

Although automotive sales decreased in the first half of 2016, the sector has not been retreating, as preparations for the Egypt Automotive summit in December move forward and prices of vehicles continue to rise.

One of the companies that has been maintaining a strong foothold in Egypt’s automotive industry for years is MCV Group, which is specialised in manufacturing transport means. Daily News Egypt sat down with President of MCV Group Karim Ghabbour to talk about local manufacturing, the currency crisis, and the challenges facing MCV.

How have you managed to become the only exporting Egyptian company in the automotive sector?

MCV Group represents the real automotive industry, as it is the only company that exports its products and owns a large office for designing buses. The percentage of the locally manufactured components in our domestically produced buses amounts to 70%, with a total of 2,000 parts for every bus. The tin and steel are bought from Ezz Steel and the Egyptian Iron and Steel Company.

How does the currency crisis affect car manufacturing in Egypt?

The state is not capable of supporting the companies. They have to rely on themselves as the state is moving towards removing subsidies, which is inevitable.

The current exchange rate of the Egyptian pound against the US dollar pushes MCV to compete in the exports industry. Exports will compensate the decline of sales in the local market.

The fair value of the US dollar is EGP 11-12, and it should not have exceeded EGP 13. The US dollar broke the threshold of EGP 13 given the speculations of the informal market.

How do you evaluate the current situation of automotive manufacturing in Egypt?

Manufacturing a small number of cars is economically ineffective. If we want to attract foreign investors to manufacture in Egypt, it is necessary to keep the factory production at a minimum of 400,000 – 500,000 cars. The production of local factories now varies between 10,000 and 30,000 cars, which are uneconomic amounts. Additionally, the production is not focusing on exports, but rather on competing in the local market.

All Egyptian factories cannot compete to export. They produce for the local market in order to benefit from the customs difference between importing cars and local manufacturing. Also, European cars enjoy customs reduction, so Egyptian factories locally manufacture cars of different origins—with the sole aim of competing domestically. We need to build an industry that aims to compete internationally.

What is the role of the Public Transport Authority in developing the local automotive industry?

The Public Transport Authority has 40,000 employees, although it can operate with only 7,000 employees through the private sector. Therefore, any revenues by the authority is directly injected into the salaries. This prevents further development of the system or state-revenue.

The public transportation system needs to be restructured, and the state has to provide support to lower-income segments of society through the private sector. That way, better services can be provided to the public at a lower cost.

I believe the laws of the public sector need to be revised, and MCV is ready to provide any consultation in regard to structuring a public transport system in Egypt.

What is the capacity of the MCV factory?

We invested EGP 400m over the past 10 years to develop the MCV factory and increase its production capacity from 3,000 to 10,000 buses.

What is the targeted number of sold buses this year?

We export public transportation and school buses to Europe. Some of them are double-decker buses and some are single-decker buses.

What challenges are currently facing your company in exporting?

We are facing severe competition with Chinese companies in the Gulf countries, especially in Saudi Arabia. The Chinese companies are affiliated to the public sector, which means that we compete with a state, not a company.

What are you expansion plans in exporting buses in the coming period?

MCV is targeting to export 150 hybrid and double-decker buses to London this year. This batch would be the second, after we exported approximately 50 buses in the past period.

We are cooperating with General Motors on exporting minibuses to Ghana on 4 and 5 August. MCV manufactured the bodies of the buses, while General Motors provided the chassis of the minibuses.

Return to normal demand on US dollar in informal market