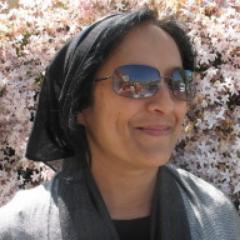 In March 2016, when the supporters of Islamic State (IS) wanted to establish a base in Ben Guerdane, Tunisia—a town along the Libyan border—it was the local population that rose up against them and worked with the security forces to defeat and oust them. They all vehemently worked against radicalism because they felt that it was a threat to their future, their newly founded freedom, and self-rule that they all support.

Even though the government is still struggling with serious economic problems, the people in Tunisia, from all walks of life, support their government. There have been two peaceful changes of power since 2011, and the elections were free and fair even according to the parties who lost. The first election brought the Islamists, the Ennahda party, to power. When they failed to quell radicalism and two secular leaders were murdered, they resigned, and the people elected a secular party, Nidaa Tounes, to govern and be tough with the trouble makers.

Through these peaceful processes of change, the people gained trust and confidence in their democratic system. The consensus-building transitional process—following the 2011 Jasmine Revolution that ended 23 years of autocratic rule—that successfully helped produce the most progressive constitution in the Muslim world (no Sharia law, gender parity, proportional representation to facilitate power-sharing governance, etc), and the way the Islamists and secularists came together to establish democracy all helped gain the trust and full support of the people.

This is a shining example of success for societies that are still struggling with democracy to see how a polarised, conflict-prone, dysfunctional country that had been repressed by autocratic secular rules for some 50 years could change its course within a just few years because the opposite forces decided to come together to govern through consensus. This very process of a nation coming together is the most forceful way to fight radicalism.

In this global society the operations of groups like Al-Qaeda, the Taliban, and now IS have all already created an aura of defiance and chivalry in fighting the formidable powers in the world that victimised the Muslim world with their colonial rule and unjust policies. Standing up to the onslaught of their ‘War on Terror’ and defying intimidations of the local and regional governments seem empowering and awe-inspiring for many young Muslims—rich or poor, educated or uneducated—around the world that are deeply troubled either by their societies or by their own personal and/or family failures.

This is an ever-lurking destructive domain that is continuously seducing young minds to join. If one group is subdued, others spring up with a more vicious agenda. This ever-present call of jihad appears as a way out of the humiliating and degrading reality a young person is too often stuck with in an undemocratic and corrupt society. It is a formidable force. The illusion of glory and salvation is real in many minds to justify the most heinous crimes perpetrated in the name of jihad. Nowadays light-speed communication is creating an instantaneous, sensationalist fear around the world with the vivid images of a violent event that in itself is alluring for people who feel helpless, hopeless, and disoriented in a society full of violations of human rights and dignity, and a decline in moral and family values. Without addressing the root causes of radicalism, a society would have ongoing uphill battles against radicalism only using state power.

Even the ‘War on Terror’ policy has largely failed despite powerful countries spending hundreds of billions of dollars , while their transnational network of intelligence has failed to create a safer world.

The world leaders and experts, even the army generals, concede that there is no military solution to radicalism and terrorism. The deep rooted causes need to be addressed to deal with this menace in our time. If a person is determined to give up his/her own life, he/she becomes a power bomb that can burst at the choosing of that person. It becomes extremely difficult to stop that person. That person needs to be convinced of a better way out. The more ruthless and exhaustive the law enforcement agencies become the more widespread radicalism may grow. The widespread availability of weapons due to the reckless arms businesses worldwide for the last several decades is also fuelling the fire of terrorism.

There must be a balanced approach: police and security forces should do their job exercising due diligence and care, at the same time society and the state must focus on the causes and help create an encouraging environment in which potential radicals would have a difficult time choosing radicalism. A two-pronged agenda is needed: hunt them down and help them transform.

UN secretary general Ban Ki-moon notes in his Plan of Action to Prevent Violent Extremism: “We know that extremism flourishes when human rights are violated…political space is shrunk”. Rachid Ghannouchi, the leader of the Ennahda party of Tunisia, repeatedly points out that the violent Salafist and jihadist movements sprang up during the long repressive rules in Egypt, Algeria, Tunisia, Tajikistan, and other places. He also says that poverty and “misreading of religion” also become key factors behind violent radicalism.

Religion matters a great deal in a Muslim-majority society. However, when ignorance, false indoctrinations, and misconceptions of the religion prevail, religion is conveniently misused to radicalise people. In many Muslim-majority societies, religious culture is too dogmatic with excessive focus on rituals and petty issues ignoring—and sometimes violating—the values and principles of Islam.

A forceful ongoing discourse among different segments of a society—including liberals and Islamists—is desperately needed to help bring about a moderate mindset. Visionary academic curriculums are an imperative to reform a society and to challenge radicalism. This should be the top priority in the Muslim world. In Tunisia, it is the on-going dialogue between the Islamists and secularists, and the consequent changes in both that have been influencing the whole nation to be tolerant and moderate. A constructive engagement between opposite forces empowers the moderates and marginalises the extremes on all sides. That is exactly what has been happening among Islamists and secularists in Tunisia.

To expose democratic values and processes early on, to help bring about future leadership and a moderate culture, a country should incorporate student body elections not only at the university levels but also at the lower levels going down to the primary schools. This is an extremely important national agenda towards building a democratic culture and to de-radicalise young people.

The worldwide decline of moral and family values is also a deep-rooted cause of increased frustration and derailment of many young people leading to radicalism. The greed and materialism, the encroachment of the global mercantile culture that defines success only in terms of wealth, drives families to become nuclear and self-centred, ignoring greater family networks and neglecting social responsibilities. The greater family and social network that always helped cultivate human bonding and values are all falling apart under the pressures of modernity.

Unfortunately, when young people increasingly turn towards religion for a sense of purpose and peace in life, they are again indoctrinated by the unenlightened and uninformed clerics propagating ideas that violate the very spirit of Islam and its universal message. They often teach prejudices against others by inducing ignorant followers to see the world in terms of “us versus them”, believers versus ‘kafir and mushriq’ (nonbelievers), the Muslim world versus the ‘evil’ west , and so on, that cultivate hatred and intolerance of others creating dissension and radicalism in humanity. Their negative voices remain prominent because the learned and enlightened Muslims failed to lead the Muslim world.

Boko Haram in Nigeria grew under the utterly repressive corrupt rule of an autocrat. Al-Qaeda and the Taliban in Afghanistan, and Al-Shabab in Somalia took root and grew in an environment of utter chaos, turmoil, and in a dysfunctional state where people become desperate and sympathetic towards rebellion. Injustices, the lack of rule of law, wide disparity between the few who are rich and the vast majority who are poor, lack of jobs, a bleak future, and frustration all create circumstances where extremism and terrorism find the ideal breeding ground.

People rebel when they feel there is no other way out. When victims of oppression join the cause they can become ruthless. Ayman Al-Zawahiri, the second leader of Al-Qaeda and a physician coming from an educated family, transformed after severe torture and humiliation in Egyptian prisons. The core of IS consists of many of Iraq’s Sunni army who were disbanded after Saddam fell. Seeing the widespread degraded condition and sufferings and humiliation of fellow Sunnis after the Shia came to power enraged and drove them to resort to violence.

In this global village where there is an ever increasing awareness of human rights and dignity leading to an ever greater demand for democracy and liberty, no society could remain healthy if a segment is subjugated, humiliated, and marginalised. The governments that ignore this ever unfolding reality are doing tremendous disservice to their own societies and to their own future.

Ruby Amatulla is the executive director of Muslims for Peace, Justice and Progress and Women for Good Governance.