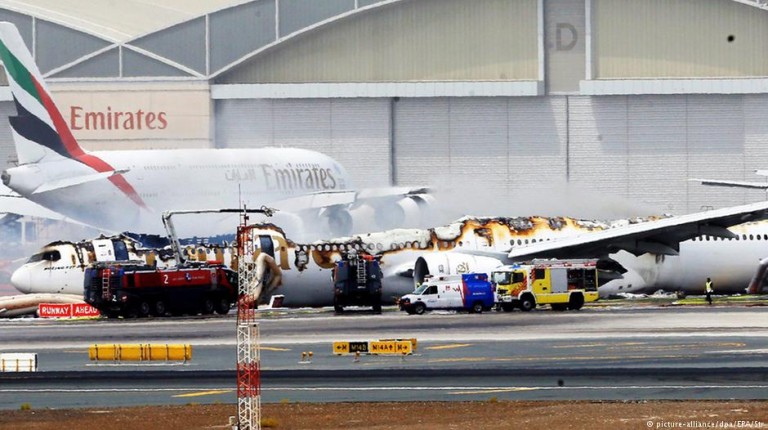 An Emirates Airline plane coming from India made an emergency landing and burst into flames at Dubai airport on Wednesday, the airline and the government reported.

Emirates confirmed that “an incident” at Dubai airport had occurred but that all 300 passengers and crew aboard were safely evacuated. It reported “no fatalities” in a post on Twitter.

The airline stated that the accident occurred as Flight EK521 arrived from the southern Indian city of Thiruvananthapuram. Emirates said its “main priority now is the safety and well-being of all involved.”

Passengers said that as the plane neared Dubai, the pilot announced that there was an issue with the landing gear, according to Iype Vallikadan, a reporter with the Indian newspaper “Mathrubhumi News.”

The Dubai government’s official media office said there were “no reported injuries” so far.

After halting all arrivals and departures following the emergency landing, Dubai airport announced it would “resume departure operations”.

Sources at Dubai’s airport say the pilot requested an emergency landing after a fire broke out in one of the plane’s engines.

Social media users posted videos and pictures of black smoke billowing from an Emirates jetliner. The plane appeared to be lying on its belly.

In Video: What we know so far about the Emirati aeroplane