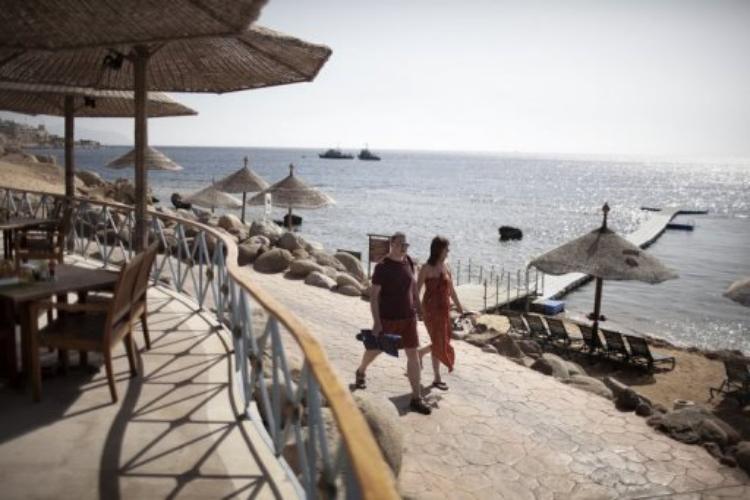 Cairo and Alexandria hotels registered the highest levels of demand compared to other tourist destinations in the Middle East and North Africa region, according to a report by Colliers International.

Workers in the tourism sector said this growth reflects a major development in both cities in terms of stability over the past five years as well as a change in foreign tourists’ views, especially those of Arab tourists.

The demand on hotels in Cairo and Alexandria topped other cities in the Middle East and North Africa during the period from July to September.

Hussein Shoukry, director of the Safir Hotel in Cairo, said that the growth in tourism during the first half of this year was led by Arab tourists coming from the Gulf States.

Shoukry added that Arab tourism is still increasing as many families in the Gulf States want to spend their holidays in Egypt during the summer, and many businessmen spend significant amounts of time in Cairo, which has increased hotel occupancy in the city.

Alexandria is one of the most important tourist destinations in the summer with domestic tourism from both individuals and families being directed there, added Shoukry. This, and Ramadan falling at the beginning of the summer this year, increased hotel occupancy.

The average hotel occupancy in Alexandria reached 78%, while the income from one room reached 79% during the comparison period.

According to the report, Cairo hotels witnessed a significant growth in occupancy demand during the first half of the year.

Cairo’s hotel room occupancy rate is expected to reach 58%, so the income from one room would reach 96%, which is the highest rate of return in Egypt, according to the report.

Wasim Mohy El-Din, former head of the Chamber of Tourism, said that Alexandria experienced the highest hotel occupancy from July to September nationwide, with hotel occupancy at more than 80% during the three months, with a growth rate exceeding 100%.

Hesham Nessim, member of the Egyptian Chamber of Hotels, said that hotel occupancies in Sharm El-Sheikh and Hurghada are considered to be low compared to the same period in the average conditions before 2010; however, there are areas that are below average in terms of occupancies in Nuweiba and Taba.

Nessim added that conditions are expected to improve once European countries, particularly Russia and the UK, lift their ban on travel to Sharm El-Sheikh.

Moscow suspended tourism flights to Egypt in November after the Metrojet aeroplane crash in Sinai that resulted in the death of 224 passengers. Britain similarly suspended its flights to Sharm El-Sheikh.

Sharm El-Sheikh and Hurghada’s hotel capacity represent 65% of Egypt’s total number hotels. The hotels represent 90% of the income from tourism.

Despite this, British tourism did not ban travel to Hurghada, however, there is still a significant drop in occupancy in Red Sea hotels, according to an official.

He added that the assessment process of the security measures at airports will improve the average occupancy.