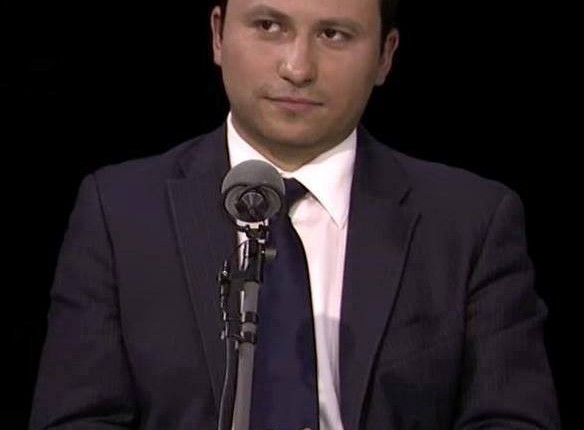 In ancient Greece, wars would be briefly interrupted during the Olympic Games. Can Brazil, through this year’s Olympic Games, leave behind its worst political, economic, and social crisis in decades?

For former Brazilian president Lula, the architect of this winning bid for Brazil, the Olympics would crystallise, in international public opinion, the ascent of his country on the world stage. However, even if Brazil, considered as the country of the cordialidade—using the words of the Brazilian historian Sérgio Buarque de Holanda—will receive the athletes and tourist with open arms, the image given to the world will be one of a divided and polarised nation, with two presidents fighting for power.

In contrast to the destitution left by Fernando Collor de Mello in 1992, which created the conditions for economic recovery and a social improvement later on, the impeachment process of Dilma Rousseff did not curb the Brazilian crisis. Instead, we are witnessing a political and media battle between the interim government, led by Michel Temer, and the suspended president Dilma Rousseff. In regards to economics—the main concern for Brazilians—the Temer administration sent ambiguous signals. On one hand, they announced budget cuts in health and education and questioned the effectiveness of social programmes. On the other hand, the government made new expenses in order to consolidate its parliamentary majority, which will rule on the impeachment process of Dilma Rousseff in late August, and to please federal bureaucracy, who obtained important salary increases despite the “austerity” programme mentioned by Michel Temer and his finance minister, Henrique Meirelles.

Thanks to the positive image of M. Meirelles in financial circles (he was the president of the central bank during Lula’s presidency) as well as their distrust vis-à-vis Rousseff’s administration, markets have adopted a benevolent attitude towards these measures, but it is unlikely to last. Contrary to 2003, when Lula had not only the legitimacy of the ballot box but also the political strength to impose to his party and the parties of his coalition the adoption of unpopular measures, a significant part of the public considers Michel Temer an illegitimate interim president. Furthermore, he has to deal with the same parliamentary majority that refused to vote austerity measures promoted by Dilma Rousseff in 2015, and remains caught in the torrent of corruption scandals revealed by the “Lava Jato” affair, despite the removal of Eduardo Cunha, former speaker of the house, who initiated the impeachment process of Dilma Rousseff and is an ally of Michel Temer.

Structurally, the Brazilian triple crisis has depicted many of the country’s vulnerabilities. First, there exists a troublesome relationship between money and politics, caused by a dysfunctional electoral system that imposes no spending limits for electoral campaigns and promotes the political fragmentation in the Parliament. However, by appointing in his cabinetministersfacing corruption charges—who are white men only—Michel Temer has shown that he wants to uphold the status quo. Second, the lack of media pluralism has been highlighted by a biased and partial treatment of events, aiming ultimately to undermine Dilma Rousseff’s presidency. By using their media force, they have fully assumed their role as the “fourth power” and supported the former opposition.

Again, the interim government’s actions do not go in the right direction. Michel Temer tried to remove the head of the public TV channel EBC, before the latterwas called to order by the Supreme Court. After failing to control the EBC, Temer is trying to close the channel.

Finally, justice is connected to revealing corruption plaguing the political, media, and economic elite. It is a matter of fact that several members of the judiciary have not hesitated to act above the law in order to achieve their goals. Justice has become, in part, an instrument for political provocation. More than four months after the forced testimony of former president Lula to the federal police in the São Paulo airport, which had an international media impact, no document has proven a felony or an illicit enrichment made by former president Lula. While evidence is lagging, the media and legal harassment against Lula is still in place.

While it is likely that the mobilisations will decrease during the Games, we cannot forget that the interim government is very unpopular (14% satisfaction). Furthermore, over 60% of Brazilians support early elections, and if elections were held today, Lula would win in the first round. In the land of the cordialidade, after the emotions and the Olympic truce, the coming months are likely to be the arena of profound political struggles.

Gaspard Estrada is the Executive Director of the Political Observatory of Latin America and the Caribbean (OPALC). You can follow him on Twitter @Gaspard_Estrada