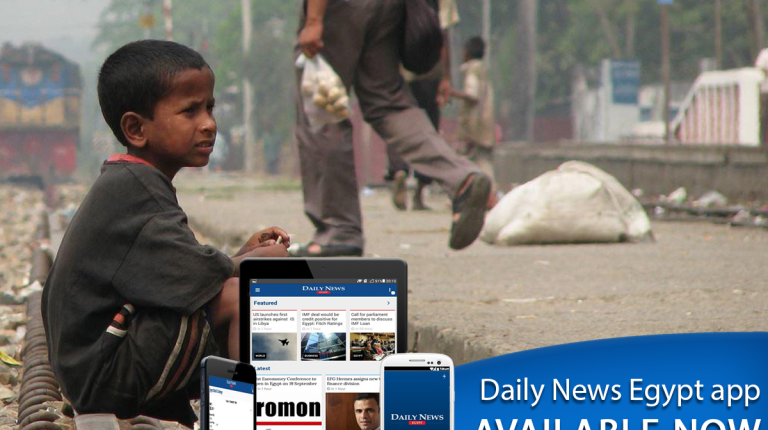 “It’s the economy, stupid” was the original phrase which James Carville coined as a lead strategist for Bill Clinton’s successful presidential campaign in 1992 against the then sitting president George H. W. Bush. Its effect was magical. In 1991, 90% of polled Americans approved of Bush’s performance days after American troops moved to defeat Saddam Hussein in the Second Gulf War. A year later, American attention was turned back to domestic issues with economic recession topping the list. Clinton’s campaign nailed it by making this phrase its de facto statement. The Arkansas governor defeated the sitting president on a promise of reviving the economy.

As Egypt moved towards economic liberalisation its government stopped employing the majority of new graduates and lifted the long time ban on imports. Similar to Americans, Egyptians started to have increasing interest in economic news and to feel its impact on their day-to-day life.

Economic growth started to have greater impact on employment and exchange rates appeared to cast more influence on inflation. Over the past two years Egyptians received a confusing governmental speech about the economy. Governmental announcements continued to contain classical clichés about willingness to attract foreign investments and reliance on the private sector as the main engine for the economy.

In practice the government marched with full speed in a series of national projects which seemed to expand rather than trim the role of the state. The list included a new EGP 64bn worth New Suez Canal that didn’t seem to increase the US dollar revenues of the canal one year after its launch, a $45bn New Administrative Capital and a one and half million feddan reclamation project, which the government insisted that it can secure its water supply at a time of water shortage and worries about the Renaissance Dam. In the inauguration ceremony of the last project President Abdel Fattah Al-Sisi announced that the total investments in national projects reached a whopping EGP 1.3 trillion which is slightly below 50% of Egypt’s entire GDP.

The real ground was quite tough. The Egyptian Pound was devaluated by 90% – 100% in the black market over the past five years with more than 50% reduction in its value in the last two years. The country’s foreign reserve which stood at $36bn in 2010 was more than halved and is now mainly composed of deposits instead of savings. Inflation started to hit hard and the president asked the army to help maintain prices by offering lower cost food products.

At the same time most multinationals and private sector companies started to downsize and implement hiring freeze if not adopting layoffs. Tourism, which employs two million citizens, suffered from successive blows after the bombing of the Russian aeroplane, shooting of Mexican tourists and murdering of Italian researcher Giulio Regeni. Real estate seemed to be the only functioning sector as wealthy Egyptians resorted to purchasing of upscale residential units as a way of hedging against the devaluation of the Egyptian pound. Egyptians started to question the root causes of this crisis and to debate whether the current government’s vision will ever cure their sick economy or not.

At the heart of this crisis was the ballooning deficit in Egypt’s balance of trade. This is the net difference between exports and imports. In 2015, Egypt’s imports skyrocketed to $61bn while its exports stood at just $22bn leaving a hefty $39bn hole in the country’s balance of trade, which was supposed to be covered in the balance of payments by other sources like the revenue of the Suez Canal, tourism, foreign investment, and remittances. The first two plummeted. Foreign investors are reluctant to invest at a time of political instability, unfriendly bureaucracy and an overvalued local currency. Remittances went down due to more lucrative rates offered in the black market and in some cases political rift with the regime that lowers the appetite of some Egyptians living abroad to transfer money back to their mother country. Pain killers thus didn’t work, forcing any observer to look at the core issue which is weak exports.

Egypt’s exports are indeed too little for a country of its size. It is quite shocking that remittances from 10 million Egyptians living abroad are equivalent to more than 80% of exports by 90 million citizens. Egypt ranked 131 out of 140 countries in exports as a percentage of GDP in the Global Competiveness Index, trailing several developing countries like Uganda, Tanzania, and Kenya. It is thus apparent like Cairo’s noon sun during August that supporting exports should be the number one priority for the government.

Egypt’s government seems to have realised this yet its realisation came too late and subsequent actions were too little. At the time of EGP 1.3tr investment in national projects 1,000 factories that closed their doors after the 25 January Revolution were left without apparent support for too long of a time. As the government focused on securing electricity supply for residential areas it failed to do so for energy dependent factories that produce cement, steel, fertilizers, ceramics, and bricks. Egypt’s famous textile industry, which makes use of Egyptian cotton as a global brand seemed unable to compete, and the government did not show a viable plan to revive it. Programming and ICT services came under fire as multinationals downsized and moved regional headquarters outside Egypt. It was only in the first quarter of 2016 that the government announced resumption of the previously abolished exports subsidisation programme and reducing energy prices for heavy industries in an attempt to get them back on the production track and thus reduce imports.

One can just imagine the wonders that a fraction of the amount directed to national projects could have done if it was channeled to support exports. The government needs to identify priority industries and to support them in order to balance its books without too much dependency on volatile sources like tourism and remittances. It should focus on having a proper investment law and cutting bureaucratic obstacles for investment instead of draining its energy on the money hungry national projects that did not offer encouraging return to date. Only after balancing the books or at least reducing their intolerable deficits can a vision for improving education and health care be properly financed.

India’s founding father Mahatma Gandhi once said “A ‘no’ uttered from deepest conviction is better than a ‘yes’ uttered merely to please, or worse to avoid trouble.” In this regard I say that while acknowledging the extremely tough regional environment I still see a long journey that the Egyptian government has to travel before claiming that it has done its role properly.  I am not only concerned about the speed of the government, but equally with its direction. The road to success is not named national projects. Its name is writing the right legislations, creating an attracting governmental environment and in some cases placing the right funding to attract investment and bolster exports generating projects. In all of this the government needs to bring in experts and give them the needed space to set their own vision and implement it. As I reached the end of this article a I had a question in mind. Is the government fully empowered to do what I requested in this article? Well, I will leave the answer to the reader.

Last month, Daily News Egypt held a writing competition in which followers were invited to submit an article on the topic of their choosing. Ten of the best articles submitted were selected by DNE. In the next phase of the competition, the top three that receive the most likes on Facebook will win cash prizes and a one-month internship. DNE is not responsible for the content of the selected.
Topics: economic crisis Egypt foreign investment Giulio Regeni suez canal tourism

In Cartoon: Egypt’s pursuit of stability keeps it under cover