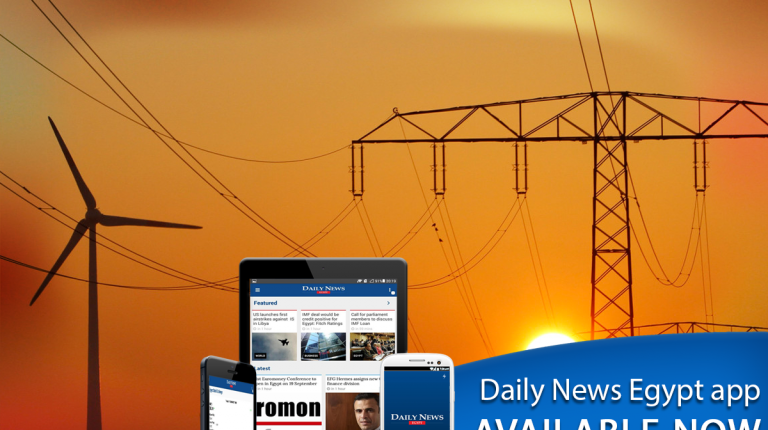 It triggers both fascination and envy to know about other countries achievements in diverse fields, while we in Egypt persistently undergo electricity cuts and water shortages. Now that it is summer time and consumption is skyrocketing, the occurrence of these phenomena is also going to increase.

However, some cities and countries stand out─ie Germany, a country that seems to be taking the lead in eco-friendly initiatives.

Freiburg is said to be the sunniest and hottest city in Germany. It produces 20% of its energy through solar technology. Its aptness to solar energy is not something recent, as the city has been working on modifying and developing the functions of solar panels for the past 40 years. In 2010, Freiburg was a finalist in the European Green Capital Award, which aims to reward the efforts of governments that try to maintain ecological cities.

Freiburg follows a lot of methods that helped it become one of the most advanced cities in Germany. Primarily, it built isolated, ecological houses, of which the solar-panel-layered roofs formed barriers to prevent blocking the view of the other houses around. The city is ‘energy positive’, meaning that it produces more energy than it consumes. Furthermore, citizens also contribute to energy saving by using public transportation, riding bicycles, or by simply walking to work or to short-distance trips. Some of them do not even have cars.

Another noteworthy city is Feldheim, or rather a town of a population of only 150 citizens. In 2012, Feldheim installed wind turbines to make use of its abundant land-space and strong wind. Previously, the city was not a tourist attraction, since it had no restaurants, museums, or monuments. Today, a lot of visitors are keen on examining and witnessing Feldheim’s development first-hand.

It does not stop there. In 2014, German city Wildpoldsried generated 500% more energy than it needed. The journey started with a project that started back in 1997, aiming to produce 100% of the city’s energy through renewable energy resources by 2020. The fruit ripened years earlier.

Germany is on its way to get rid of all its nuclear power plants by 2022, and is solely depending on biogas, solar energy, and wind turbines to produce all of its energy. The surplus energy is sold and yields more than $7m annually.

Now back to reality: weew bin Egypt. We do not have any of that. We cannot compete in the European Green Capital Award, and we certainly do not see any hint of similar initiatives as those in Germany. That still does not mean that we cannot personally contribute to looking after the environment, as part of paying it the debt we owe it.

Here are some easy yet effective steps that we can all do. It all starts with turning your air conditioner up to 24 or 26 degrees. This saves up to 30% or more of energy, thus helping the environment and at the same time, reducing your electricity bill this summer.

Then go out and buy compact, fluorescent bulbs. At first they may seem more expensive, but they actually last much longer than normal bulbs, and use only a quarter of their energy.

Also, unplug your phone or laptop charger from the socket after charging your device. Some people remove their device from the charger but leave the charger plugged in, assuming that this does not drain electricity, but it does. This might also cause electric sparks, leading to electric shocks.

Another step that is repeated all the time, yet barely applied is turning off the light in the room after you leave. You might leave a room thinking that you would be back instantly, but you might not come back shortly, leaving the light to entertain no one for hours, consuming wasted energy.

Lastly, unsurprisingly, your mother was right: do not leave the refrigerator door open, because it loses 30% of the cooled air every time it is opened. This causes it to use more energy to make up for the cool air it loses.

We are far off from keeping up with the progress of foreign cities, but we can do our part on a personal level, which could save us a bit of the embarrassment of being so far behind, and it could make us prouder of our contribution to a ‘greener’ globe. This might be our condolence, or our intercessor to redemption. You never know.

Last month, Daily News Egypt held a writing competition in which followers were invited to submit an article on the topic of their choosing. Ten of the best articles submitted were selected by DNE. In the next phase of the competition, the top three that receive the most likes on Facebook will win cash prizes and a one-month internship. DNE is not responsible for the content of the selected.
Topics: electricity energy-efficient Germany natural gas nuclear power plants Power

Government to rely on solar energy to shore up power deficit