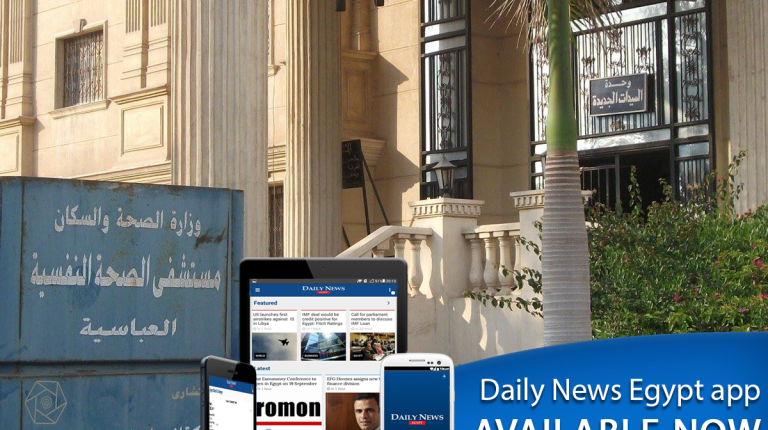 If you ever want to ride a microbus to Abbaseya, you won’t have to stop each passing vehicle and ask whether the driver is heading there; it’s a lot easier than that. All drivers heading to Abbaseya do the same signal: raising one arm to head level and rotating the fingers in head’s direction. We all know the gesture; the universal sign coding “crazy”. But what does it have to do with Abbaseya? Well, the biggest mental institution in Egypt, in the Middle East as a matter of fact, is located there: the Abbaseya Mental Hospital.

This is how the average Egyptian perceives mental health.

Mental health legislation was first introduced in Egypt in 1944, prior to most African and Arab countries. Yet, to this day, the laws have not been updated. As a result, Egypt faces many issues concerning mental health. There’s financing mental health services, for instance.

Of the country’s health care expenditures only 2% are devoted to mental care, 59% of which spent on public mental hospitals.

This leads us to the next issue, which is the distribution of mental hospitals around the country. There are 15 mental hospitals in Egypt. Of the major five there are three in the capital (Abbaseya, Khanka, and Heliopolis), one in Helwan and one in Alexandria, both of which are amongst the largest cities of the country. The remaining ten also happen to be located in mostly rural areas. This disproportionate distribution causes such a deficiency in mental health facilities in urban areas that of Egypt’s 24 governorates there are five without any psychiatric services, namely Matrouh, the Red Sea, New Valley, and North and South Sinai.

Concerning the number of beds available in the former mentioned hospitals (which make up 81% of the total available beds in all mental health facilities), statistics show a number of 9.12 beds per 100,000 population. Surely, this is a fair representation of how much pressure is put on mental hospitals due to the lack of community based inpatient units and forensic units. Outpatients are, fortunately, less of an issue as there are 62 public outpatient facilities in the country serving more than 82% of the overall mental patients.

The majority of the former mentioned (around 73%) work in mental hospitals, but still are unable to compensate for the patients’ overflow as there are only 0.07 psychiatrists, 0.27 nurses, etc. per bed available in mental hospitals.

On a happier note, the availability of psychotropic drugs in mental health facilities does not seem to be a problem. Yet, they are completely absent in physician-based primary health care units, although PHC doctors are allowed to prescribe some psychotropic medicines.

In terms of its collaborations with other sectors, the General Secretariat of Mental Health in Egypt still has a long way to go. While 97% of primary and secondary schools have either a part-time or full-time health professional, only about 1% of these professionals are trained in mental health. Less than 20% of these schools are involved in activities meaning to promote mental health and to prevent mental disorders.

Concerning employment, there are no legal obligations for employers to hire a certain percentage of employees that are disabled (physically or mentally), nor is there any legislative protection from discrimination (e.g. lower wages) solely on account of mental disorder. As to financial support, luckily, all mental disorders, as well as the required medication, are covered in social insurance schemes.

33% of social welfare receivers do so because of a mental disability. In the criminal justice system, there are no prisoners in treatment contact with mental health professionals, whereas neither judges nor lawyers, but only few police officers participate in regular educational activities on mental health care. Finally, the social awareness network on mental health is still inefficient, mainly because of the insufficient links between the mental health sector and the other related sectors, such as NGOs.

Unfortunately, mental health is quite discarded in terms of research since only 4% of all health publications in the country were on mental health.

This presents a glimpse of the formal issues of mental health in the country. But what about the informal ones? The average individual’s perception of mental health is just one of many. Merely the word “Abbaseya” or “El Saray El Safra” has become a trend for craziness. Mentally unstable people are regarded as a source of danger, are looked down on, are called names and represent living examples of God’s anger in this society.

Some people go as far to believe they are possessed by the devil. Others go even further and abandon close relatives with mental disorders out of shame and disgrace. Many mental hospital officials complain that a big number of the patients checking in never actually leave, not because they’re still ill, but because the society and their families simply cannot accept them.

So they are just held there, like a disease that no one should get anywhere near to. On the other hand, many of the patients themselves start regarding the hospitals as their homes and dread leaving them because they know the exclusion and the suffrage that await them outside. And these are the ones who are better off because they receive some sort of a treatment.

Yet, there are others who pay numerous visits to traditional and religious healers before finally, not having felt an improvement as in most cases, deciding to give science a try. A study by Professor A. Okasha reveals that 60% of outpatients at the university clinic in Cairo serving low socioeconomic classes have been to traditional healers before coming to the psychiatrist.

Another informal issue is the private clinics and hospitals. There is a caricature that represents this: a man with inside-out trousers’ pockets and a gloomy expression entering a clinic. In front of him a nurse is sitting at her desk over which a paper read: medical examination EGP 200. Upon seeing this, the man thinks in a speech bubble: “If I had EGP 200, why would I be here?” Thus, the social polarisation in this country hasn’t left anything untouched.

There is also a problem in the fact that nobody asks for a doctor’s prescription at a pharmacy. You may walk in, buy a tape of Xanax, walk out without any trouble. This has lead to a myriad of problems. The rate of suicide attempts in Cairo was found to be 38.5 per 100,000 population. Overdose by tablet ingestion was the most commonly used method with a percentage of 80%.

Last month, Daily News Egypt held a writing competition in which followers were invited to submit an article on the topic of their choosing. Ten of the best articles submitted were selected by DNE. In the next phase of the competition, the top three that receive the most likes on Facebook will win cash prizes and a one-month internship. DNE is not responsible for the content of the selected.
Topics: Abbaseya Abbaseya Mental Hospital Egypt mental health