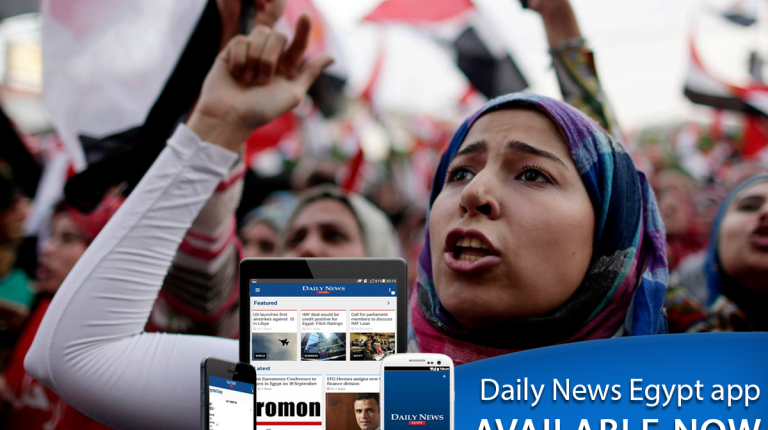 Unfortunately, it will come as no surprise to those of you reading this that women are treated as less equal than men in Egypt. Although this inequality is a global phenomenon, it is more prominent and widespread across the Arab world and in Egypt. The proof lies before our own eyes everyday: your grandmother who was forced to give up her career to raise her children, your cousin who was ostracised after getting an abortion, the lack of respect oftentimes shown to female teachers by male students, and the crude remarks you hear grey-haired men and even prepubescent boys shout in the direction of women on the street at all times of day.

Undoubtedly, these are often boys whose own parents have cultivated their discriminatory behaviour by simply failing to intervene to transform their thinking, and rather have accepted the unjust status quo. What is even more tragic is the realisation that these boys themselves will one day grow up and have daughters and have sons perpetuating this biased and warped cycle that plagues Egyptian society, unless decisive and transformative action is taken.

Gender inequality impacts women’s lives in the economic realm. Although around the world, women often work more than men yet are paid less, this unfortunate sensation is predictably most pronounced across Africa and the Middle East. Women and children are usually the ones who suffer the most poverty, despite the fact that they cultivate more than half of all the food that is grown in the region. It is an appalling fact that in sub-Saharan Africa alone, women produce more than 80% of all crops, nevertheless many go unpaid and find it difficult to obtain resources, since many societies still don’t accept that there is a change in the traditional family dynamic.

Moreover, those in the lower, and even middle classes of Egypt still view males as the primary breadwinners of the family, with working mothers often looked down upon, and single mothers offered very little support. Additionally, girls suffer severe educational disadvantages, with many families in Upper Egypt choosing to withdraw their daughters from school after they hit puberty, in order to reduce their interaction with males. Not only do women face these issues daily, they also tend to own less property, and gender biases in Egyptian inheritance laws leave women and children at greater risk of poverty.

Since it is not possible for us to globally eliminate gender biases without first making efforts in our own society, we can fight for Egyptian rural women’s need to gain more secure land rights, which will also help eradicate poverty. Moreover, these land rights will help achieve environmental sustainability, social development, and will contribute to the reduction of poverty across the country.

The UN food and agricultural organisation estimates that if women had the same access to resources as men they could increase yields on their farms by 20-30%, which would alleviate some 150 million people out of poverty. Since this is a global figure, imagine the amount of hunger that could be diminished in Egypt alone. The gains to be made would undeniably empower women, but would also promote entire families and communities. This is important if we want to transform agriculture into the productive, high-value, and market-oriented sector it once used to be in Egypt.

I personally want to help families in Egypt who struggle daily to find sustenance, and the key to this is in the empowerment of women. Egypt can look to other countries for inspiration, like Rwanda, where women who have secure and clear land rights contribute a greater proportion of income to the household, leaving more money for their children’s education, and allocating enough food for the family.

A report conducted in Nepal further revealed that malnutrition is reduced by half when the mother owns the land. Additionally, Ethiopian authorities found that a new land registration effort strengthening women’s land rights led to more households adopting new land-related investments, including tree planting and using soil conservation techniques. If the Egyptian government implemented coherent, fixed, and uniform land rights for women; an action which it has thus far hesitated to take in order to preserve the undisputed prevalence of males in society, we could start to see significant improvements in the lives of a desperate people.

We should also strive to equip rural women with the necessary advanced machinery and fertilisers, in order to help transform their status from subsistence to commercial farmers, which would simultaneously empower women and revitalise the economy. Thus, instead of trying to implement policies to solve hunger, eradicate poverty and increase education rates in Egypt—policies that take months to come up with and even longer to legislate—why can’t we dedicate ourselves to fighting for gender equality and trust that the rest will follow?

What Egypt is also in dire need of is a nation-wide reorganisation and restructuring of the Egyptian public education system. Firstly, it is not enough to merely legislate against girls’ early withdrawal from schools, but the government must ensure that this is genuinely and reliably enforced. Not only does staying in school engender great benefits for the girls themselves, since educated girls are less likely to be forced into marriages and/or to marry prematurely, but it also positively impacts the generations to come, as educated mothers are more likely to seek to educate their own children.

However, it is not enough to simply ensure that children go through the education system, but we need to guarantee that the system itself will bring about the positive impact needed, and this is where a credible commitment is required. The government must introduce training workshops to inform teachers of the perils of gender inequality, and highlight how it hinders society economically, politically, and culturally. They also must be equipped with adequate tools to transfer this knowledge to the children, as well as to recognise and effectively counter gender-based violence and discrimination in schools.

We cannot continue to excuse gender-based violence, asserting that ‘boys will be boys’. Such action prolongs their chauvinistic behaviour, which only reinforces gender inequality and gender stereotypes, which we should be striving to erase. Schools should be safe havens for children where respect, empathy, and consideration are encouraged, and where they can learn in a civil, enjoyable, and intellectually stimulating environment. Such an environment is especially important to cultivate once we consider that the vast majority of children in the Egyptian public education system comes from extremely underprivileged and oftentimes violent backgrounds, where their disrespectful and prejudiced attitudes are commonly ignored, if not encouraged.

If such reforms were truly incorporated into Egypt’s economic and social realms, this would effectively and significantly help tackle the gender issues pervading our society, and remove the barriers that are restraining and holding our women back, in order to watch our country thrive and develop. It is undeniable that empowered and educated women have empowered and educated daughters and sons, who live full and productive lives. Consequently, such reforms will evidently bring about long-lasting results, whose impact will be felt across the country, and hopefully one day across the entire region. We should all start looking outside of our own privileged societal bubble and realise that, as the fortunate and educated youth of Egypt, the future really is in our hands.

Last month, Daily News Egypt held a writing competition in which followers were invited to submit an article on the topic of their choosing. Ten of the best articles submitted were selected by DNE. In the next phase of the competition, the top three that receive the most likes on Facebook will win cash prizes and a one-month internship. DNE is not responsible for the content of the selected.
Topics: Gender equality men women

In Video: Government officials ring the bell for gender equality