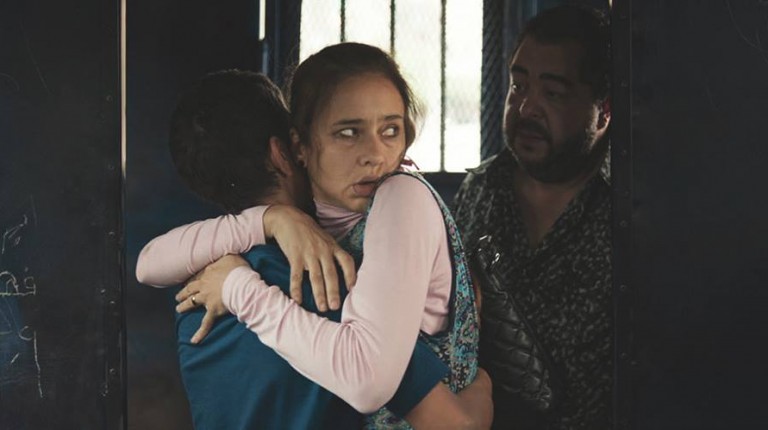 After much anticipation, varied opinions, and an intellectual dispute, the long-awaited and controversial movie Clash has finally hit local cinema screens. Clash was screened during the recent Cannes Film Festival, where it was highly praised.

Despite those who saw the movie during the festival giving positive and encouraging feedback, the local audience was divided between supporters and critics long before the movie was screened in Egypt.

After changing their distribution agency only a few days before the private screening and launching a massive social media campaign, the team behind Clash finally confronted their critics and opponents.

The 90-minute emotional rollercoaster is an open letter to humans around the world. The movie brilliantly dives into a sensitive moment in recent Egyptian history and depicts all sides on an equal slate.

The story unfolds a few days after the 30 June Uprising, when the masses took to the streets and vocalised their opposition to, and support for, the Muslim Brotherhood. Though the exact day is never mentioned, the period itself is self-explanatory due to its meaningful events.

The movie highlights the severe division that haunted the nation during that time. Accordingly, the story brings together journalists, average citizens attending a nearby march, Muslim Brotherhood members and supporters, as well as pro-army supporters. Over the course of a day, every group is represented, depicting both the good and the bad of each.

The script, written by Mohammed and Khalid Diab, features all types of characters that were present in society at the time, outside of the polar division between pro-military supporters and Muslim Brotherhood members. The characters are together in the back of a police van throughout the entire movie. One of these characters is “Mans” (Ahmed Malek): a young man from a low-income background who works as a mahraganat (local sha’abi music) DJ. Another is a parking valet who lives on the street and knows nothing about the political environment, but only wants to take revenge for his dog, his best friend, who was killed in one of the marches.

The movie’s overarching goal is to show that everyone is human. They all grew up with similar beliefs and traditions, but ended up with different ideologies and identities.

During one of the movie’s greatest scenes, the diverse group of character sits in the van at night as the tiring day fades into darkness. Everyone joins in conversation, laughing and smiling, and eventually that conversation erupts into song. The emotions emitted from this moment show that despite differences and violence, humans can be strikingly alike. 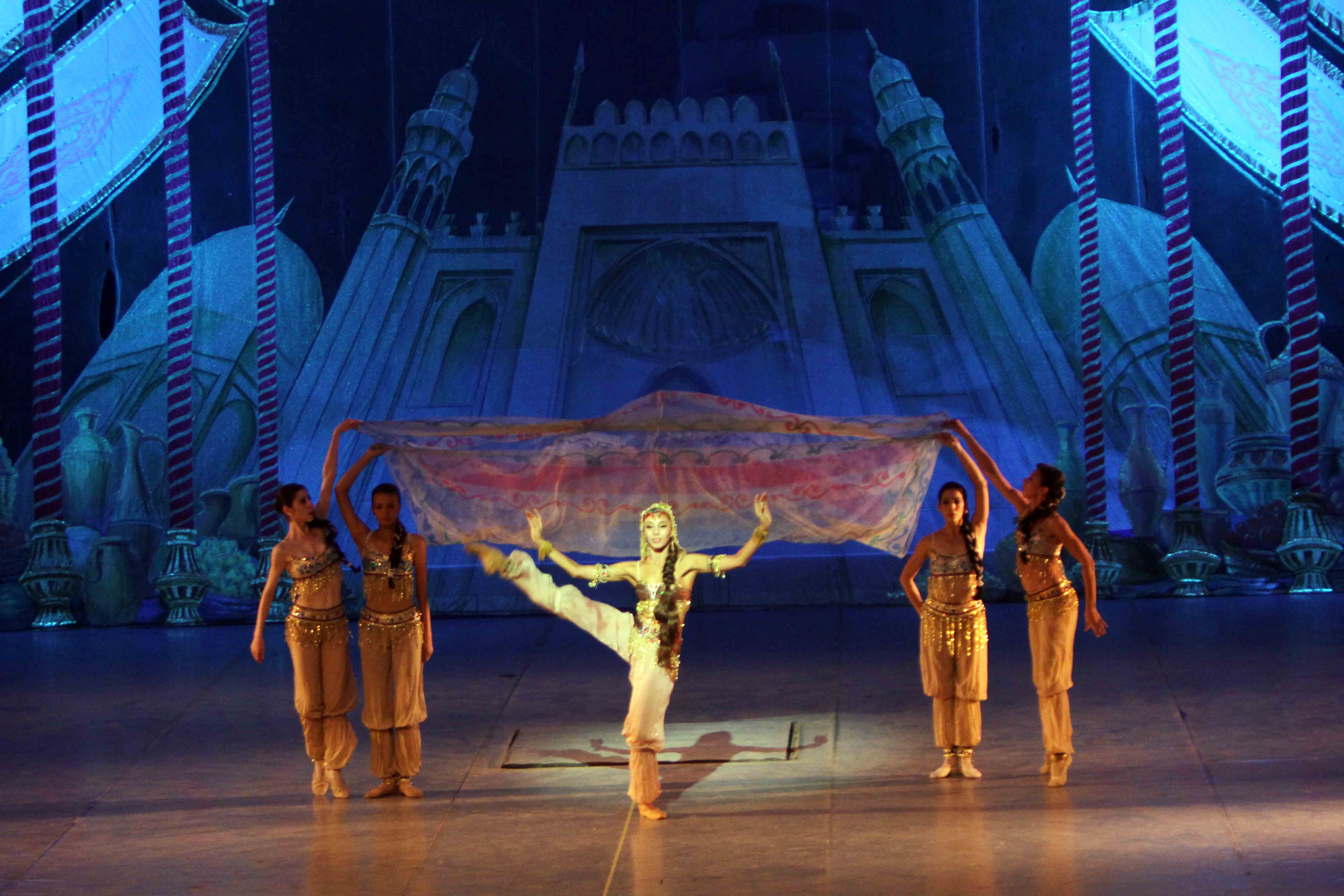 This scene of humanity is the opposite of what the movie leaves the audience with in the final scene. Chaos marks the ending, and the audience is left wondering about the fate of the characters it has gotten to know so intimately. As the police van drives into a charged protest, with laser lights streaming across the dark mass of people and chants erupt from all over, the door is pulled open and the characters are pulled out one by one before the film fades to black.

While the film tries its best to depict humanity in everyone the audience sees, this was met with controversy. Some audience members have claimed that the film tried too hard to depict everyone as human, and as a result of this, the sometimes violent role of certain sides in the post-June 2013 conflict was whitewashed.

A few critics have already claimed that the movie portrays the police and conscripts as overly friendly and compassionate. On the other hand, another segment of the audience had a similar commentary about the Muslim Brotherhood.

“I almost cried in the first 15 minutes of the film,” said moviegoer Mohammed Nada. “This film represents nothing of the clashes that took place in 2013; it totally supports the ruling regime and shows nothing bad about it.”

Nada spoke to the criticisms of many others who saw the film as a beautifying tool for the Ministry of Interior. From their point of view, the film presents police in an unrealistic way that only focuses on the good side of them.

Accusations are built around the script that depicts one police officer emotionally telling the detainees that he will release the women and children among them because he has sisters and children. The film also depicts a police conscript who refuses to follow his superior’s orders to keep the van closed while people were choking inside, facing the danger of being killed by his superior officer or going to jail.

“Featuring the good hearted police officer that cares about women and children and the honest sergeant that would have risked his life for the sake of saving the detainees is nothing close to the reality I saw and lived at that time,” Nada added.

In one scene, the film followed the van as it made its way into the heart of an Islamic protest just before clashes erupted between police and protesters. From the police’s side, unlike reality, only tear gas bombs and water were used to disperse the protest.

No violations carried out by police were featured in the film. “I was once a part of these protests, and I saw with my own eyes the extreme violations practiced by the officers, yet none of that was captured on the screen,” Nada continued.

The movie also received negative reviews for featuring a large number of police injuries and fewer protestors being injured by police. In one of the scenes after the clashes end, the camera shows a number of heavily injured police officers without depicting the number of injuries from the other side, which could easily be double due to the force the police used to disperse the protests.

While the actual dispute between Muslim Brotherhood members, police forces, and pro-army supporters is still ongoing in Egyptian streets, some moviegoers and audience members have labelled the movie as a bad representation of Egypt and a hostile story that supports the wrong side of the dispute.

Despite the local controversy Clash caused, the film also received an array of positive feedback from international outlets, newspapers, and magazines after being screened as the opening film of the Cannes Un Certain Regard in May.

International actor Tom Hanks wrote on his official Facebook page encouraging people to watch the movie, saying: “If there’s any way you can see Clash by Egyptian director Mohamed Diab, you must. You simply must. The film will break your heart, but enlighten all.”

Hanks also sent Mohammed Diab a letter admitting that the film provides a new perspective of Egyptian society other than the previous, and often violent, negative depictions that people have.

In the letter, which was posted by Diab, Hanks writes: “Few Americans see Egypt as being anything more than terrorists and pyramids. Your film CLASH will go great lengths to enlighten many. Audiences will see that humanity is a fragile community, but we are all in ‘this’ together. And, we will all come to pray for Egypt, in any way we know how.”

“Thank you for your magnificent film and the crew and cast that are first rate examples of what they do,” says Hanks.

The movie was co-produced by Mohamed Hefzy and Moez Massoud. Since he is regarded as an Islamic preacher, Massoud’s participation in the movie has been highly criticised by pro-army supporters, as it is regarded as an attempt to glorify the Muslim Brotherhood members and portray them in a positive and compassionate light.

In a Facebook post, Massoud responded to such accusations, stating that “the problem is not having different point of views, but it’s the way people express it”.

“People angrily ask me how I dare sell the revolution,” Masoud wrote in the post. “When I answer back that art is one of my methods to deliver my message, I get accused that this is the talk of ‘foreigners’ who want to destroy the country and that I won’t succeed with my seamy scheme [the film]. Someone comes to calm everyone down telling them that they are all judging me wrong, before he looks at me saying ’this man is a Zionist’.”

From the other side, Diab and the team have repeatedly discussed the matter during their interviews and announced that Massoud is in fact a humane researcher, who has been studying Islamic groups and organisations long enough to be able to ensure objective references in the script.

Even though the movie faced a major dilemma ahead of its screening as the distributing company pulled out only four days before the private screening, the crew triggered a strong social media campaign with MAD Solutions to encourage everyone to see the movie before shaping their opinion based on conflicting reviews.

The UN’s new North Korea rapporteur: ‘We have to be realistic’