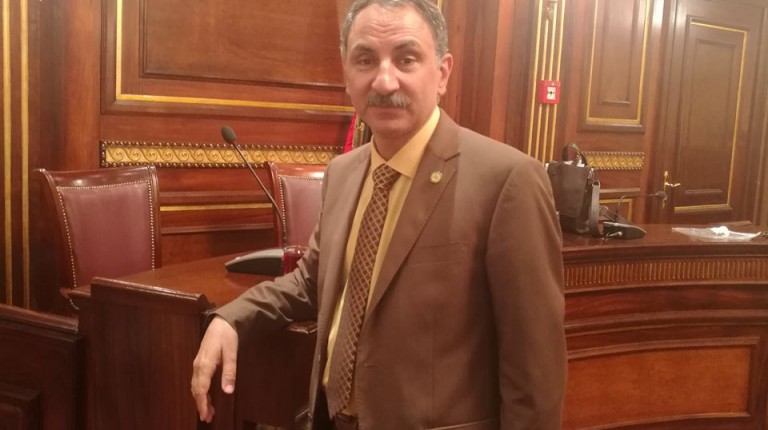 Egypt is Africa’s largest grain producer—and also the world’s largest importer of grain. The discrepancy between both attributes indicates an unmistakable deficiency in the country’s management of resources. For a long time, officials and institutions have been trying to detect from where the malfunction originates and how to fix it.

In May, the European Bank for Reconstruction and Development stated during a conference that Egypt might lose 10% to 20% of its wheat supplies, mainly due to problems in the infrastructure of the sector’s supply chain. A few months later, the parliament’s Fact Finding Committee started inventorying the silos and shounas across Egypt, to figure out the details behind the falsely reported wheat supplies.

Minister of Supply Khaled Hanafy has stated that the total quantity of wheat supplied during this season stood at 4.8m tonnes. However, the parliamentary committee announced in July that the false supplies index reached 50% during the current season, as losses were valued at EGP 7bn. Silo owners were not happy about being accused of falsely reporting their wheat supplies, and said they intended to submit a memorandum to the General Prosecutor, claiming the committee’s estimates were exaggerated and aimed to destroy the baking system.

The wheat sector was rattled again when Blumberg Grain threatened to exit the Egyptian market if its projects in the country did not solely fall under the supervision of the Armed Forces Engineering Authority, instead of the Ministry of Supply. The company had been implementing a development project of 300 shounas in Egypt, of which it completed the first phase, according to the Ministry of Supply.

Daily News Egypt conducted an interview with the head of the parliament’s Fact Finding Committee of wheat supplies Magdy Malak in light of the escalation of the falsely reported wheat supplies crisis and the committee’s preparation of a detailed report on the crisis. The parliament has formed a Fact Finding Committee to inspect various silos and compare them with the reported supplies.

How much are the falsely reported wheat supplies worth?

The amount of falsely reported wheat supplies in silos and shounas range between 2m and 2.5m tonnes, and are worth at least EGP 4bn. It reflects how badly the annual bread subsidy is being drained.

The committee is doing its best to complete its report and submit it to parliament speaker Ali Abdul Aal. The committee collected 30,000 documents through inspection and inventory operations in 10 silos out of 135 storage centres owned by the private sector. Those acquire about 3m tonnes of wheat supplies.

These silos were selected randomly in different governorates, as there are other regulatory authorities inspecting another 100 storage centres.

When will the committee submit its report to Abdul Aal?

The report will be submitted during the coming week. The general secretary of the House of Representatives will establish a special session to discuss the report and its recommendations, which the government will be obligated to implement.

Those involved in corrupt operations will be interrogated to uncover fraud in the falsely reported wheat supplies during the current season.

The fraud in wheat supplies has been going on for years, but became significantly visible during the past two years. The parliamentary committee inspects the silos precisely to present actual and accurate results.

Are there any requests from the Ministry of Agriculture and Supply, or any other ministries?

The baking system is in good shape and has recently been well-received by the Egyptian society. However, there are many problems related to the companies that issue supply cards, which offer subsidies on a number of commodities. Those companies were infiltrated, and working with these companies once again should be reconsidered.

The Ministry of Planning is a link between the Ministry of Supply and these companies. Currently, the judiciary is looking into litigations related to that issue.

The Ministry of Planning is re-assessing the lists of subsidy beneficiaries to exclude those who are not eligible or who live abroad, in order to determine the exact number.

The increasing litigations in the case emphasise how the baking system is being drained. Thus, the state loses money, and the subsidies do not reach those who deserve it. This system is being used to cover up the false wheat supplies.

The Ministry of Supply and Internal Trade announced that the supplied amounts of wheat to the silos and shounas reached 4.8m tonnes during 2016.

Is it true that there is mounting pressure to stop the inventories?

The government assured that the parliament’s recommendations will be implemented. The president is also following up on the situation on a daily basis, and there is constant communication with the parliament speaker and the ministries.

The Ministry of Interior shut down one of the silos that had falsely reported its wheat supplies and had tried to cover up the discovered deficit.

The parliament is serious about reforming the system and the government is obligated to implement all the recommendations issued by it regarding this issue. This is needed to preserve the people’s rights and the people’s money, especially during those difficult economic times.

The wheat storage centres owned by the private sector acquired roughly 3m tonnes of the announced amounts of the wheat supplies during 2016.

What is the situation of the Egyptian Holding Company for Silos and Storage and the private sector?

The committee inspected 10 out of 135 sites owned by the private sector. The largest irregularity found reached EGP 173m in one silo—an amount that reflects the level of looting and theft of money that should be directed at subsidies.

The Egyptian Holding Company for Silos and Storage signed agreements with silos in the private sector, despite owning silos that have a storage capacity of over 1m tonnes. Some silos are not eligible and do not match the terms, conditions, and guarantees of the storage process.

The news about pressure imposed on the committee to stop the inventory is not accurate. Across Egypt, there are 517 sites for grain storage. The inventory requires at least a year and a half to be completed. By that time, we will have started a new wheat season, which does not make sense.

All concerned ministers, including the ministers of supply, internal trade, agriculture, industry, and foreign trade, have been summoned for questioning about violations.

The committee and its members finish their work late every night in order to finalise the report, announce the results, and present it to the parliament.

False inventory is the beginning of falsely reported supplies. Wheat is delivered based on this initial inventory. Moreover, subsidies on fertilisers are also provided based on that inventory, as other crops do not get subsidised fertilisers.

The inventory on which the amount of wheat supply was based was 40% higher than the actual size of lands cultivated for wheat.

There is no doubt that some wheat importers want to keep things as they are, but the state and all of its bodies are determined to counter corruption. The supply chain will see overall development, beginning with farmers and monetary subsidies, all the way through to silos.

How do you see the silo development process in the coming period?

Blumberg has developed 93 out of 105 silos as a first phase, but they have not been utilised. The entity responsible for that will be questioned, as it wasted public funds. The company’s financial and technical offer was refused in the second phase for developing 300 shounas.

We will demand the development of existing silos and the construction of new ones, instead of the old dirt silos that raise the rate of damaged wheat, which also leads to wasting public funds and harming the health of Egyptians.

The committee that carried out the inspection was formed by the parliament. It included representatives of the Armed Forces Engineering Authority, ministries, and SGS, a company specialised in inspection and verification. The Public Prosecutor’s latest decision proved that the committee was neutral and credible.

The criticism of silo owners towards the committee is understandable. The committee stands before a series of bulletproof facts, and there are attempts to use the lack of monitoring to blur the facts.

The committee will advise to stop importing wheat to ensure a more accurate supply that prevents mixing imported wheat with domestic wheat.