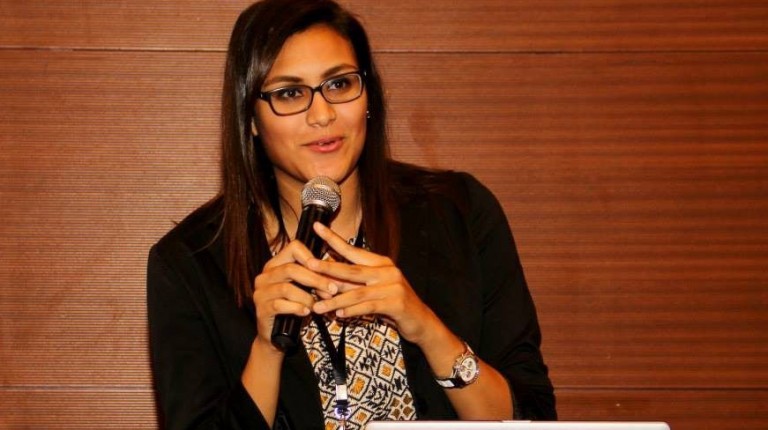 It’s not uncommon for application developers to face technical problems, which then lead to problems for app users─the exact thing developers want to avoid. This problem prompted two young Egyptians, Omar Gabr and Moataz Soliman, to establish Instabug in 2013.

The Egyptian company helps application developers examine their apps before launching them in the market. It amends the technical errors in the new apps and informs the producing companies of any problem once the apps are officially launched.

Instabug is an Egyptian startup which has spread globally, and recently managed to receive investments worth $1.7m. Most of the company’s customers are major world brands in telecommunications and information technology .

Instabug was ranked among the top 20 emerging companies in Egypt during 2016, and, this month, Forbes Middle East magazine features the company’s founders on its cover.

Daily News Egypt conducted an interview with the company’s marketing manager Yasmine Helmy. She said that Instabug serves more than 12,000 apps, and plans to reach 30,000 apps before the end of 2016. The company also plans to open a new branch in the United States, especially as 70% of the company’s customers are in the American market.

When did the company start? What kind of services do you offer?

Instabug was launched in the Egyptian market in 2013 by Omar Gabr and Moataz Soliman. This was after they graduated from the regional startup accelerator programme Flat6Labs.

The company mainly provides assistance to app owners by examining their apps before they are launched. We insert our programme into the new apps to detect technical defects and gaps that may appear when using the apps.

Instabug also helps users of smartphone apps to send reports to application developers in case of facing any errors or problems in an easy and simple way.

What is the status of the company’s investments?

Instabug has succeeded in obtaining investments worth EGP 100,000. The company started by offering its services to many companies inside and outside Egypt, which helped the company expand regionally and internationally.

Flat6Labs offered us financial support as well as a main headquarters. They also offered us legal and financial consulting during the official establishment of the company. Flat6Labs provided our company with software and mobile phone app specialists who helped us develop our services.

Afterwards, we obtained an investment worth $300,000 from The Cairo Angels. When we expanded our services at the regional and global level, we managed to attract investment from an American business incubator worth $120,000.

In recent months, we also received an investment worth $1.7m from Accel Partners.

What is the company’s plan to attract new investments in the coming period?

Instabug has increased its staff to 25 youth and plans to recruit five youth every month, until they reach 50 employees by the end of the year.

We are not targeting any new investments this year, as we can secure our expenditures from the company’s revenues. The recent fund helped us purchase a new headquarters for the company and increase the number of staff members. The rest of the fund will be directed at the expansion of our services because more than 90% of our customers are outside Egypt.

How many customers does your company have and what is your plan to increase your customer base?

Instabug provides its services to more than 12,000 applications. We have a plan to increase them to 30,000 by the end of 2016. Our users have amounted to approximately 450m users, most of which are companies.

70% of our customers are from the United States, in addition to 20% from the Gulf area and some European and Asian countries. Companies represent about 70% of Instabug’s customers, while the remaining 30% are individuals.

Who are your most prominent customers?

Many international brands benefit from our services, the most prominent of which are PayPal, SoundCloud, Yahoo, Buzzfeed, Tilt, Xiaomi, Verizon, Hilton, Souq, Philips, and Mashable.

How does your company make revenues?

Some of our services are provided for free, while the subscriptions start from $50 and reach $350, according to the kind of services. Moreover, we provide some special services to large companies for up to thousands of dollars. As for our payment methods, we receive the money through credit cards.

What are your expansion plans for the upcoming period?

We established a second office in Egypt. In addition, we are planning on expanding our services through enlarging our team. We are working on discovering the defects or gaps in the application and will fix them immediately according to the customer’s needs, which requires having a large team.

The company is planning to establish an office in the United States soon, especially given that the majority of the customers are in San Francisco’s Silicon Valley.

How do you find the entrepreneurship ecosystem in Egypt?

The impact of that has been evident in many success stories achieved by Egyptian startups. For instance, we have been ranked the first among the top 20 startups in Egypt by Forbes Middle East. That is the result of the development of the entrepreneurship ecosystem in Egypt.

What advice would you give to entrepreneurs?

The entrepreneurship field needs venture capital, which investors in Egypt have started to realise recently. Moreover, the investors have to trust young people’s ideas.

As for the entrepreneurs, they must settle a strong and precise plan in order to be able to attract the investments their projects need. In addition, they must form a coherent work team to be able to achieve success. Furthermore, the service or product they provide must be based on innovation, which helps them expand regionally and internationally.

What are the major challenges facing entrepreneurs in Egypt?

Venture capital funds and business incubators in the local market are not enough compared to the number of entrepreneurs, which is increasing rapidly and creating a challenge. Many startups end up not moving forward because of the lack of investment.

The entrepreneurship ecosystem in Egypt needs business incubators and investment funds in order to grow and provide a chance for new startups to emerge, especially given that young people are the backbone of the country and represent about 60% of the population.

Just pumping investments into the system is not enough for entrepreneurs in Egypt. Young people must be assisted with starting their projects and establishing companies. Moreover, specialised consultants in the fields they work in must be enabled for them, in addition to supporting them financially.

Entrepreneurship in the local market is suffering a shortage in investments. However, relatively, that suffering has started to decline, as investors have started to realise the importance of the Egyptian market and the innovative ideas it has. Moreover, the entrepreneurship market in Egypt appears as if it will grow and succeed in the coming years.

The laws stand as one of the most important challenges. Most of them are not suitable for the sector and need to be amended to keep pace with the present time.