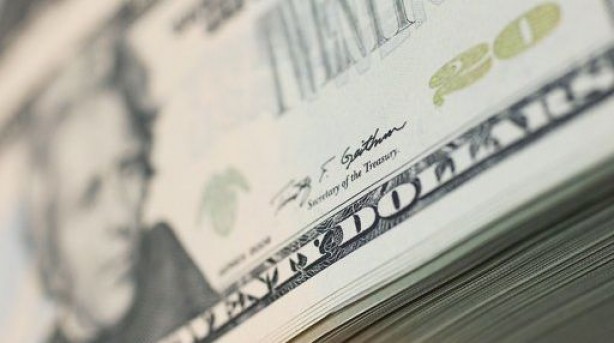 Egypt and the International Monetary Fund (IMF) delegation agreed that the Central Bank of Egypt (CBE) would postpone unifying the exchange rate until the first tranche of the loan arrives, according to an official source close to the negotiations.

An IMF delegation is currently visiting Egypt to discuss a $12bn loan, which should support the country’s economic reform programme. The unification of the US dollar exchange rate will be based on supply and demand and aims to unify the rates of the formal and informal market.

According to the source, Egypt is currently working to increase foreign exchange reserves to secure imports over four months. This, he added, will enable the government to intervene and unify the exchange rate through negotiating with Arab countries about deposits, and to receive the first tranche of the IMF loan—expected to be $2bn—in addition to receiving other tranches of loans from the African Development Bank and the World Bank.

Before pumping investments into Egypt, foreign businessmen and investment entities believe that the Egyptian pound should be devaluated, as its value is currently overestimated and does not reflect the situation of the Egyptian economy.

The official exchange rate stands at EGP 8.88 against the US dollar. Meanwhile, on the informal market, the rate goes up to EGP 12.30 – 12.60, pushed by rising demand and falling supply, amid slowing tourism and lack of foreign direct investment.

The source said that obligating Egypt to control the exchange market will be a main prerequisite for the IMF approval to lend Egypt the remaining tranches of the $12bn loan. Another crucial factor would be the country’s progress with its economic reforms.

Former IMF assistant managing director Fakhry El-Fekky said that Egypt is quickly moving forward with the loan, adding that the government has begun to implement reforms related to energy subsidies, the value-added tax (VAT) law, and approving the Civil Service Law to reform the administrative apparatus of the state.

“The quick steps of the Investment Ministry to offer state-owned companies on the Egyptian Exchange so as to broaden the ownership bring Egypt closer to the loan,” he noted. “Reforms underway now in Egypt are a key component of the IMF vision, which it had been negotiating with consecutive governments since 2011.”

El-Fekky added that the mission is concerned about Egypt’s commitment to the implementation of reforms and its ability to follow up on them, especially as these reforms may stir anger on the streets considering their inflationary impact on prices.

Egypt has recently raised the electricity prices across all segments as part of its plan to cancel subsidies entirely over the coming years. This is expected to be followed by a raise in the prices of natural gas and gasoline. Moreover, the state has been on a quest to prioritise public spending by cutting any extra in government wages.

The source said that Prime Minister Sherif Ismail and CBE governor Tarek Amer agreed to raise foreign exchange reserves through loans from the IMF and the African Development Bank before unifying the exchange rate.

Parliamentary sources said the government demanded that the House of Representatives raise the number of goods and services that will be included in VAT pricing. In exchange, the tax would be reduced from the proposed 14% down to 12%.

Members of parliament, who spoke on condition of anonymity, confirmed that they upheld the exemption of eight goods and services from the tax, in addition to decreasing the tax to 12% in a bid to lower the inflation rate, which is expected to rise, as electricity prices increased recently.

This move came as the IMF delegation currently visiting Egypt objected to the government’s expansion of the number of goods and services exempt from the VAT.

The CBE’s strategy to encircle imports failed to save dollars

It is too early to talk about IMF loan: Minister of Finance