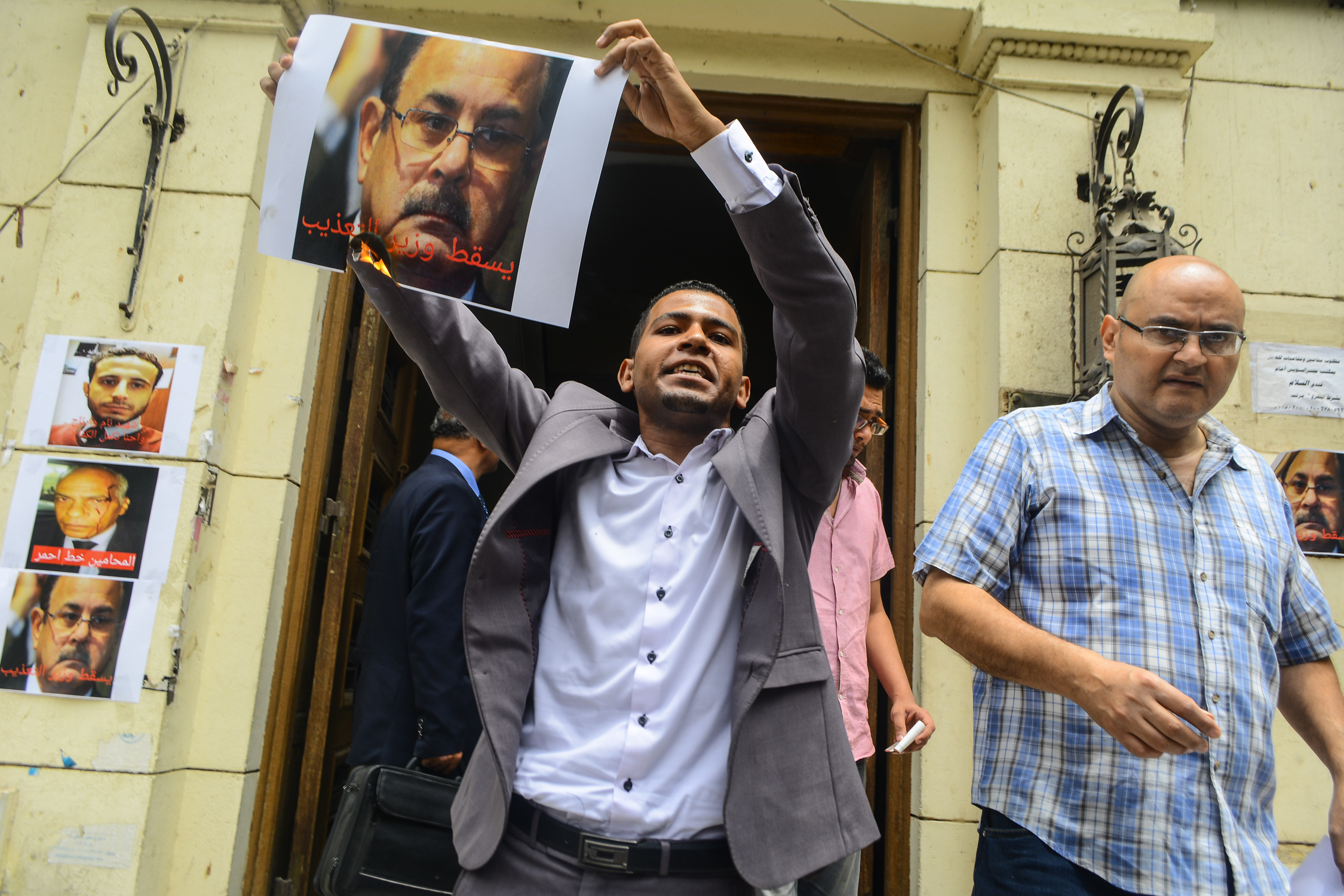 Lawyer and member of the Lawyers Administrative Council in Port Said Mohamed Eid claimed on Tuesday that a non-commissioned police officer assaulted him along with two thugs in Port Said governorate, according to a statement.

The incident took place on Mohamed Ali street in Port Said on Tuesday evening, after Eid returned from Hurghada where he had been on a trip organised by the syndicate’s administrative council (including himself). The non-commissioned police officer insulted and assaulted the lawyer with the help of thugs.

Eid issued a statement clarifying the motive for the assault, saying that the non-commissioned police officer’s wife Ahlam Said, who is also a lawyer, was also on the trip to Hurghada. She alleged that Eid assaulted her during the trip.

“[His] wife claimed that I assaulted her, which is not true. She was not satisfied with the programme of the trip organised by the administrative council [and myself], so she called her husband who hired two thugs and assaulted me,” the statement read.

Eid was shocked when immediately upon his arrival to Port Said the non-commissioned police officer approached him directly and assaulted him with the two thugs. This took place in front of Eid’s home, according to his statement.

The Lawyers Syndicate in Port Said prepared a full report on the incident and referred Ahlam Said to investigations. The syndicate then issued a statement to say that Ahlam Said has been suspended from performing her duties as a lawyer following the official notification from Eid to the syndicate.

“The Lawyers Syndicate council in Port Said decided to refer Ahlam Said to investigation, suspending her from practising law. All governmental and non-governmental institutions have been notified to not deal with Ahlam and the prosecution was notified to take the necessary measures,” the statement read.

While Eid should be involved in investigations, it is unclear as to whether he was also suspended from practicing law.

Earlier in June, Walid Nassar, a lawyer based in Rashid and lawyer for a housing association in Beheira, met with the police chief in Rashid and was informed about a decision to demolish a building belonging to that association.

An altercation took place between both parties as the lawyer legally objected the decision. The police chief ordered security to take the lawyer out of his office. The lawyer fell on the floor and sustained injuries to his head, chest, and elbows—it is suspected that he was assaulted by the security personnel.

Confrontations between lawyers and police members have been on the rise since the beginning of 2016.

In early May, 12 lawyers received arrest warrants for protesting without a permit in front of the Lawyers Syndicate on 23 April.

During the same month, two lawyers were assaulted by officers from Dokki police station as tensions escalated between lawyers and police over the arrests of protesters against the maritime demarcation accord between Egypt and Saudi Arabia over the Red Sea islands.